In Michelle Dörendahl’s letter, which is aimed at Canberra’s ­Parliament House, she blamed the family law system for failing her and her daughter

A grieving mother has written a heart-wrenching letter after her estranged partner killed their four-year-old daughter in an horrific murder-suicide.

Greg Hutchings, 35, and daughter Eeva Dorendahl were reported missing on January 11, 2014 after the father failed to return the girl to her mother earlier that day.

Michelle Dörendahl has shared how she had been anxious about Eeva spending time with her father, as she believed there were risks.

He had been abusing alcohol and prescription medication and had made threats about taking Eeva away, she wrote in her letter aimed at Canberra’s ­Parliament House calling for change to the legal system.

‘He was not happy with my ­decision to separate and told me he would take me to court and take Eeva away from me. And that is exactly what he did,’ she wrote. 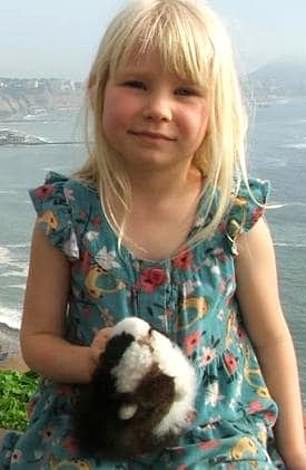 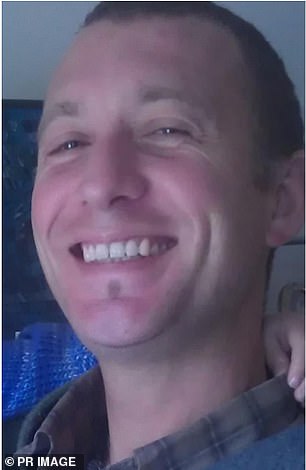 The bodies of Greg Hutchings and four-year-old daughter Eeva Dorendahl were found under a large pandanus bush in an area north of Pottsville, NSW, on January 28, 2014 – 17 days after they had gone missing

‘He was not physically violent, and without the physical evidence of his abuse, I had nothing I could prove during our family law ­proceedings. He was intelligent and well spoken, presented well … I felt pressured to give in. He simply used the family law system as part of his control and manipulation of me.

‘That my daughter Eeva is not here today is a direct result of the failings of the system … These are failings which impact on families like mine every day.’

Her letter will be included as evidence in the proposal, which will be presented this week.

Chief executive Angela Lynch told The Australian that decisions were being made by a system that does not properly acknowledge domestic violence.

She said there are specialist courts for drug issues within the criminal system, which results in better outcomes – she said the same was needed for family law. 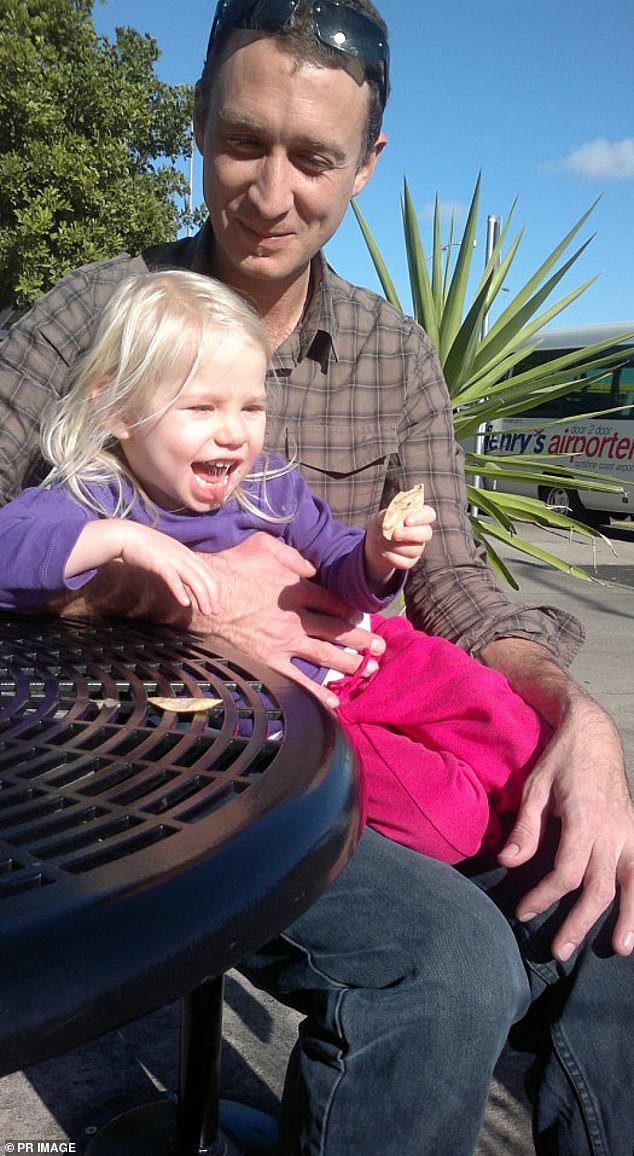 A coroner’s report released on Tuesday revealed the events leading up to the pair’s deaths and determined Eeva died ‘as a result of her father’s actions.’ A cause of death could not be established due to the decomposition of their bodies

She said until there was a system that was able to properly deal with family violence, the safety of children would be put at risk.

The couple had separated in 2011, when Eeva was two years old, and had entered into a parenting plan in which Hutchings would have his daughter once a week and extra days depending.

Hutchings had had custody of Eeva for Christmas break in 2013 and the two had spent the holidays with his mother in Pottsville.

Ms Dorendahl was expected to pick up her daughter on January 9 and had been communicating with her estranged partner in the days leading up to their disappearance.

The coronial inquest report described the messages between the parents as ‘polite’ and giving ‘no indication that [Hutchings] was an immediate danger to Eeva or himself.’

Three days before Eeva was to be handed over, Ms Dorendahl, who was pregnant at the time, had emailed her estranged partner asking about the handover arrangements.

‘Hi Greg, Please advise me what time you will be arriving at Nambour station with Eeva. Thanks, Michelle,’ the email read.

Hutchins replied the following day saying: ‘Hi Michelle, Sorry grandma was on my phone and I didn’t get your msgs til after Eeva’s bedtime. She is fine and happy, but I’ve been up all night vomiting and with the runs. 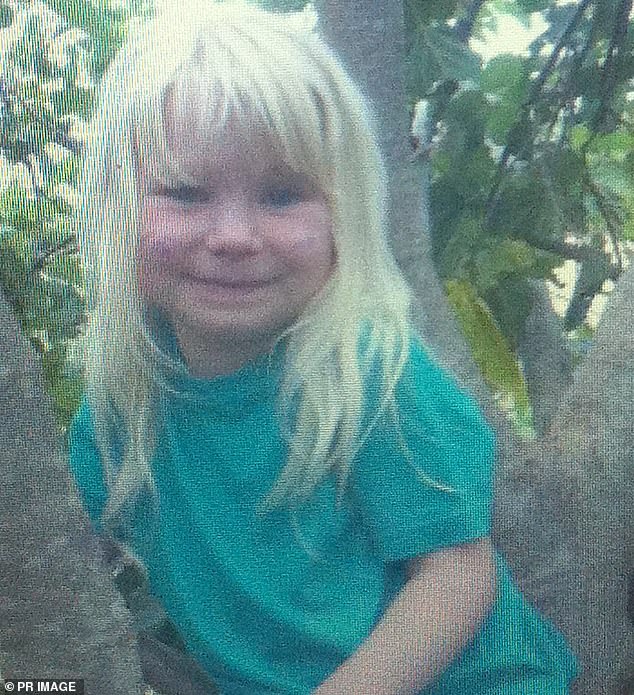 Eeva’s mother, Michelle Dorendahl was expected to pick up her daughter (pictured) on January 11 and had been communicating with her estranged partner in the days leading up to their disappearance

‘I can’t do 9 hours public transport today. You’re welcome to come pick Eeva up at Pottsville today or I will bring her to Nambour tomorrow or Saturday when I’m better.

‘Happy to pick Eeva up a day or two later next visit to make up the time.  Not withholding so don’t make a big deal out of it, just let me know. Skype around ten am if you like and call whenever you want. Sorry again for the muck around, I think it was something I ate. Truly, Greg.’

The next day, Hutchings sent a follow up email explaining he was still sick, but offered Ms Dorendahl the chance to pick up her daughter a day early.

‘Hi Michelle, I’ve had another rough night but a bit better than the last one. Eeva has been up and is a bit cranky but not sick- Im letting her sleep in for a bit.

TIMELINE OF EEVA AND GREG’S DEATHS

Michelle emails Greg asking about pick up arrangements for Eeva

Greg sends Michelle a string of ‘polite’ text messages explaining he is sick and will be unable to hand over Eeva. He stresses their daughter is ‘fine and happy’

Michelle arranges to pick up Eeva at Greg’s house but he tells her they will be at a nearby river next to a park.

‘Let me know it you want to come pick Eeva up today, otherwise we’ll be on the train to Nambour tomorrow. If you want to skype about lunchtime will sign in, and you can call anytime Sorry again, Greg.’

Ms Dorendahl Skyped with her daughter that day. She had no idea it would be the final time she saw her alive.

When the day of the handover finally came, Hutchings informed Ms Dorendahl that he was still feeling unwell but told her she could pick up Eeva any time.

Ms Dorendahl replied that morning saying she would arrive to collect her at around 1.30pm, but later received a text message from Hutchings during her journey over that he would be taking Eeva to the park.

‘Taken Eeva to the river mouth next to the park at Postville (sic). Call when you get here if you don’t see us,’ he said.

Ms Dorendahl arrived at Pottsville around 1.45pm and called Hutchings but received no answer.

She waited and searched the area for about an hour before going to Hutchings’ house where his mum told her neither he nor Eeva were home.

Dorendahl went to Kingscliff Police station to report a ‘custody issue’ and explained her daughter’s father had failed to return Eeva.

Police did not immediately consider it a missing person case but began to search for the pair that day.

When they interviewed Hutchings’ mum Diana, she told officers that her son suffered from depression and was taking medication.

She later disclosed that he had suffered a ‘mental breakdown over a relationship’ about five to six years earlier.

Further investigation revealed Hutchings’ long history with depression as well as the fact that he had attempted suicide on three separate occasions.

He had reportedly been concerned over her plans to take Eeva to Finland, where she grew up, and tried to prevent them from travelling by taking his daughter’s passport weeks before the trip in 2011.

During an interview with police, Hutchings’ sister Sheri Hutchings said she had spoken to her brother weeks earlier and he had told her ‘that he did not want to give Eeva back.’

Ms Dorendahl later told police that it was possible Hutchings might want to kill his Eeva because he knew it ‘would destroy’ her.

Hutchings’ and Eeva’s bodies were found on January 28, 2014, approximately 1.1 km from where Hutchings lived.

Police said Eeva’s body did not show any ‘obvious signs of wounds or injuries,’ but suspected she could’ve been smothered or poisoned, since Hutchings’ medication was found at the scene.

‘This might have taken the form of deliberate smothering, manual strangulation or drug toxicity from an unknown substance. Blunt or sharp force injury such as from stabbing or bludgeoning causing death could be excluded based on an absence of…other evidence in clothing,’ the report states.

An autopsy listed Hutchings’ cause of death as a ‘presumed drug overdose.’