A new study has revealed staggering income inequality in Silicon Valley and an astonishing lack of diversity within its top technology companies.

Among the most dramatic findings were that 10 ‘large tech companies’ – which were not named specifically – employ zero black women, and the net worth of the top 10 richest people in Silicon Valley – all of whom are white men – is an eye-watering $248billion.

‘These statistics show that white supremacy is operating in most all of the institutions and systems in Silicon Valley,’ lead researcher Dr Scott Myers-Lipton told SFGate.

Silicon Valley, which sits just south of San Francisco on the California coast, is known as one of the nation’s richest areas, with more than 76,000 millionaires and billionaires calling it home, according to the report.

It found that 57 percent of Latino households and 46 percent of Black households are not sufficient, earning an average per capita income of $28,960 and $40,886 respectively.

‘Does that seem right to have such a high level of inequality, particularly when 46 percent of Black households and 57 percent of Latino households are not self-sufficient?’

He continued: ‘As a sociologist, I am used to analyzing statistics that deal with racism and income/wealth inequality.

‘But when you see the 65 statistics from the Silicon Valley Pain Index laid out from 0 to 307 billion, the results are shocking.

‘In every case, whites have the advantage over people of color.’ 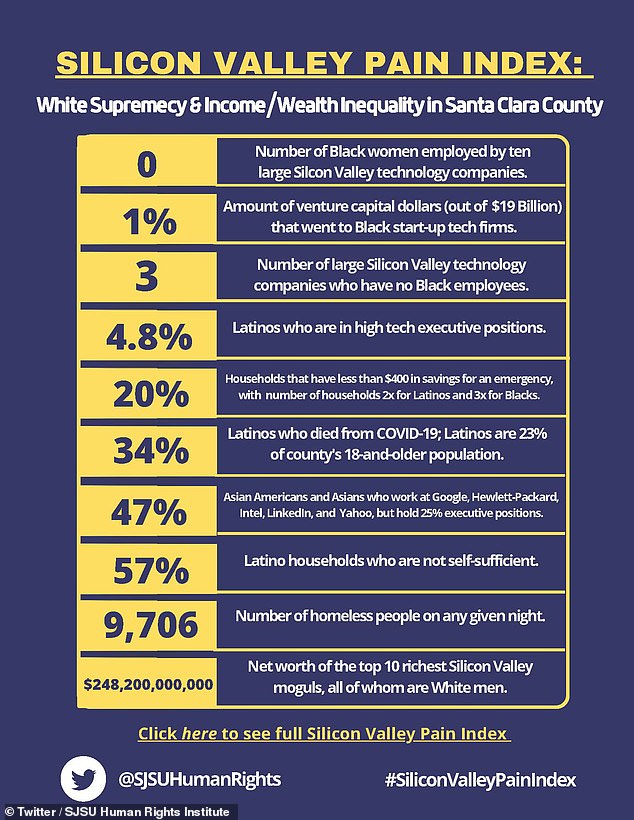 The research revealed that three large tech companies have zero Black employees, and the vast majority of executive positions across all firms in the area are filled by white employees.

Seventy percent of executive positions at Google, Hewlett-Packard, Intel, LinkedIn, and Yahoo are white, despite making up just 46 percent of the workforce at those companies. 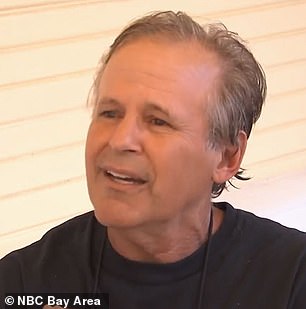 Myers-Lipton said that his research team, Reveal News, is in the process of suing to find the names of the 10 tech companies that don’t employee a single Black woman.

The SJSU Human Rights Institute plans to release the Silicon Valley Pain Index annually, with a goal of monitoring various institutions year by year to see which are making progress and which are not.

Researchers announced the findings at a press conference on Tuesday afternoon in front of SJSU’s Martin Luther King Jr library.

The Rev Jethroe Moore, president of the San Jose/Silicon Valley NAACP took the microphone briefly to call out big tech companies for making money in the region without doing enough to help its minority communities.

‘You sit there with your fat wallets, and don’t take care of this valley,’ he said. ‘Stop pimping the people.

‘America will never be America until it fulfills its dream, that all men are created equal.’

Read the full Silicon Valley Pain Index below or here. 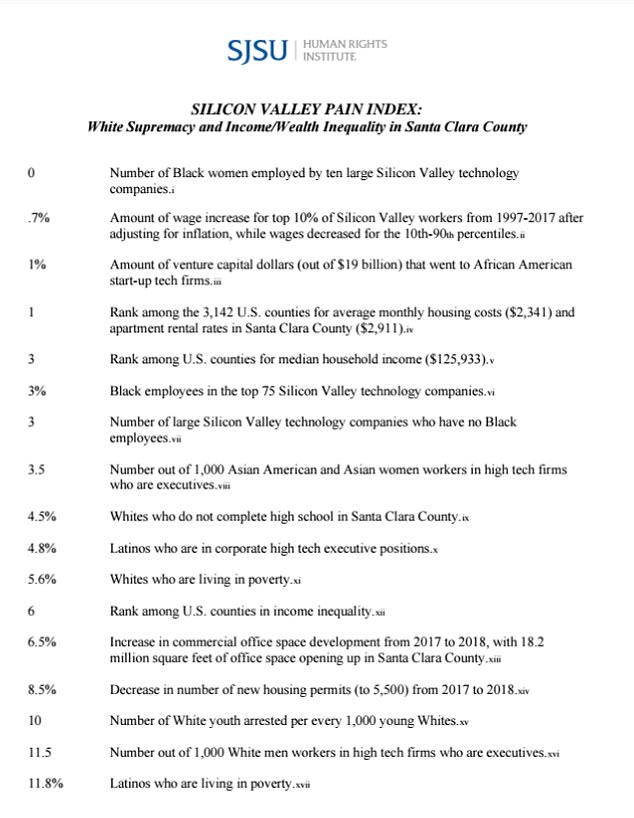 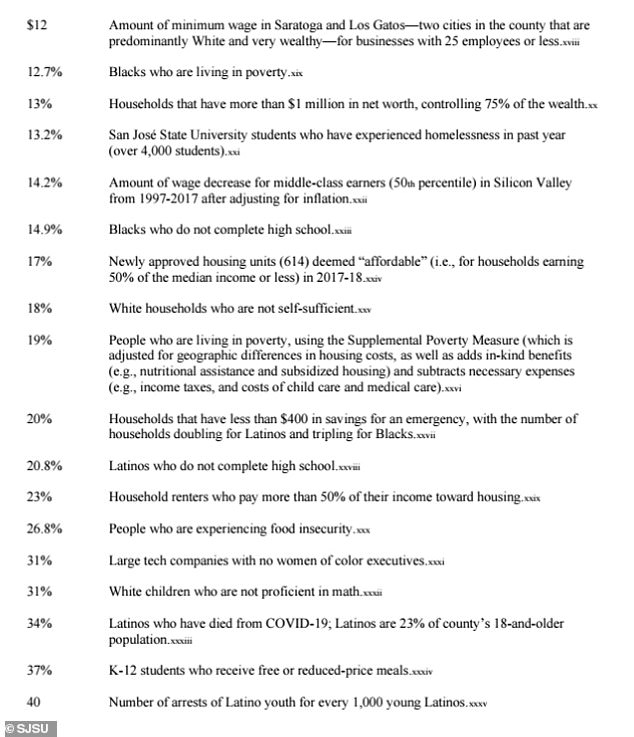 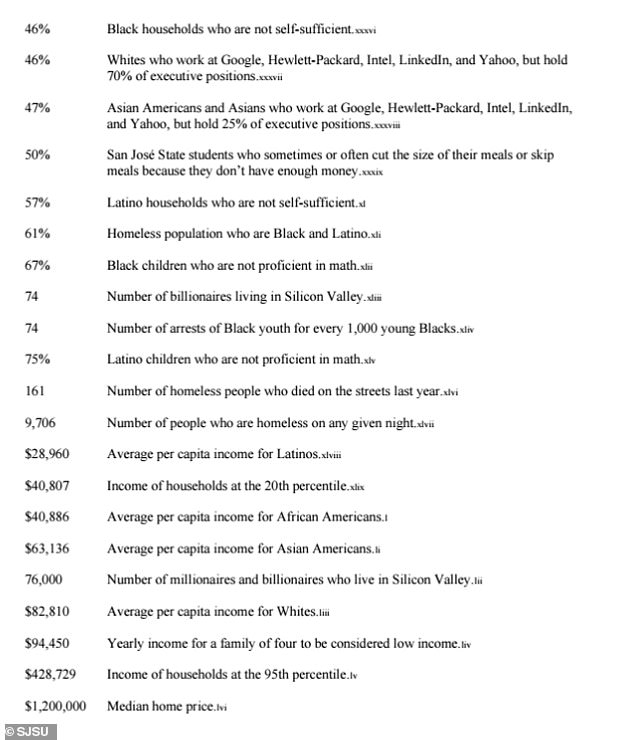 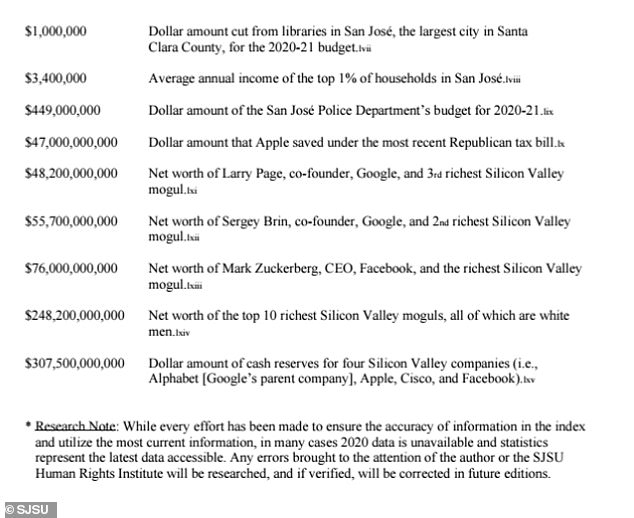