They are the places that helped put – and keep – Britain at the forefront of science.

Now the top ten locations in England for some of our greatest achievements and discoveries have been named.

They range from the imposing Royal Greenwich Observatory, the ‘home of time’ commissioned by Charles II, to the humble Jenner Hut, where Dr Edward Jenner performed his first smallpox vaccination in 1796.

And they span the reigns of Charles I, who granted a charter that led to the Ouse Washes engineering project to protect farmland from annual flooding, to Elizabeth II, with pioneering work in astronomy, genetics and nuclear power.

Birthplace of vaccines: The Jenner Hut in Berkeley, Gloucestershire, where in 1796 Dr Edward Jenner developed his vaccination for smallpox, the world’s first inoculation, helping save millions of lives 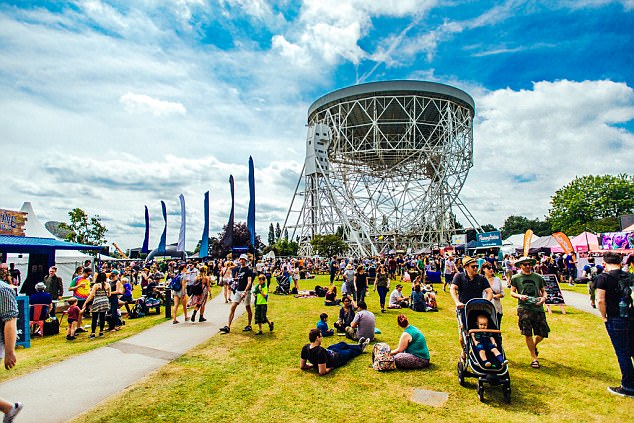 Eye on space: Jodrell Bank Observatory in Cheshire did pioneering astrophysics work and tracked probes during the space race Cracking the code: It was in Block H at Bletchley Park, Buckinghamshire, that codebreakers led by Alan Turing deciphered the Nazis’ Enigma code, a breakthrough said to have shortened the Second World War by several years

Among the more unusual choices is a replica of the water pump in Soho that was identified as the source of a deadly cholera outbreak, leading to huge improvements in public health.

Duncan Wilson, chief executive of Historic England, said: ‘Many of the inventions and discoveries in this list have changed the world.’ The home of time: The Royal Observatory in Greenwich played a fundamental role in navigation Genetic secrets: The MRC Biophysics Unit at King’s College London, which in the 1950s played a pivotal role in unravelling the double-helix structure of DNA

The same method will be used to select a further 90 locations for Irreplaceable: A History Of England In 100 Places.

Other categories include sport and leisure, judged by Paralympian Tanni Grey-Thompson, and music and literature, chosen by novelist Monica Ali.