Your daily look at late-breaking news, upcoming events and the stories that will be talked about today:

Trump arrived to shouting, chanting protesters with signs such as “It’s your fault” and “Words matter,” a reference to allegations his bellicose language has emboldened bigots.

2. WHAT MASS MURDERERS LEAVE BEHIND

The perpetrators often provide a treasure trove of insight into their violent tendencies on social media, but oftentimes it’s too late for law enforcement to act.

3. TEXTING TO 911 NOT QUITE MAINSTREAM

A casket is carried out of Rodef Shalom Congregation after the funeral services for brothers Cecil and David Rosenthal, Tuesday, Oct. 30, 2018, in Pittsburgh. The brothers were killed in the mass shooting Saturday at the Tree of Life synagogue. (AP Photo/Matt Rourke)

In most parts of the U.S., people still can’t reach 911 by texting – an especially important service during mass shootings when a phone call could place someone in danger.

An Indonesian transportation official says pings detected at sea in the search for the crashed Boeing jetliner are from its flight recorder because of their regular pattern.

The president warns of tent cities for asylum seekers, sending U.S. troops to the Mexican border and the end to the Constitution’s guarantee of birthright citizenship.

Asia Bibi, sentenced to death in 2010, is ordered freed in a landmark ruling that sparks protests by hardline Islamists and raises fears of violence.

Ketamine is finding new life as an unapproved – and expensive – treatment for depression and suicidal behavior.

The White House is concerned that money intended to help people exposed to the hazardous substance are being depleted by fraudulent claims.

9. GODZILLA STOMPS BACK INTO THEATERS

The monster returns as a fire-breathing animated character, but filmmakers say the plot is more focused on “human drama.”

10. WHO ARE TOP 4 TEAMS IN COLLEGE FOOTBALL PLAYOFF RANKINGS

In selections sure to change, Alabama, Clemson, LSU and Notre Dame would be the four-team semifinal field in early December. 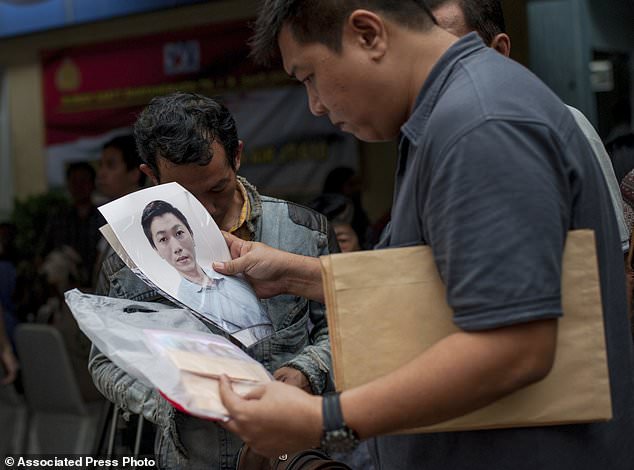 A relative holds a photo of a passenger of the crashed Lion Air plane at the police hospital in Jakarta, Indonesia, Tuesday, Oct. 30, 2018. Relatives numbed by grief provided samples for DNA tests to help identify victims of the Lion Air plane crash as accounts emerged of problems on the jet’s previous flight including rapid descents that terrified passengers. (AP Photo/Fauzy Chaniago) 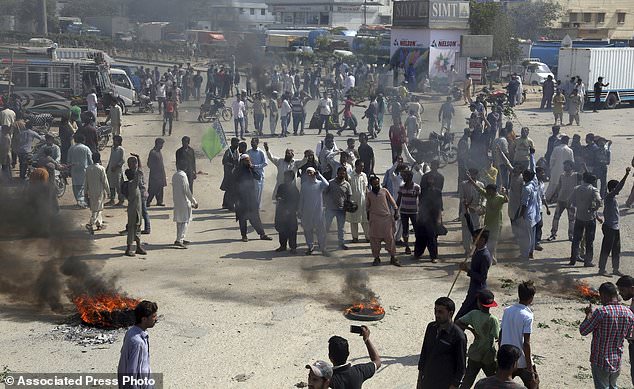 Supporters of a Pakistani religious group burn tires while block a main road during a protest after a court decision in Karachi, Pakistan, Wednesday, Oct. 31, 2018. Pakistan’s top court has acquitted a Christian woman who has been on death row since 2010 for insulting Islam’s Prophet Muhammad. In Wednesday’s verdict, the court ordered authorities to free Asia Bibi. (AP Photo/Shakil Adil)