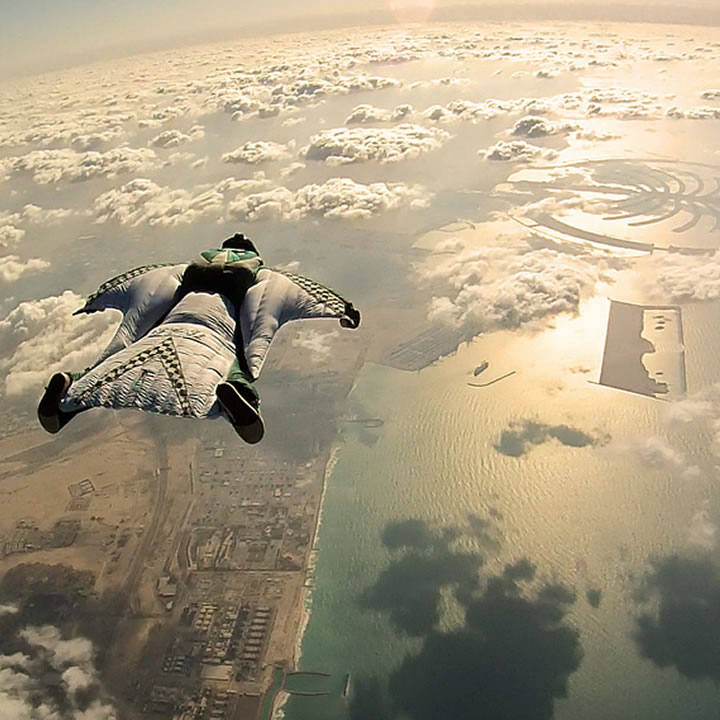 Many people reckon extreme sports are too death-defying, and even if that may be true, participating in an extreme sports event can be an amazing adventure of a lifetime. With the ongoing popularity of extreme sports competitions, people have discovered that watching these events in person is much more flabbergasting. If you are wondering which extreme sporting event to visit, here is a list of 10 most popular extreme sports events that will get you covered.

Amongst many other world’s greatest extreme running events, this thrilling foot race might be one of the most challenging ones to complete. Not only do you have to run during insanely dry air, but you must fight the scorching heat as you racing to the finish line. Temperatures at Death Valley reach unbelievable 130 degrees Fahrenheit, so it fairly earned its “most death-defying extreme event” title. The race starts at Badwater Basin 280 feet below sea level, and ends 135 miles later, at the base of Mount Whitney.

If you are up for something utterly riveting, then you might want to try the amazing wingsuit flying. Also called flying squirrels, these specialized jumpsuits are designated to add lift with the ability to glide you through the sky over magnificent distances. In other words, this is extreme horizontal skydiving. Fliers jump from Tianmen Mountain and descend from a height of almost 5,000 feet, gliding about 3 miles and then parachuting to the finish line.

One of the oldest active extreme sports events, also known as “Grand Prix of Endurance and Efficiency” takes place in Le Mans since 1923. It’s not all about speed, it’s about juggling the technical and mechanical car requirements, burning the tires and hitting the breaks correctly while trying to test the stamina of the three-man driving team. The winner is determined by minimum time.

The X Games might be one of the most popular extreme sports competition that features various stunts and freestyle tricks in skateboarding, motocross, snowboarding, rallycross, BMX ride, and other 11 disciplines. Originating in the native USA, over the years the competition has expanded to China, France, Australia, Norway, Spain, and Germany.

Freediving might sound like a mundane sport, but diving into the deep, scary blue waters in a single breath is more than extreme. At Dean’s Blue Hole in the Bahamas is held annual world’s deepest freediving event, where the participants have to sink into 397 feet deep hole on a single breath. This is truly only for the brave. Besides having to hold your breath for 4 minutes, you need to fight hallucinations, nausea, panic, and even blackouts.

Freeskiing,  snowboarding to an amazing and dangerous terrain is what awaits every participant in the annual Freeride Festival in Alaska. Those who desire to ski or snowboard at some of the world’s wildest terrain should come prepared since this festival offers one of the baddest freeriding terrains there is.

Cliff diving is undoubtedly one of the most spine-chilling extreme sports which requires perfect precision and skill. Spectators watch the divers take the most mesmerizing plunge from enormous heights while doing difficult acrobatic twists, turns, and flips on their way down, reaching the sensational 53 mph speed. Red Bull Cliff Diving competition has been held all over the world displaying fantastic dives.

Rock climber and free solo climb are a popular extreme sport, but once you throw in some ice it gets even more daunting. Every March there is an annual Ice Climbing World Cup in Kirov which attracts winter extreme sports lovers. Participants in this competition have to race up a sheer ice wall with nothing but two ice picks in their hands and spikes on their shoes are only gear. This competition requires serious agility, patience, strength, and even guts.

The Calcio Storico Fiorentino is a combination of soccer, wrestling, and rugby and it originated in Florence back in the 16th century. It’s a brutally violent sport where four teams of the neighboring cities play against each other. This historic sporting event is extreme by all means since the participant has to do whatever is in their power to score the point. The final match is played on 24th June on St. John the Baptist day.

Be prepared to encounter one of the most massive waves on the globe at the Rio Pro surfing contest. These huge waves are the product of a fierce and roaring ocean, so the participant who is willing to sign up for this competition must be a real adrenaline junkie. You have to handle the board carefully, and fight some of the best and toughest Mother Nature’s waves.

Tackle your fear, put these events on your bucking list, and witness the most insane extreme sports on the planet.