This is the moment a mass brawl broke out at an outdoor swimming pool in Berlin on Sunday, with 100 young men fighting each other.

The huge fight broke out after one group sprayed another with a water pistol at Sommerbad am Insulaner in the German capital’s Steglitz district.

This is said to have developed into a verbal and then a physical argument.

A total of 13 police vehicles arrived with one hundred officers rushed to the scene and arrested several people.

The by-stander footage shows how security and failed to prevent a fight breaking out, but within seconds there was nothing they could do but stand and watch.

Many families were present at the popular outdoor pool, who were there to enjoy the hot weather over the weekend, had to run out of the way of the fight.

The video shows children standing in a crowd while in the background mothers jumped up and rushed their kids to safety. 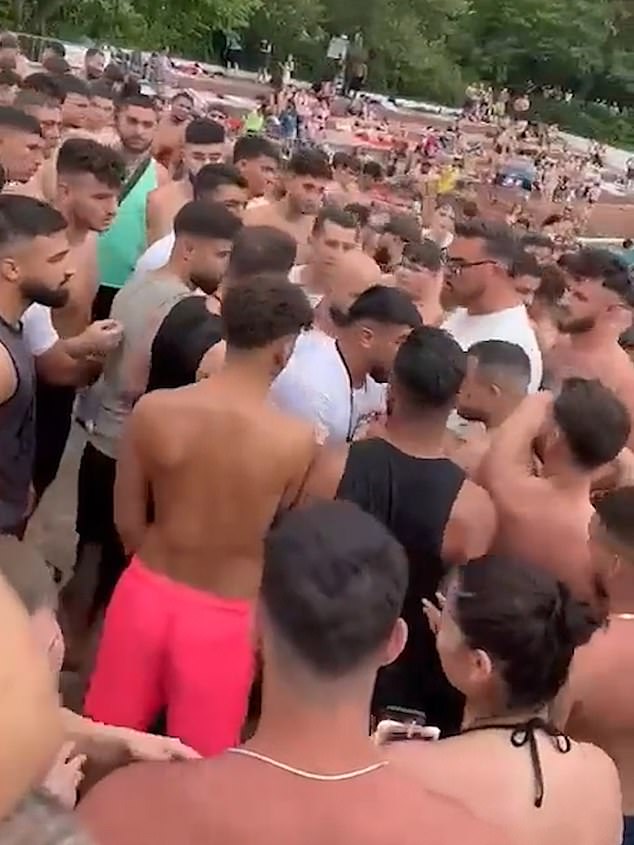 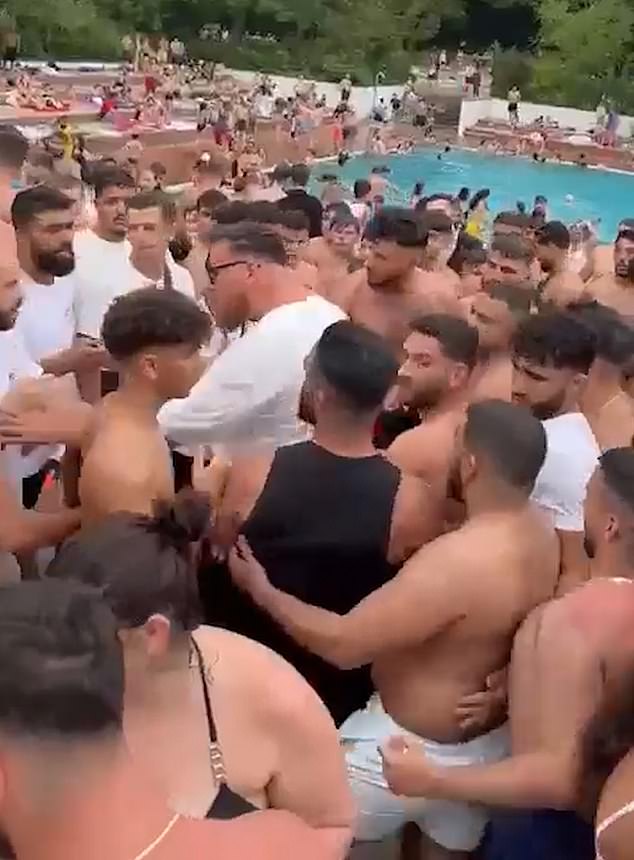 The situation could have been avoided if there were better controls at the entrance to who comes into the bathroom, said Rainer Wendt, head of the German police union, to BILD.

‘It is the task of the organiser to carry out the identity checks and also to control them and limit them if necessary. We must not give up the public space to these violent thugs.

‘Every discotheque owner who has a decent bouncer can ensure that such a clientele is not let in. The police can’t always come.

‘The police are a law enforcement agency, not a lifeguard club. We cannot be present in all swimming pools with hundreds. That is the job of the organisers.’ 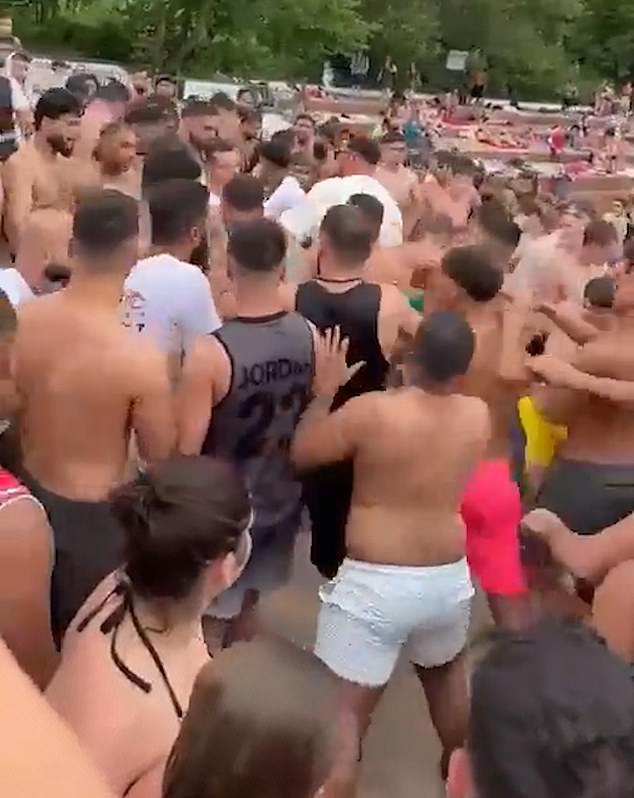 In a short space of time dozens of angry men were chasing after another group, while other swimmers were forced try quickly get out of the way 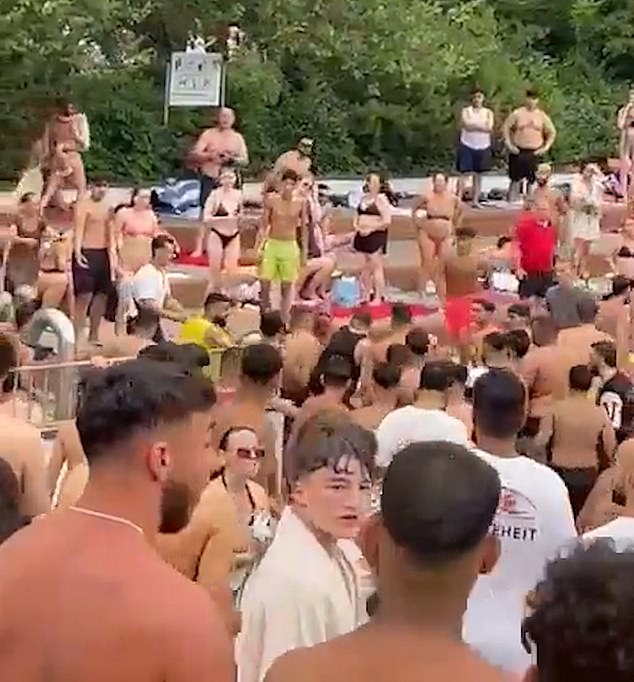 The police arrived in large numbers and were finally able to calm the heated atmosphere.

According to the investigation, four people aged 23, two ages 21 and a 15-year-old are suspects.

A 21-year-old is also being investigated for dangerous bodily harm – he is said to have hit a 23-year-old security officer at the swimming pool.

One of the alleged attacker is now being investigated for dangerous bodily harm – and the others for serious breaches of the peace.

Some of those involved had to be treated for minor cuts, police said. A ten-year-old boy is said to have received a punch.