A 100-year-old man died on Sunday morning after the car he was being chaperoned in collided with two stationary vehicles who had both stopped to allow a family of birds to cross, The Florida Highway Patrol revealed.

A BMW and Toyota were said to have been stopped in the left lane of Wickham Road, in Brevard County, to let a group of sandhill cranes cross when 39-year-old Suzanne Clarke crashed into the back of them.

According to authorities, Clark – who is paraplegic – was driving in the parallel lane when she spotted the birds crossing last-minute and attempted to swerve out of the way.

Veering into the left hand lane, she inadvertently crashed her specially adapted Chrysler into the two stationary cars.

He was rushed to Holmes Regional Medical Center where he later died.

A BMW and Toyota were said to have been stopped in the left lane of Wickham Road (above), in Brevard County, to let a group of sandhill cranes cross the road, when 39-year-old Suzanne Clarke crashed into the back of them

Clark and the driver of the BMW, 63-year-old Brian Giantonio, were also badly hurt in the collision.

Deliece White, 63, who had been driving the Toyota only suffered minor injuries, officials say. 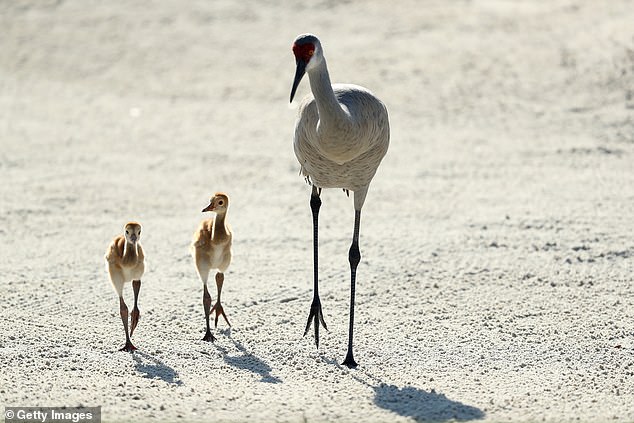 All three of the drivers were taken to Health First Viera Hospital and treated for their injuries.

Doctors say they expect all of three of them to make a full recovery.

Montes said her department is conducting a full investigation into the crash.

She added that none of the cranes were hurt in the incident.