10,000 stolen rare tortoises are crammed in home in Madagascar

Nearly 10,000 tortoises of varying sizes have been discovered crammed inside a two-storey house on the south-western coast of Madagascar.

Environmental Agency head Soary Randrianjafizanaka said that she was alerted to the tortoises because of the rancid smell emanating from the property.

She told Nationalgeographic.com that when she and police arrived at the house, they were confronted by a scene unlike anything they had ever seen before. 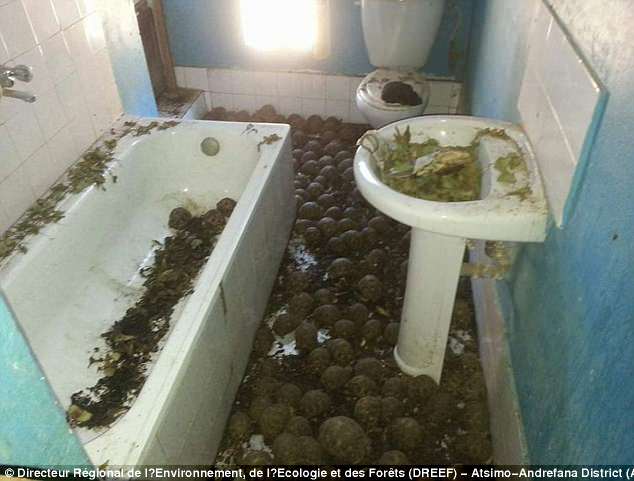 Officials expressed disbelief that anyone could keep the tortoises in such miserable conditions. 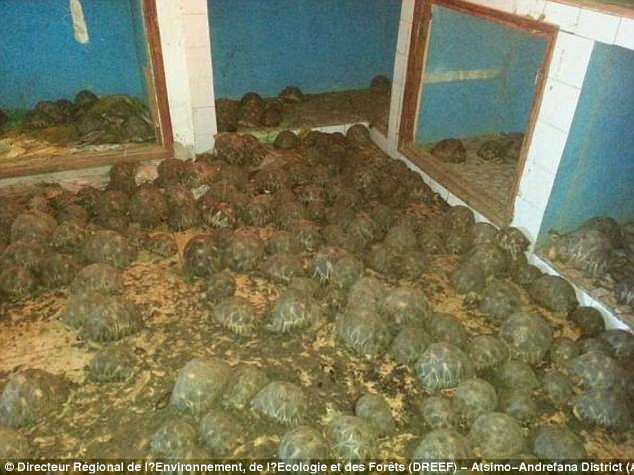 Tortoises of varying sizes occupied all available floor space – there was so little room that they were jammed up against one another with no room for manouevre.

Randrianjafizanaka said the stench of feces and urine was overwhelming. ‘You cannot imagine. It was so awful,’ she said.

‘They had tortoises in the bathroom, in the kitchen, everywhere in the house.’

In total the house contained 9,888 live radiated tortoises, a rare species found only in Madagascar – and 180 dead ones. 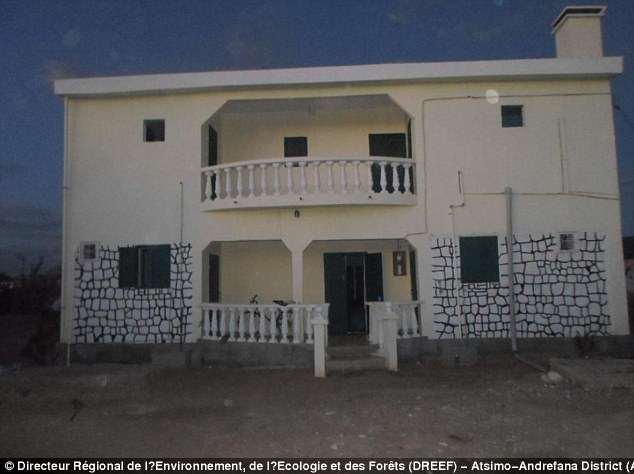 Authorities said that three suspects – two men and a woman, the owner of the house – were arrested 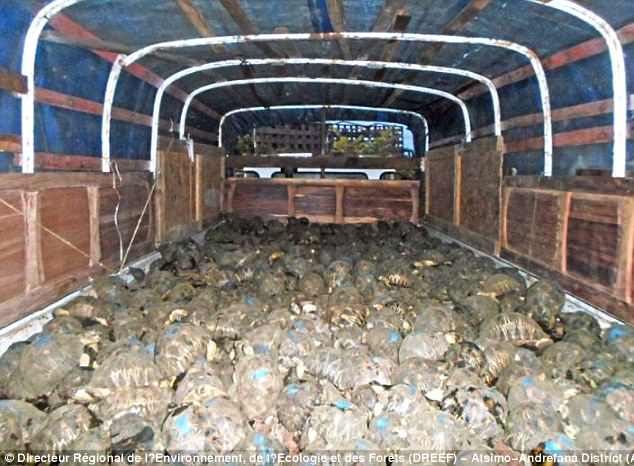 In total the house contained 9,888 live radiated tortoises, a rare species found only in Madagascar – and 180 dead ones. 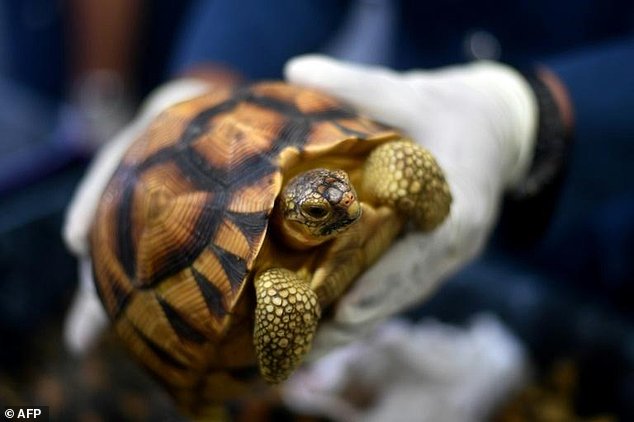 Malaysian authorities said last May that they had seized 330 exotic tortoises from Madagascar worth about £250,000

Randrianjafizanaka helped count them as rescuers loaded them onto six trucks that made several trips to Le Village Des Tortues (Turtle Village in French), a private wildlife rehabilitation facility in Ifaty, 18 miles north of Toliara.

It took until early the following morning to transfer all the tortoises to the rescue center, Nationalgeograpic.com reported.

While the vast majority of the animals are alive and recovering form their ordeal, vets said that a week after their discovery, 574 tortoises had died from either dehydration or infection. 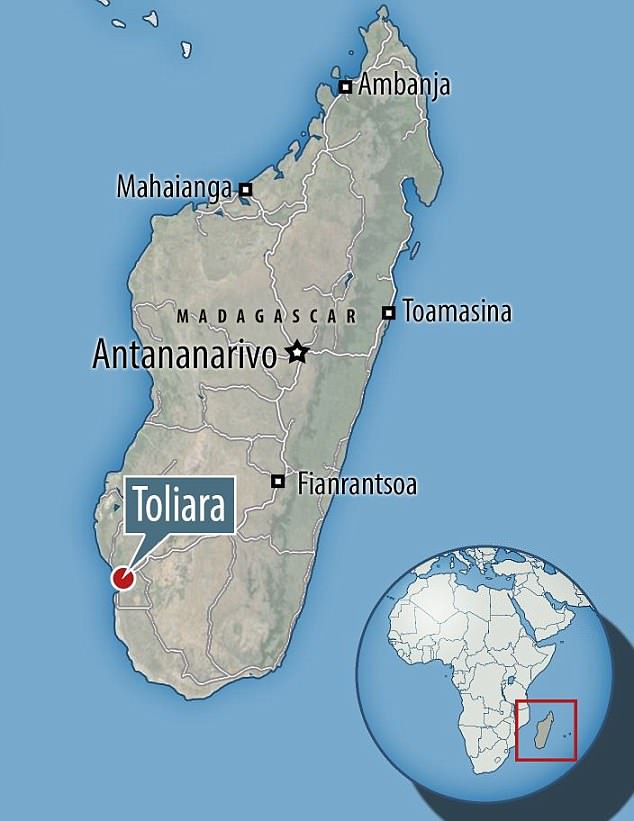 Authorities said that three suspects – two men and a woman, the owner of the house – were arrested.

According to Randrianjafizanaka, the men were in the process of burying dead tortoises on the property when her team arrived.

Experts say that small and mid-size tortoise are easier to conceal than big ones, which can weigh 35 pounds with shells 16 inches across.

They said it was easier to smuggle smaller animals out of the country.

Randrianjafizanaka told nationalgeographic.com that the sheer number of tortoises indicates an organized effort.

‘We don’t know exactly who the big person is, but we know there’s a big boss,’ she said.

Taking radiated tortoises from the forests is illegal in Madagascar, and a treaty signed by 182 countries and the European Union bans commercial trade of the species.

Nonetheless the animals are increasingly targeted by poachers, who either sell them locally as bush meat or smuggle them live to Southeast Asia or China, where they’re sold to reptile collectors.

Radiated tortoises are especially prized because of the intricate yellow star patterns on their upper shells.

A combination of poaching and deforestation has meant that the population of radiated tortoises is in decline.

A 2013 estimate put their numbers at six million, down from 12 million in the 1990s. Today the population is likely closer to three million.

In 2008 the International Union for the Conservation of Nature, which assesses the conservation status of animals in the wild, changed their designation from of ‘least concern’ to ‘critically endangered’—a rare, four-category jump that puts them one step away from ‘extinct.’

It’s unlikely that the 10,000 tortoises will be released into the wild anytime soon, according to Jordan Gray, communications and outreach coordinator for the Turtle Survival Alliance.

Rampant poaching, he said, means that keeping them in captivity is their best chance for survival.