Homeowners abandoned by the High Street banks after the collapse of Northern Rock have now overpaid tens of thousands of pounds in interest.

Analysis for Money Mail reveals more than 100,000 so-called ‘mortgage prisoners’ have each been overcharged more than £20,000.

This is because former borrowers of Northern Rock, which went bust during the financial crisis in 2007, have been stuck on the lender’s standard variable rate ever since.

100,000 borrowers from Northern Rock have been stuck on the lender’s standard variable rate ever since the bank went bust in 2007

Campaigners say the financial strain of being locked into expensive interest-only mortgages, with no way of reducing their debt, has seen many vulnerable families struggling with their finances threatened with repossession and suffering mental health concerns.

In the years leading up to the 2007 financial crisis, households were routinely told they did not need a deposit to buy a home.

However, some lenders, including Northern Rock and Coventry BS, went even further and offered borrowers a loan worth up to 125 pc of the value of their property to help with moving costs and furnishings.

It was also common to offer loans on an interest-only basis to keep repayments low. Families who took loans with Northern Rock say they were told they could switch to a repayment mortgage in the future.

But after the bank collapsed, the loans were moved to a new company set up by the Government, called Northern Rock Asset Management (NRAM).

Then, in 2010, the Government set up UK Asset Resolution (UKAR) which became the parent company of NRAM.

The firm was forbidden to issue any new loans, so when their deal expired, borrowers were moved to the firm’s standard variable rate — which experts say has been consistently higher than the industry average.

Meanwhile, other banks and building societies were forced to tighten their lending rules. Many began refusing to renew interest-only mortgages or lend to borrowers with less than 15 per cent equity in their homes.

Heather Buchanan, director of Policy and Strategy for the All Party Parliamentary Group on Fair Business Banking, the campaign group that commissioned the analysis, says: ‘The Government has hung vulnerable people out to dry.

‘If the customers of Northern Rock who were sold to NRAM had been allowed to remortgage to the average tracker mortgage rate of 3.17 per cent, they would not be prisoners today.’

Andrew Montlake, managing director of mortgage broker Coreco, says: ‘Northern Rock borrowers were the unlucky ones. No one foresaw banks would go bust. The lucky borrowers who took out 100 per cent deals with lenders such as Scottish Widows or Coventry BS which weathered the storm were able to get new deals.

‘These families should not have been sold to firms that can only offer high variable rates.’

Wit a wedding to plan for, Rachel and Adrian Neale were advised by their broker to keep costs low when they took out their mortgage to buy their first home in 2006. 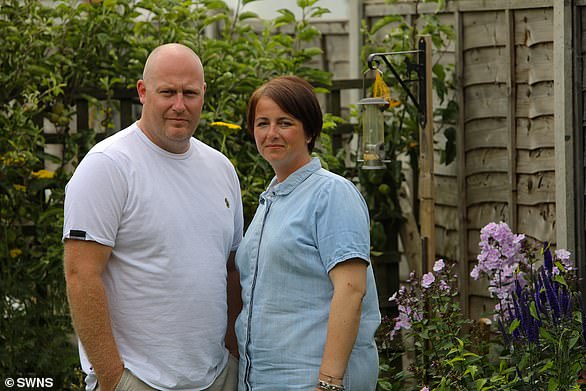 They took out an interest-only mortgage, so they only had to meet the monthly interest payments, but the debt would never reduce.

The couple were recommended Northern Rock’s Together deal. This allowed borrowers to take a loan worth up to 125 pc of the value of their home, 95 pc of which is a traditional mortgage, and the remaining 30 pc is a personal loan.

They did not ask for the extra money but their adviser told them it would give them more flexibility. The couple, from Hinckley in Leicestershire, say they were assured they could switch to a repayment mortgage after two years. But Northern Rock went bust and their debt, now owned by Cerberus/Landmark, still stands at £135,000.

Although Rachel and Adrian’s home is now worth £170,000, giving them around £35,000 equity they are unable to remortgage to a High Street bank because they cannot pass the new affordability checks.

Rachel says: ‘We need more space for our two sons, but we are completely trapped.’

Campaigners say that the Government should compensate mortgage prisoners for the additional interest they have been forced to pay as customers of NRAM or one of the companies that has since bought the loans.

Trapped borrowers have been offered a glimmer of hope by the Financial Conduct Authority (FCA), which is proposing to give banks the option to relax affordability rules if ‘prisoners’ are switching to a cheaper deal, not increasing their loan or term, and have been up to date with repayments for 12 months.

But the FCA admits that as banks do not have to use the rules, it expects only up to 14,000 of the estimated 140,000 mortgage prisoners to be helped.

A UKAR spokesman says its standard variable rate is reviewed against the Bank of England base rate and rates with other major lenders.