105kg mum off her depression medication after losing 30kg

A Perth mum-of-two is off all her antidepressant medication for the first time in 22 years after losing 30 kilos.

Kate Cave, now 48, tipped the scale at 105.7kg when she decided it was finally time to make a big change.

The mum had gained 20kg almost instantly after she was put on medication for manic depression following the birth of her second son.

‘The medication they put me on was really strong, and my weight just went out of control after that,’ Kate told Daily Mail Australia. 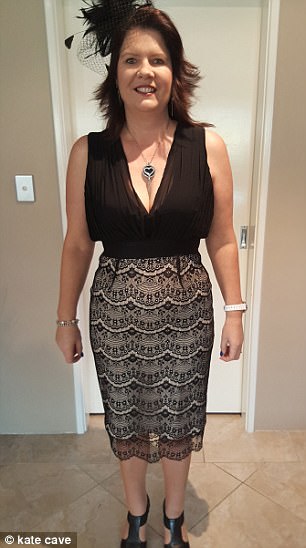 Kate Cave, 48, is off all her antidepressant medication for the first time in 22 years after losing 30 kilos in 14 months. At her heaviest, Kate weighed 105.7kg

On top of the medication, Kate was battling symptoms from her depression and found that she never had any energy.

‘At the start it was really horrible,’ she said. ‘You’re not feeling well on yourself anyway and then you’ve got this instant weight gain.’

‘I tried to lose it, but due to my health and medication I could never keep it off. Then you start feeling really low on yourself and the cycle starts again.’

Although the depression became more manageable after a decade, Kate put on another 10kg after she and her husband worked in the mines for a couple of years.

Kate was working long hours in administration and never had energy to exercise or cook at the end of the day. 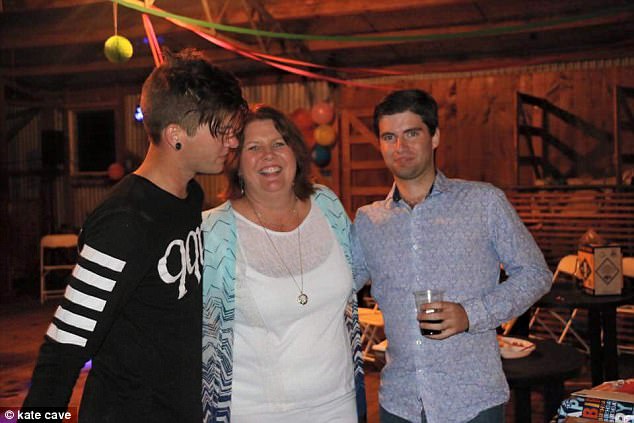 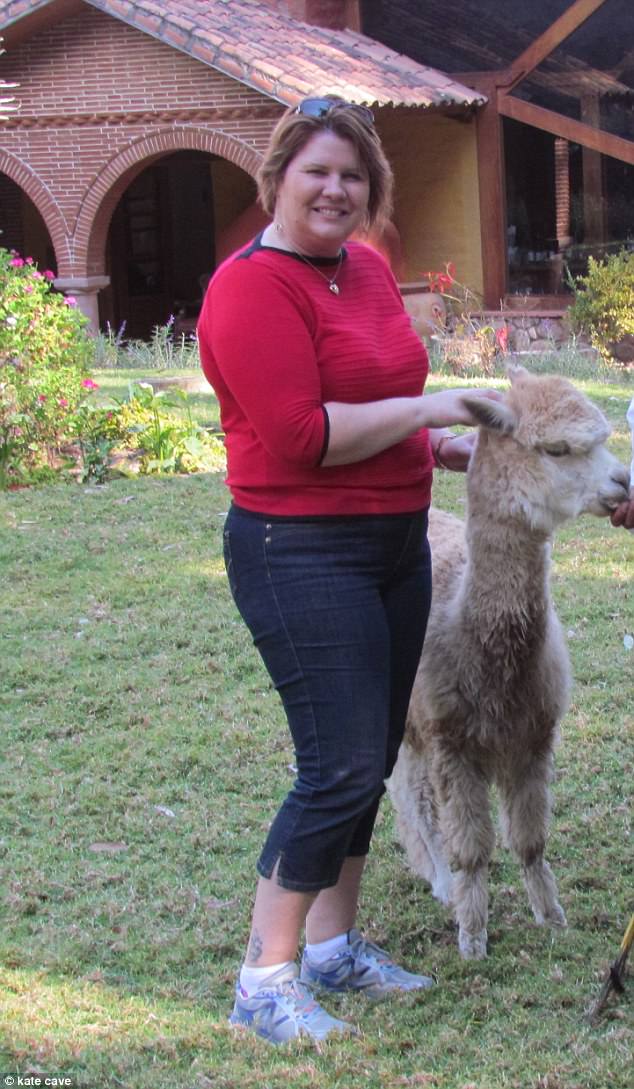 The decision came after Kate struggled to lose weight for decades, eventually needing two shoulder operations due to issues in her joints

Instead she and her husband indulged in roadhouse food like burgers, fish and chips, and ‘nothing healthy’, she said.

The extra 30kg began to take a toll on Kate physically, causing pain in her joints.

She had to undergo two shoulder operations and doctors said she would need to have a hip operation as well.

‘All my joints were starting to fail me, it was horrible,’ she said. ‘I knew I had to do something.’

It was at her youngest son’s 21st birthday in January 2016 that Kate finally decided she would make a big change.

‘I looked at my sons, who are both in their early twenties, and I thought “Wow, you’re going to be parents soon and I’m going to be a grandma,”‘ she recalled.

‘I don’t want to be a grandma that sits on the sidelines. I want to be able to enjoy my grandchildren when they come.’ 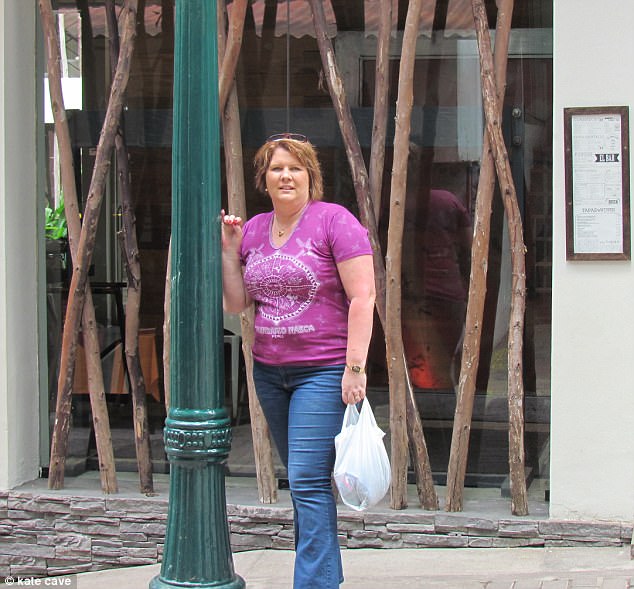 Kate signed up for Jenny Craig, a program she had first tried while trying to lose weight during her thirties 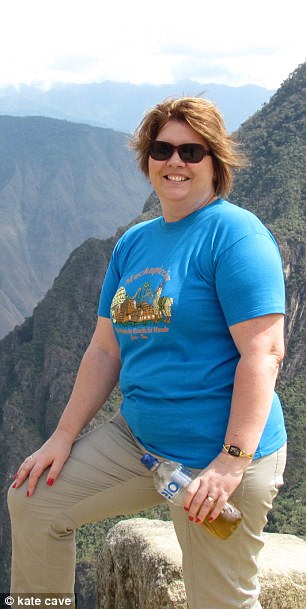 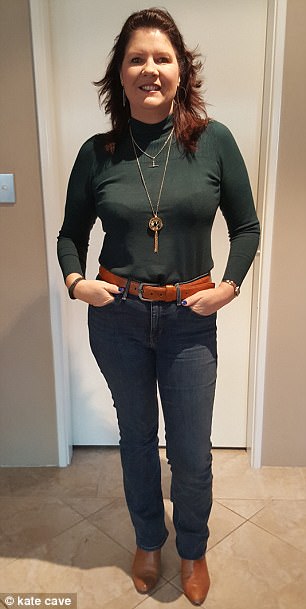 With the program Kate learned about portion control and completely transformed her fridge. She also kicked her weekly takeaway habit

After the party, Kate made three goals to celebrate the fact that she was turning 50 in three years.

‘I was going to be healthy and fit, I was going to lose 30 kilos, and my third major goal was I wanted to be off all of my medication before I turned 50,’ she said.

She signed up for Jenny Craig, a program Kate had first tried while trying to lose weight in her thirties.

Kate liked that the program came with a consultant that she had to see every week, and meals that were ready every night.

While she wasn’t cooking on her own at first, the meals helped teach Kate to become aware of food portion sizes.

‘I learned all about good vegetables and salads, good fats versus bad fats, and starchy versus non-starchy vegetables,’ she said. ‘My fridge changed.’

Her weekly takeaway habit now only happens once a month with her husband, and Kate now loves her frequent visits to the local vegetable shop. 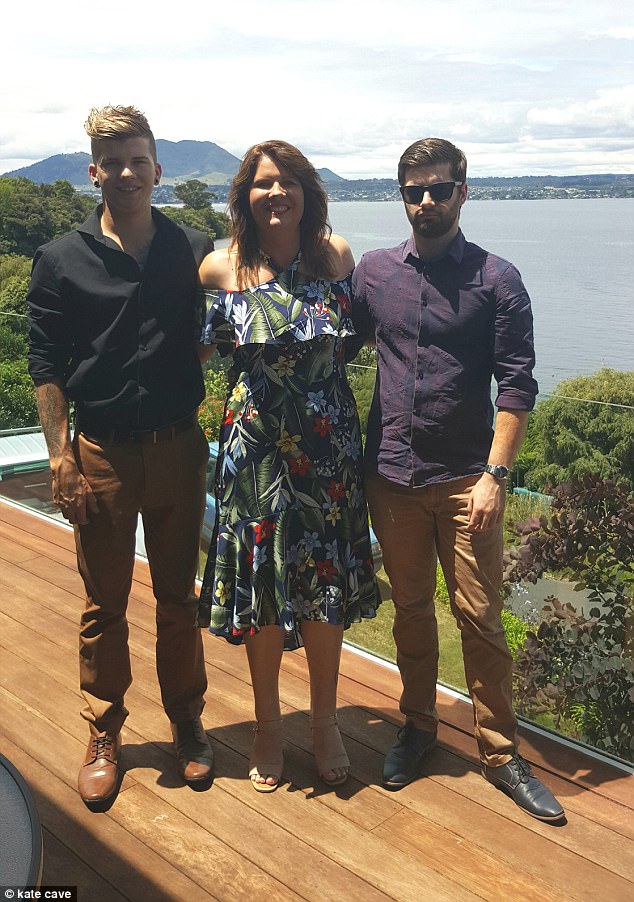 Kate began to feel amazing as the pounds slid off, especially after she realised she needed to ask for a size small while shopping.

‘You start getting an appreciation for yourself,’ she said. ‘And after the first 12 months I started cutting down on my medication as well.’

‘I started becoming a different person – I had more energy, was more relaxed, it was wonderful.’

By June 2017 Kate had achieved her first two goals. She now weighs 75.7kg and no longer has to have a hip operation. 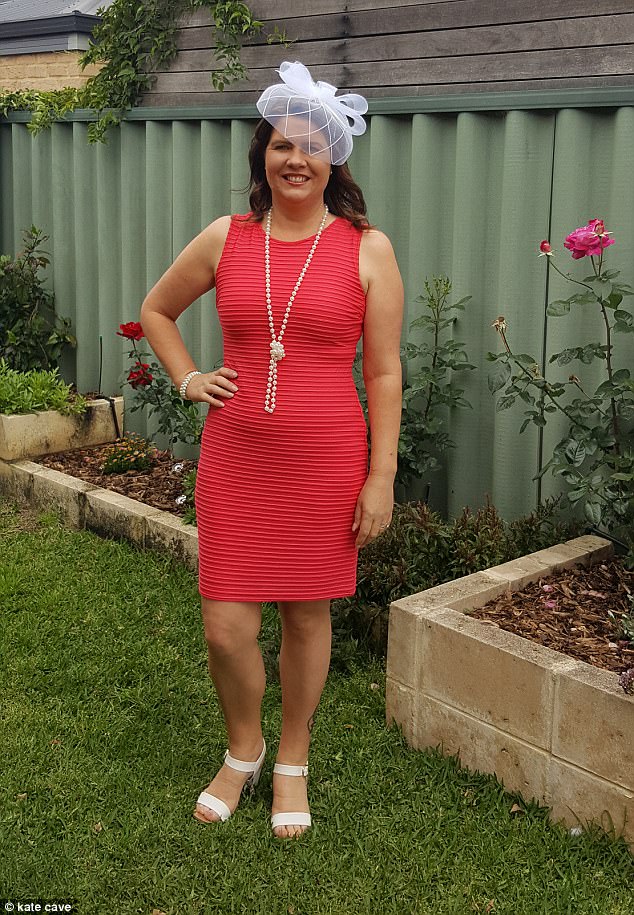 By June 2017 Kate had achieved her first two goals. She now weighs 75.7kg and no longer has to have a hip operation

As of October, and with the help of her doctor, Kate is now completely off all her medication after 22 years.

‘It’s like I’m having to learn who I am again because it’s been so long since I haven’t been taking anything,’ she said.

‘I’m fit, I’m healthy, my life has changed for the better.’

Kate still eats five meals a day and exercises four times a week, still bringing out the Pokemon app every time there’s a new one to catch.

And now the mum can do things she was never able to before, including riding a horse with her husband – who used to work as a jockey.

When they tried to go together five years ago, Kate realised she was 15kg over the weight limit to ride a horse.

‘After I reached my goal he took me on a horse trip and it was like, wow I can finally get on this and do this,’ she said. ‘It was awesome.’ 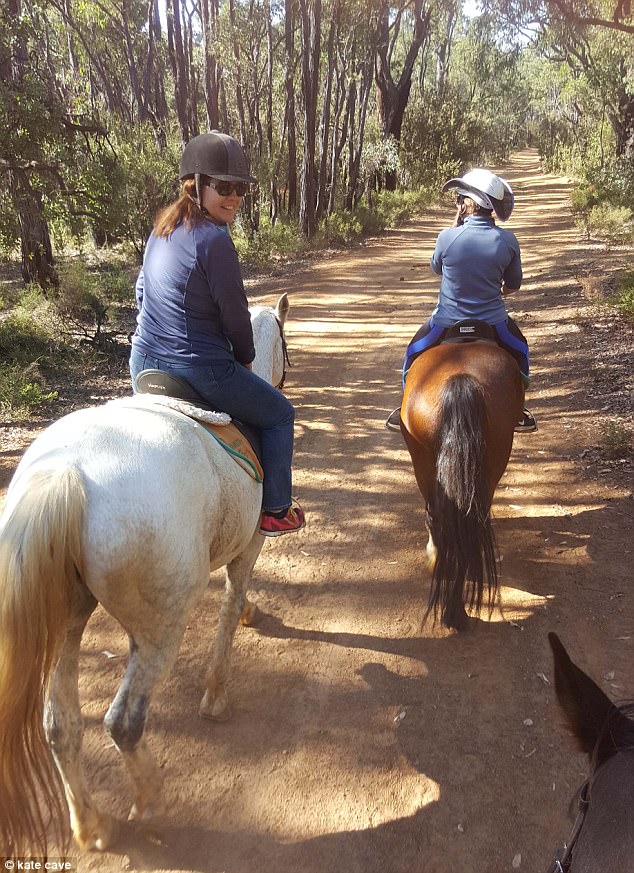 After the weight loss Kate was also able to ride horses with  her husband, a former jockey (pictured together)