A tenth elderly patient has died after being kept inside a nursing home that turned into a sweatbox when Hurricane Irma knocked out its air conditioning for three days.

Police in Florida confirmed 94-year-old Martha Murray died on Wednesday and said her death was related to the problems at the Rehabilitation Center at Hollywood Hills following Irma.

The first eight patients from the home died on September 13, three days after Irma struck and he ninth died Tuesday, even though just across the street was a fully functioning and cooled hospital.

Hollywood police and the state attorney’s office are investigating the incident.

The home has said it used coolers, fans, ice and other methods to keep the patients comfortable.

Irma reached Broward County on September 10 and the home has said a felled tree took out a transformer that powered the air conditioner, but it maintained power otherwise.

It said it reported the loss to Florida Power & Light and was promised repairs in the next two days, but the utility never arrived.

Florida Governor Rick Scott’s office said home administrators Jorge Carballo and Natasha Anderson were in contact with the state about the failed air conditioner but never said the situation had become dangerous. 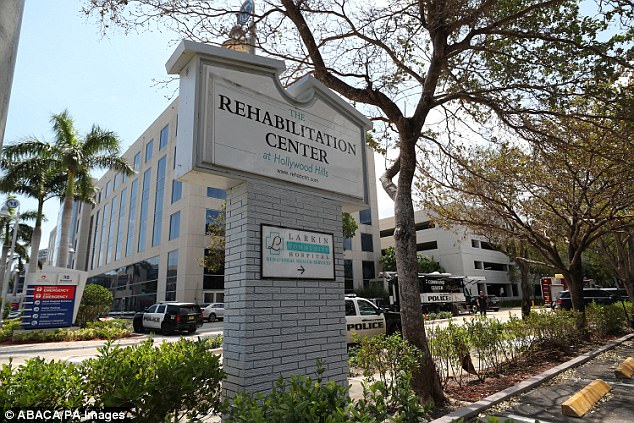 The deaths began in the early hours of September 13 and some of the deceased had body temperatures of up to 109F (42.7 Celsius) degrees

On the afternoon of Sept. 12, the home borrowed portable air coolers from Memorial Regional Hospital, the trauma center across the street.

Later that night, home administrators said, a physician’s assistant checked the patients and none were overheated and the building temperature never exceeded 80 degrees.

Under state law, the temperature was not supposed to exceed 81 degrees.

In the early hours of Sept. 13, the deaths began and three 911 calls were made before 6 a.m., causing Memorial staff to rush across the street to offer assistance.

Doctors and nurses said they found the home’s staff working to cool the patients, although they and police have said the facility was very hot. 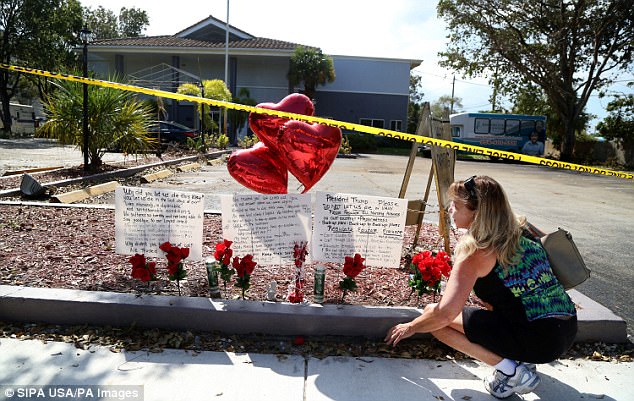 Janice Connelly of Hollywood, sets up a makeshift memorial in memory of the seniors who died in sweltering heat at The Rehabilitation Center at Hollywood Hills

No temperature reading has been released as police have said that is part of the investigation.

Three people died on the home’s second floor and seven succumbed at the hospital, including the two who died Tuesday and Wednesday.

Dr. Randy Katz, the hospital’s emergency director, said last week it was impossible to say whether any of the dead would have survived if they had gotten to the hospital hours earlier.

The number of deaths and injuries could be a determining factor in whether to bring charges.