A dinghy carrying 11 migrants was towed ashore to Dover today as French authorities rescued nine others after their boat started sinking.

Border Force officials were sent out to sea after a small boat was spotted off the Kent coast at around 4.30am today.

They found a dinghy carrying eight men, one woman and two children before towing them back to Dover.

The migrants claim to be from Iran and Iraq and were sent for medical assessments before being interviewed.

A separate group of nine migrants were rescued by French border authorities off the coast of Calais this morning after their boat started to take on water. 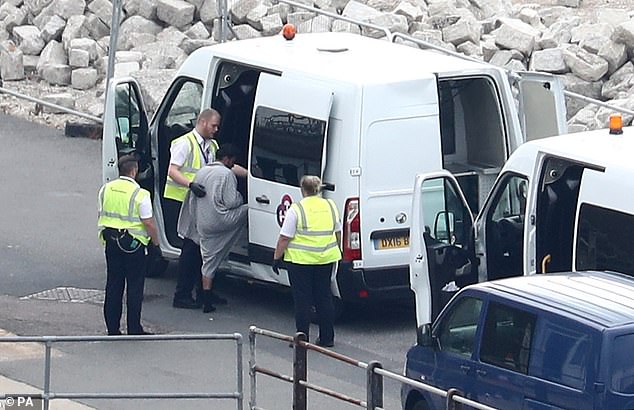 The French coastguard said it rescued nine migrants – six men, a woman and two children – shortly after 5am when the engine on their boat failed.

They were taken to Boulogne-sur-Mer and handed over to police at around 8.15am, the Prefet Maritime Manche, who overseas Channel operations for the French, said.

It comes after 40 migrants made it to Britain’s shores in one day yesterday.

One of the boats, which was intercepted off Dover, is believed to have brought 25 asylum seekers in one go.

Today and yesterday’s incidents follow a spate of crossings in recent weeks, believed to have been prompted by calm summer seas and the impending Brexit deadline.

Migrants in camps across Europe have been swirling with gossip that it will be harder to enter the UK after it leaves the EU. 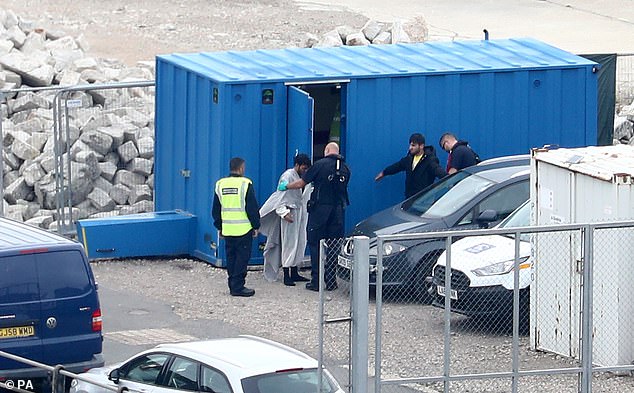 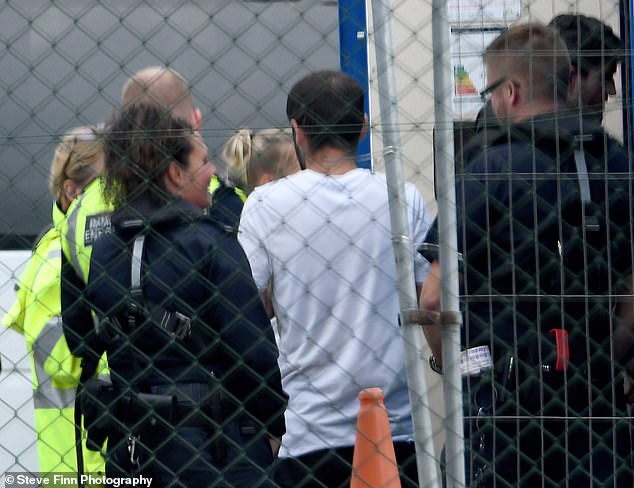 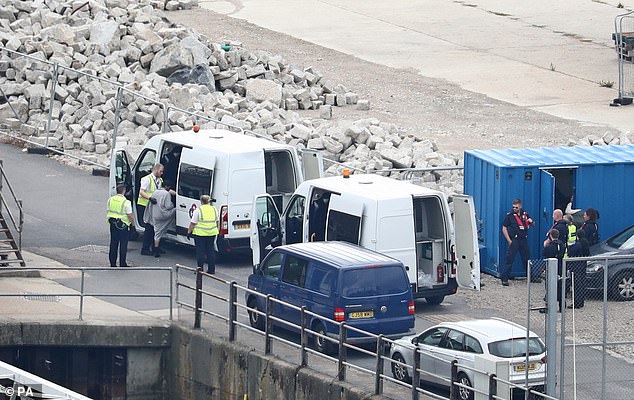 A Home Office spokesman told MailOnline: ‘Crossing the Channel in a small boat is a huge risk. The criminal gangs who perpetuate this are ruthless and do not care about loss of life.

‘We are working closely at all levels with the French authorities to tackle this dangerous and illegal activity.

‘In addition, Border Force cutters are patrolling the Channel and we have deployed equipment to detect migrant activity.

‘Last month the Home Secretary and her French counterpart agreed to intensify joint action to tackle small boat crossings in the Channel.

‘This includes drawing up an enhanced action plan to deploy more resources along the French coast to intercept and stop crossings.’ 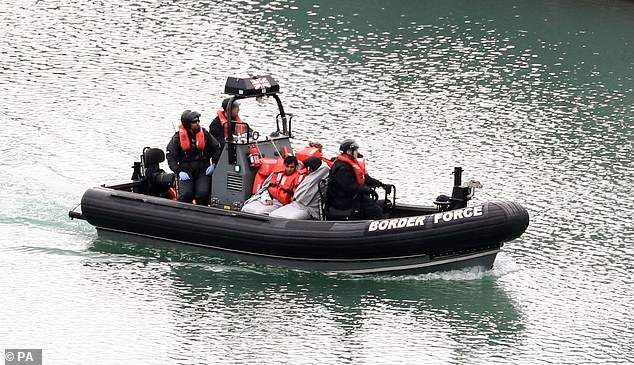