More than 11 million people are under a flash flood watch in the Southwest US as Tropical Storm Rosa continues to spread.

Rosa was downgraded from a Category 4 hurricane on Tuesday, but that hasn’t stopped the storm’s heavy – and potentially dangerous – rainfall.

It has already dumped more than 2 inches of rain on much of Arizona, and flash flood watches remain in effect for southern California, Nevada, Idaho, Utah, and Colorado.

More than 11 million people are under a flash flood watch in the Southwest US as Tropical Storm Rosa continues to spread. Pictured is a man walking through a flooded Phoenix street on Tuesday 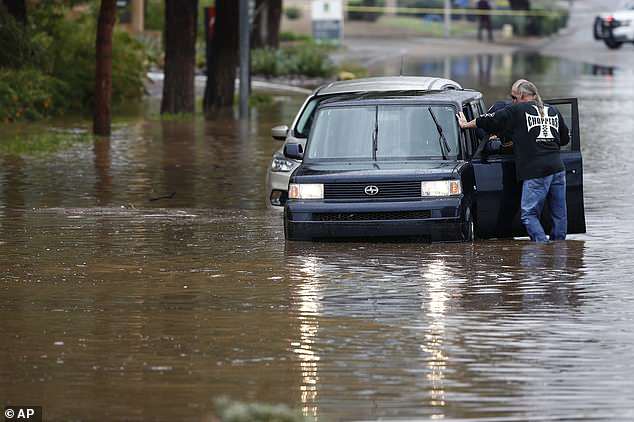 Rosa is also expected to drench Baja California with 3 to 6 inches of rain, while some areas could see as much as 10 inches, according to the National Hurricane Center.

The storm is expected to move out of Arizona by Wednesday afternoon and next bring rain to both Utah and Colorado.

Remnants of Rosa have already dropped a record amount of rain on Phoenix.

That made it the rainiest October day since records have been kept, topping the 2.32 inches recorded on October 14, 1988.

It also marked the eighth rainiest day in Phoenix’s history. 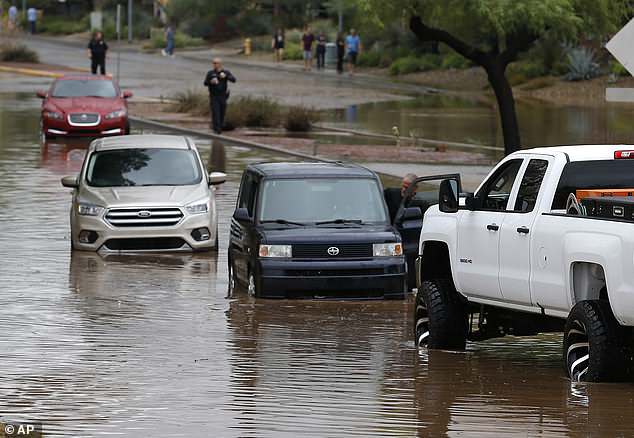 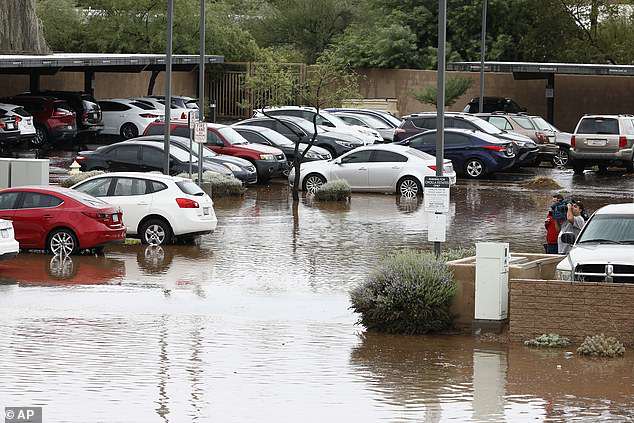 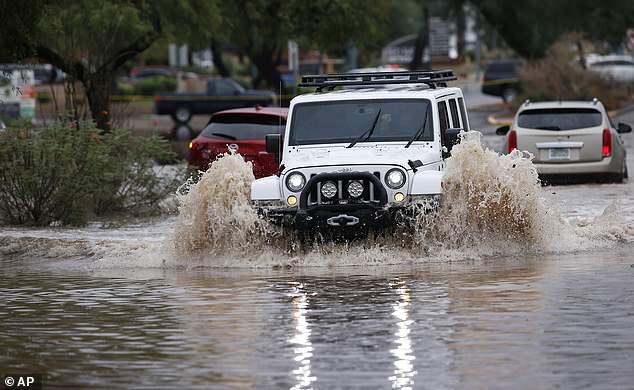 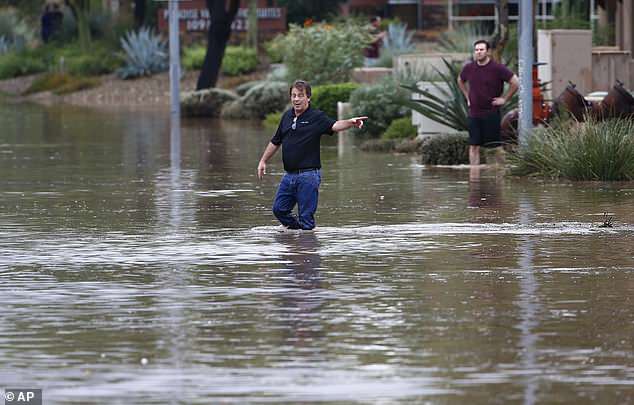 Rainfall from Rosa since Sunday totaled 2.63 inches by Tuesday night, surpassing the total amount of rainfall recorded at Phoenix airport during the entire Arizona monsoon season this year – which runs from mid-June to end of September.

Phoenix firefighters rescued at least six people including a small child from vehicles trapped in a flooded intersection on Tuesday morning.

The rescues, which were broadcast on TV, showed firefighters slogging through nearly waist-deep water and carrying people one at a time to a firetruck.

A nearby riverbed that is normally dry overflowed, spilling muddy water onto the street. About 10 vehicles including a bus were at a standstill in the water or trying to drive through it. 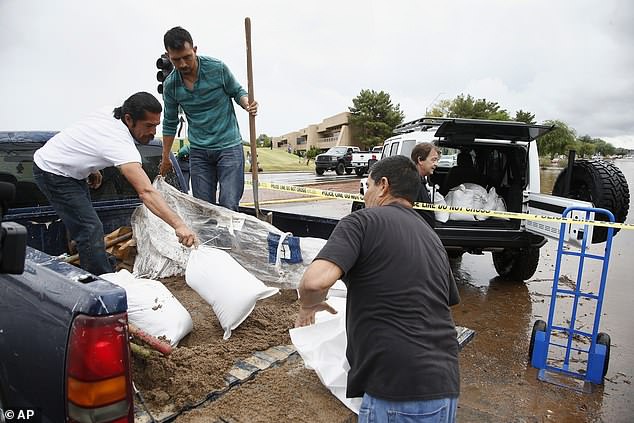 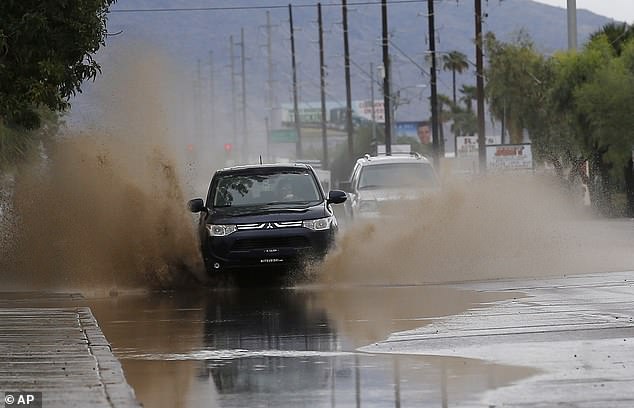 Some streets and schools were closed in the metro Phoenix area after more than 2 inches fell and there was also flooding reported around Tucson.

In southern Arizona, heavy rain on Monday flooded streets the city Yuma at the US-Mexico border and caused power outages in parts of the city.

On Tuesday afternoon, Utah Gov Gary Herbert declared a state of emergency in advance of potential flooding from the remnants of Rosa.

The National Weather Service issued a flash-flood watch for much of Utah as what remains of the storm moved across the state.

Herbert said communities near burn scars created by recent wildfires were at an increased risk for flash flooding and debris flow. 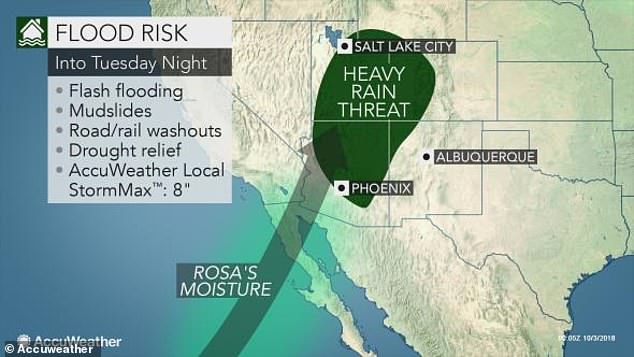 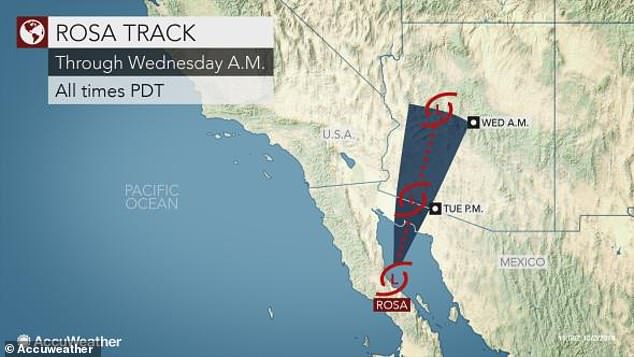 Rosa is also expected to drench Baja California with 3 to 6 inches of rain, while some areas could see as much as 10 inches, according to the National Hurricane Center

The governor mobilized about 200 National Guard soldiers to prepare for potential flooding south of Salt Lake City. The soldiers planned to build flood berms and erect barriers and sandbags.

Hurricanes or tropical storms in the US Southwest are historically rare, but have begun to increase in recent years.

‘This was not the case earlier. It was quite rare for an eastern Pacific storm to even reach Baja California, and this is now becoming more common.’

‘It is possible that this could be a side effect of climate change.’ 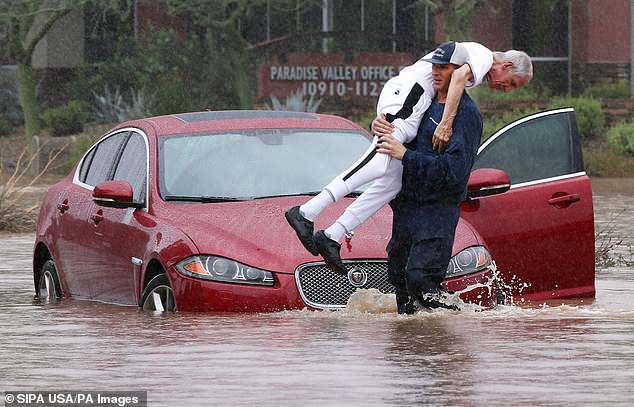 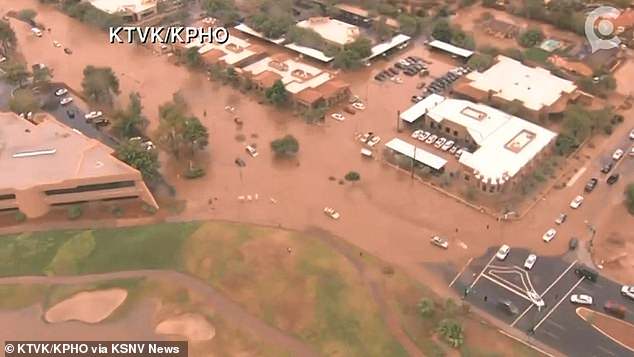 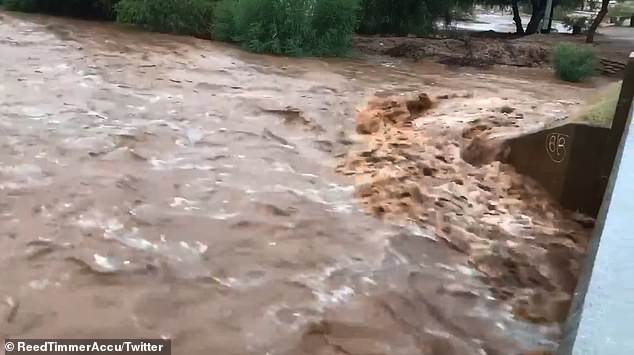 It will remain a tropical rainstorm through midweek as it moves through the southwest region.

Rosa reportedly claimed at least one victim in northwestern Mexico before moving north into the US.

Mexican federal authorities declared a state of emergency for Ensenada and Mexicali.

Mexican media outlets reported that a woman was swept away by floodwaters and drowned in the city of Caborca, Sonora, on the Sea of Cortez. 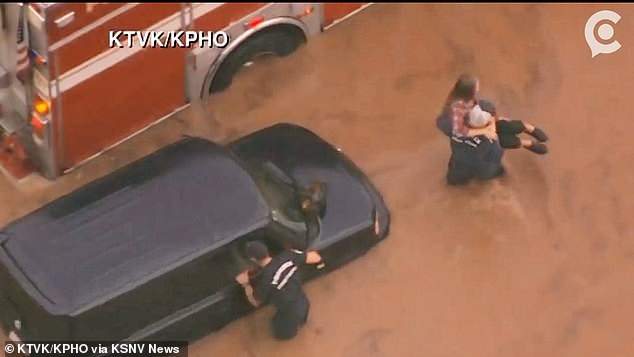 At least 10 cars were stranded and firefighters rescued people out of flooded vehicles on Tatum Boulevard near Cactus Boulevard in Phoenix, Arizona 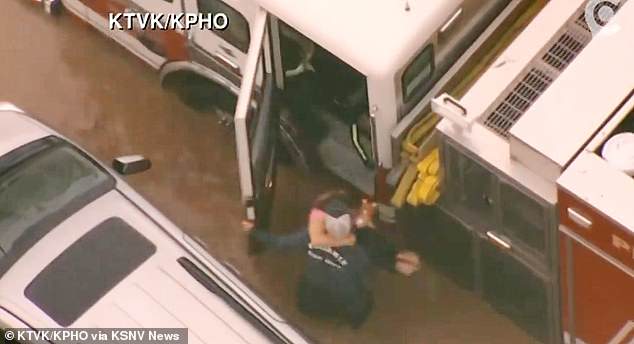 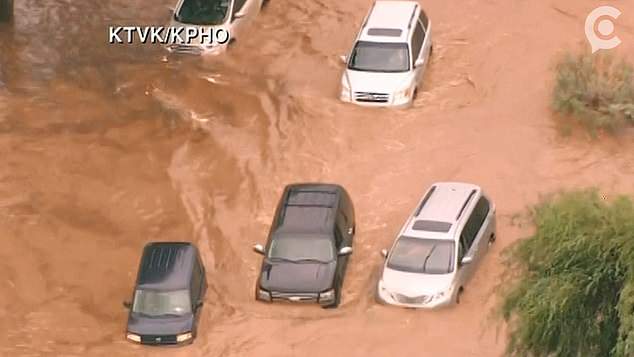