An 11-year-old girl who survived a catastrophic electric shock after touching a faulty garden tap at a public housing property will get a government grant to go towards a special vehicle.

Denishar Woods is now permanently blind and requires round the clock care after she was shocked with up to 230 volts when she touched a garden tap outside her Perth home in March.

The 11-year-old who suffered severe brain injuries from the shock is set to receive an act of grace payment from the WA government. 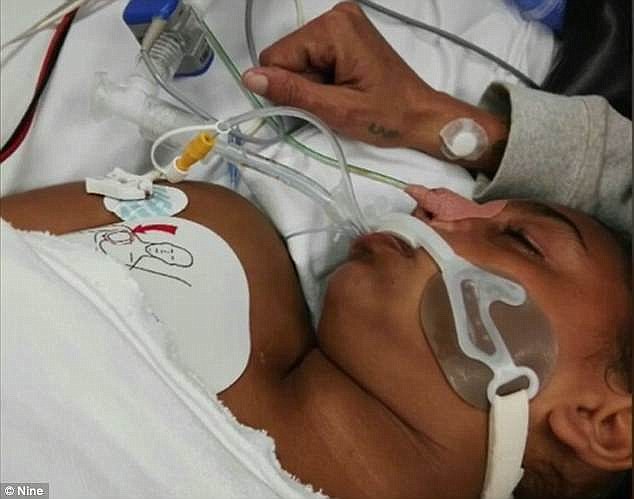 Following brain scans, doctors warned Denishar could be in a vegetative state for the rest of her life

The funding will be used to buy a specially-modified vehicle costing up to $100,000 that will allow Denishar to be easily transported in a wheelchair.

Her family is pursuing legal action against the state over the incident which remains under investigation by the Building and Energy Division of the Department of Mines, Industry Regulation and Safety.

The family was provided with alternative accommodation and the Department of Communities has overseen modifications to the property to ensure it suits Denishar’s needs.

Her mother Lacey Harrison told AAP on Wednesday that the family was waiting for the findings from the investigation, but had not ruled out taking the government to court if required.

“I’m not ungrateful for what they’ve done … but we are overcrowded,” she said. 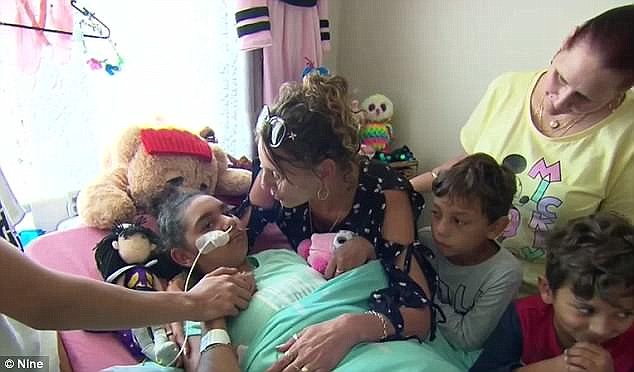 “The act of grace payment is great and all but there’s still a big cost of living.”

Housing Minister Peter Tinley conceded it was unfortunate but unavoidable that sometimes due processes did not progress quickly enough.

“I can only reiterate that the state government will get to the bottom of this incident, identify its causes and, wherever possible, prevent it happening again,” he said.

Denisher’s life support was turned off shortly after the accident but miraculously she continued to breathe on her own.