Hunt for man captured on security camera after boy, 12, is groped while walking with his family in central Sydney

A 12-year-old boy was allegedly groped in Sydney’s CBD while he was walking with his family.

Police have released images of a man carrying a purple backpack they want to speak to.

The boy and his family were walking near Town Hall station on George St around 9.30pm when the alleged incident occurred.

The youngster told his mother then the family called the police.

Officers released CCTV images of a man who they believe may be able to assist with inquiries.

He is described as white with grey hair and a fair complexion.

The man is pictured carrying a purple backpack, wearing a black jacket and blue jeans.

Officers have urged anyone with information on the incident to contact Sydney City Police or Crimestoppers. 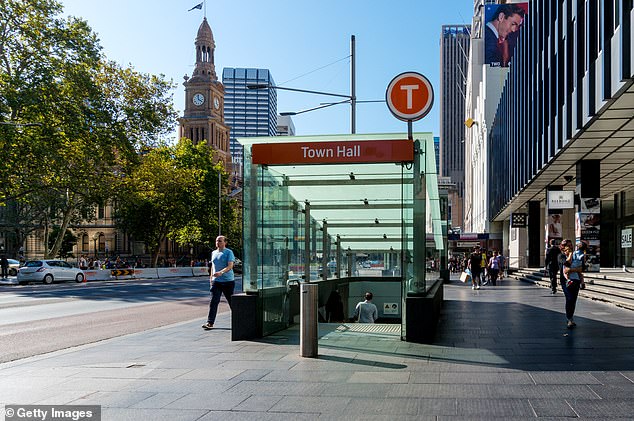