A Concorde took to the sky for first time in 16 years – at one of the biggest model aircraft shows in the UK.

The 12-foot petrol-powered plane soared through the sky at the annual Woodspring Wings Model Aircraft Show near Yatton, North Somerset.

Pilot Andy Johnson, 47, converted the polystyrene and plywood British Airways model – worth around £3,000 – by removing its propellers and installing an engine.

It is capable of ascending two miles and is controlled with a handheld device.

Hundreds of model aircraft took off at the two-day event, held over the weekend (July 13-14), including Lancaster Bombers, Red Arrows and stunt planes.

Pilot Andy Johnson, 47, with his 12-foot replica of a British Airways Concorde plane which he flew at the Woodspring Wings Model Aircraft Show earlier this weekend. The custom-built replica is one-seventeenth the size of the original commercial jet that was retired in 2003 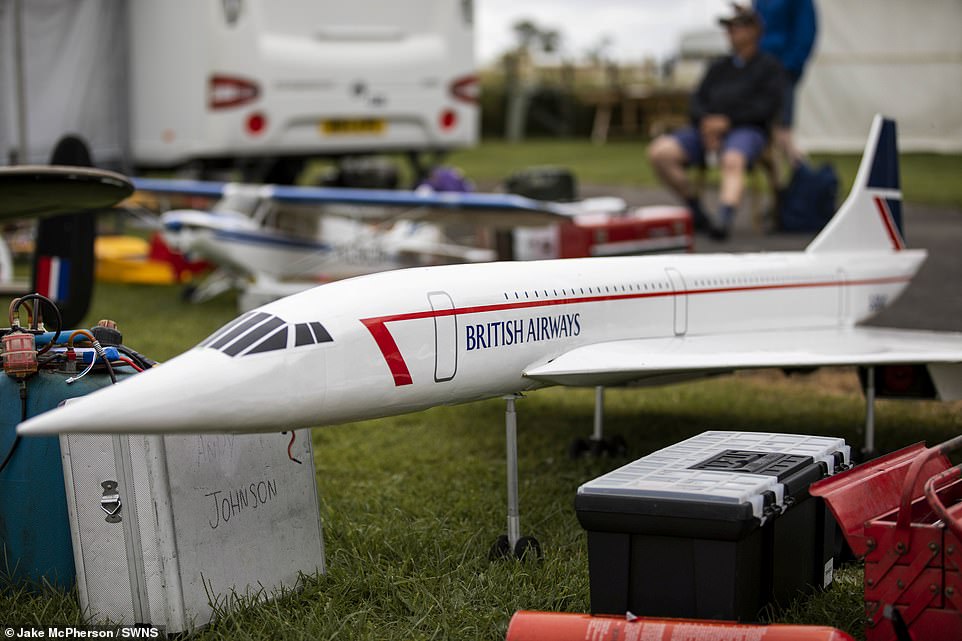 The model, made of polystyrene and plywood and worth around £3,000 was converted to fly by removing its propellers and installing an engine inside the main body of the plane 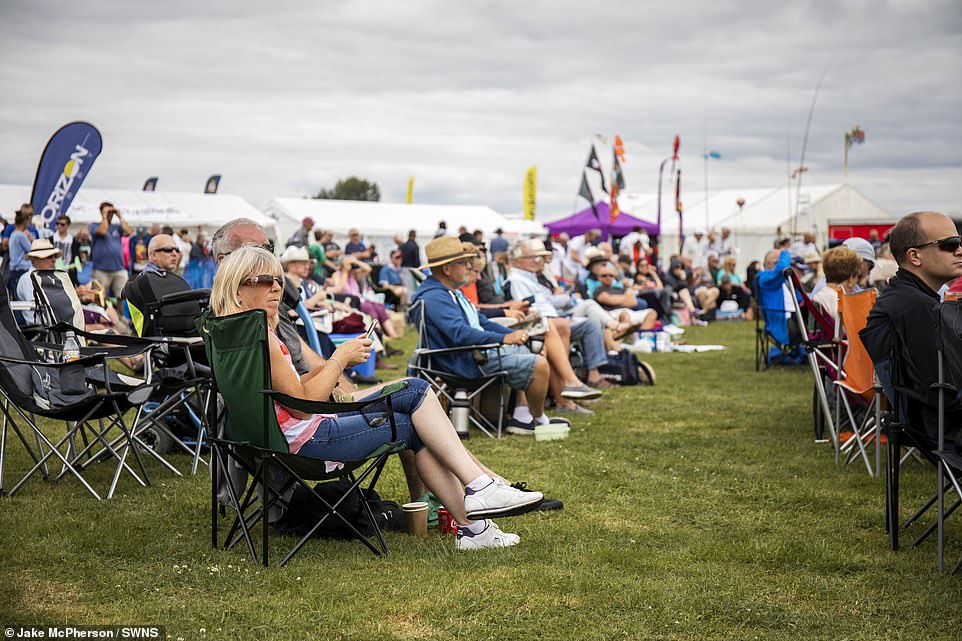 The Woodspring Wings club began in 1989 and it since grown to be the largest model aircraft show in the South West, and attracts around 5000 visitors each year

Each pilot was given an eight minute slot to show off their plane, which departed and landed on a 100m strip.

He said: ‘I bought the Concorde which had two propellers and converted it to turbine – it is four metres long.

‘It is built out of polystyrene, sheeted in a very thin plywood veneer and covered in solar film which gives it the shiny finish.’ 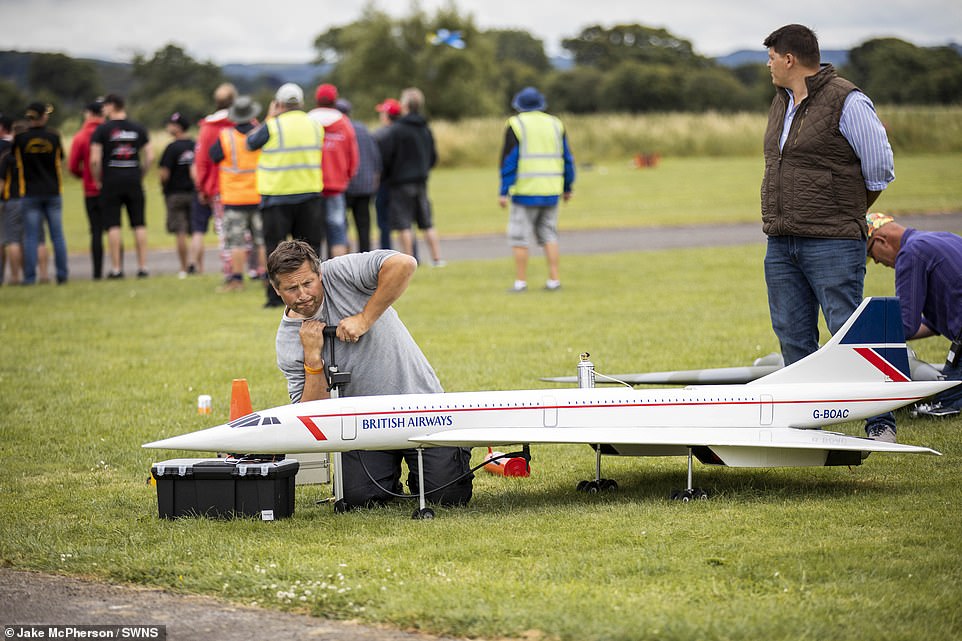 ‘I bought the Concorde which had two propellers and converted it to turbine – it is four metres long. The engine has 85 Newtons of power and cost £2,000. Overall, the plane is probably worth more than £3,000,’ said Andy 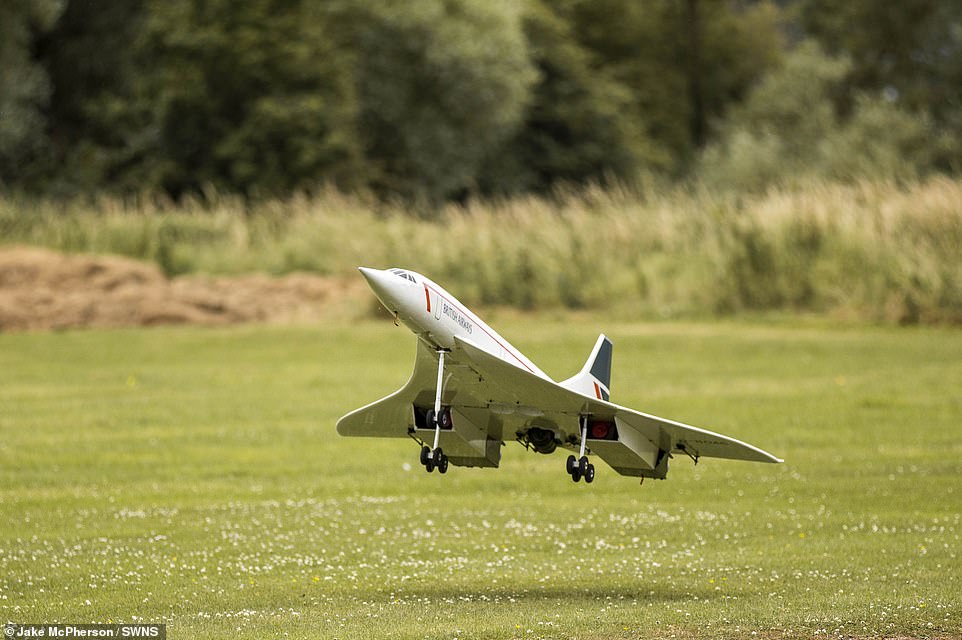 Andy, who is a member of the Large Model Association and British Model Flying Association, said thousands attended the airshow near Yatton in North Somerset 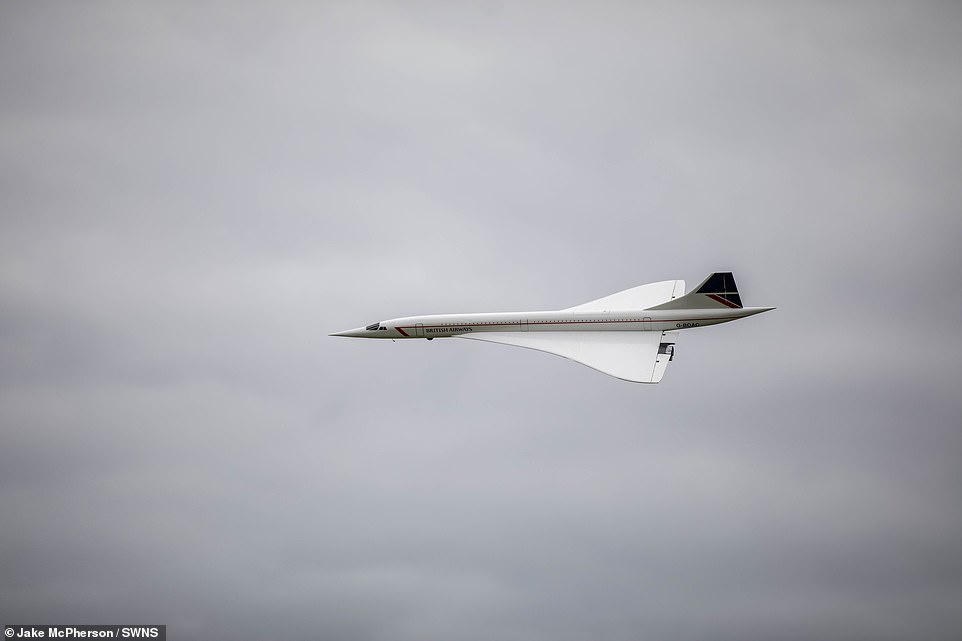 After being first successfully flown in 1969, Concorde entered commercial service in 1976 and continued flying for the next 27 years. It is one of only two supersonic planes to fly with the public, the other being a Soviet aircraft named Tupolev Tu-144 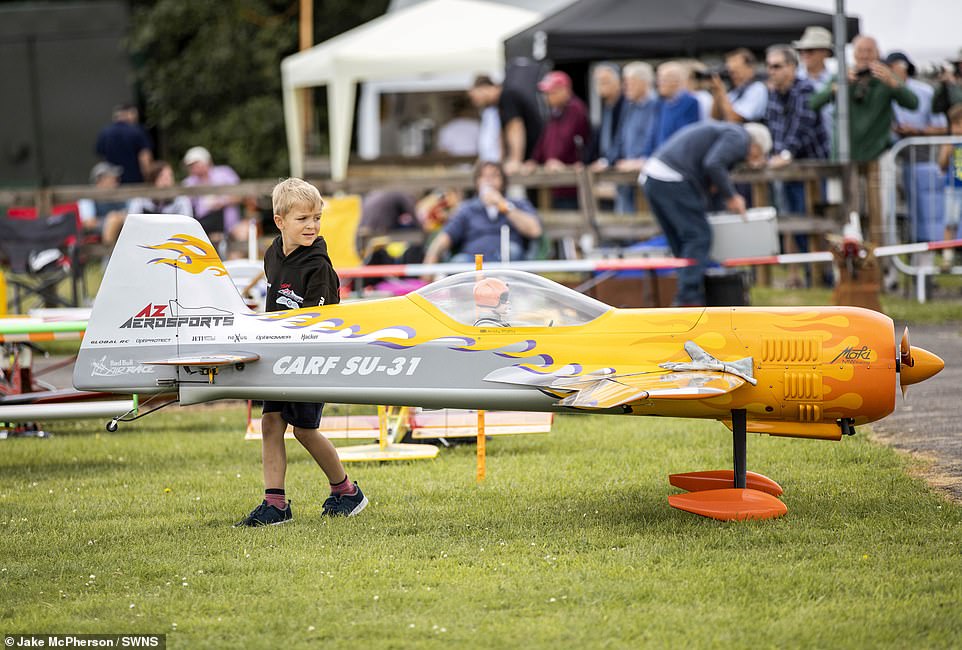 A young boy looks over a single-engine Sukhoi SU-31 aerobatic aircraft at the airshow. It was made CARF models, and is one of the most popular designs that feature at model airshows because of its acrobatic abilities 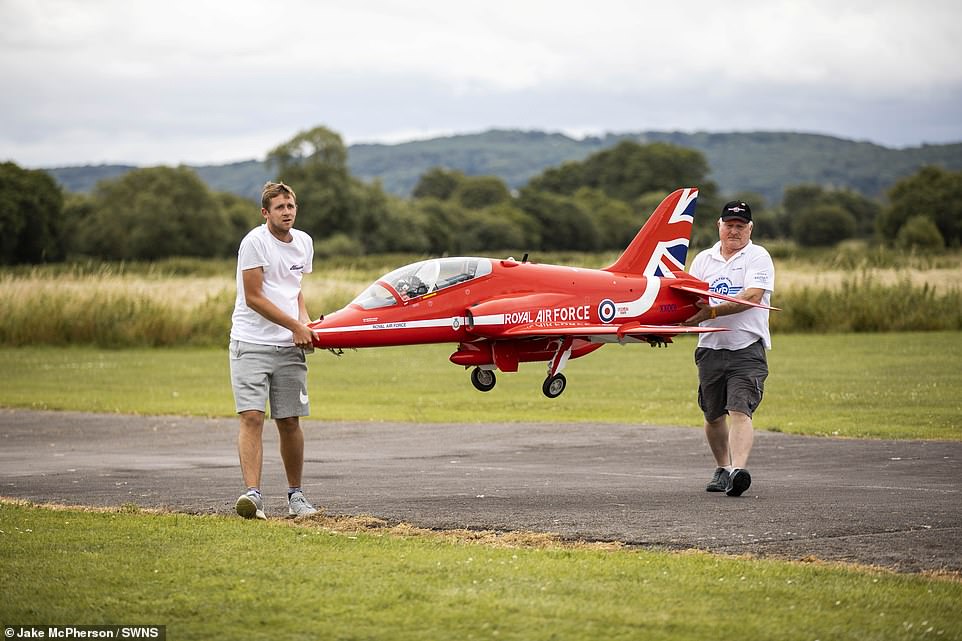 Two enthusiasts carry their replica model of a Red Arrow aerobatic plane across the tarmac. Replica models of iconic British aircraft can cost enthusiasts up to £4,000 to build

The washing machine repairman, from the Wirral, has been obsessed with model aircraft since he was nine years old – and has worked on ‘hundreds’ in the years since.

He said: ‘The inspiration comes from being taken to a classic car rally with my father when I was a boy.

‘We saw model aircraft there and bought our first one. 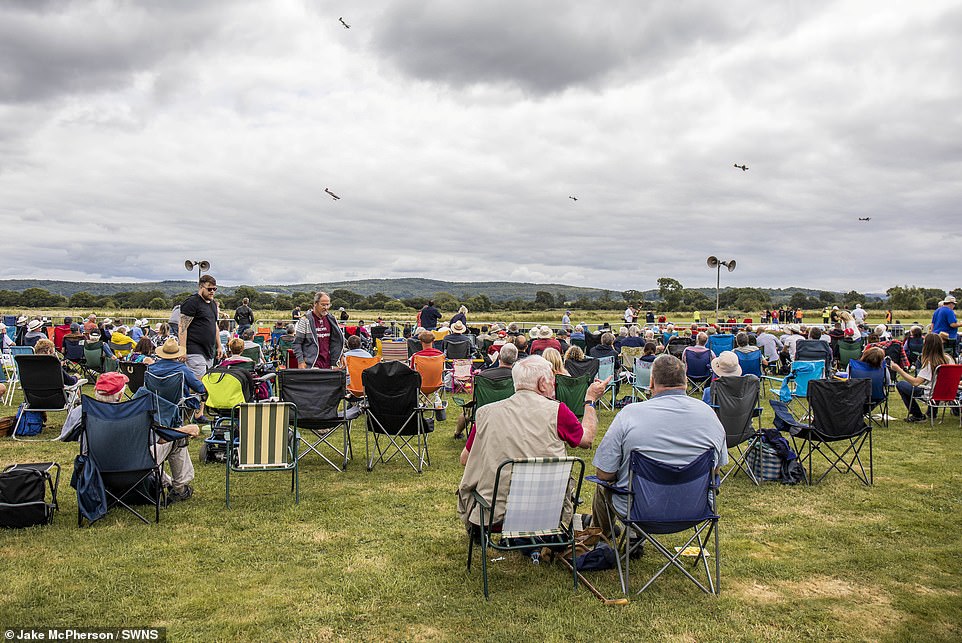 Spectators enjoy as plane-filled sky in field near Yatton, North Somerset during the Woodspring Wings Model Aircraft Show. Pilots are restricted to a maximum height of 1,000 feet because the event is held in the vicinity of Bristol Airport 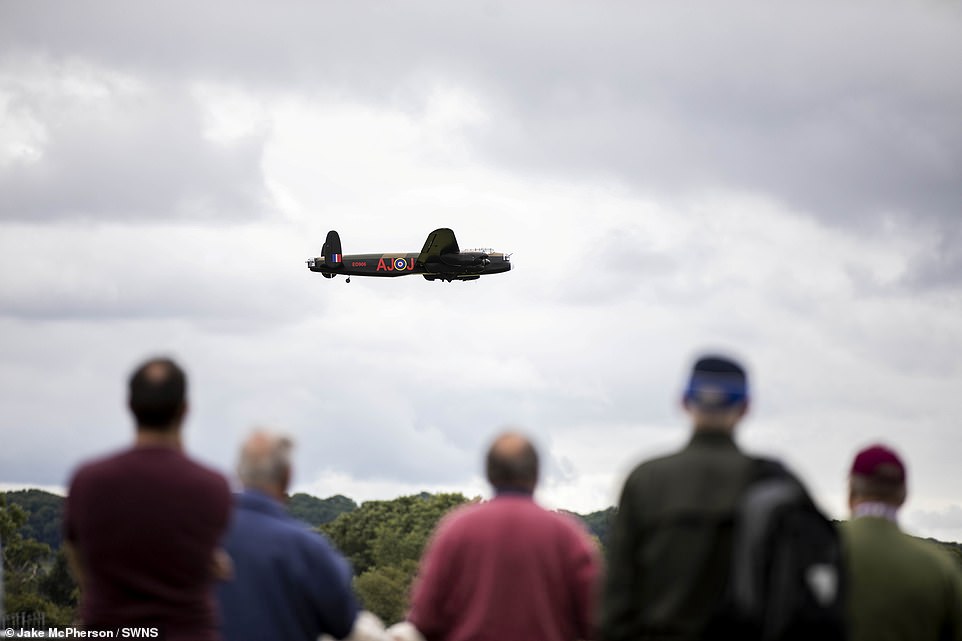 An Avro Lancaster Bomber, complete with British air force roundels, flies low over the crowd. The heavy bomber aircraft was originally introduced during the Second World War and would be powered by four Rolls-Royce Merlin engines 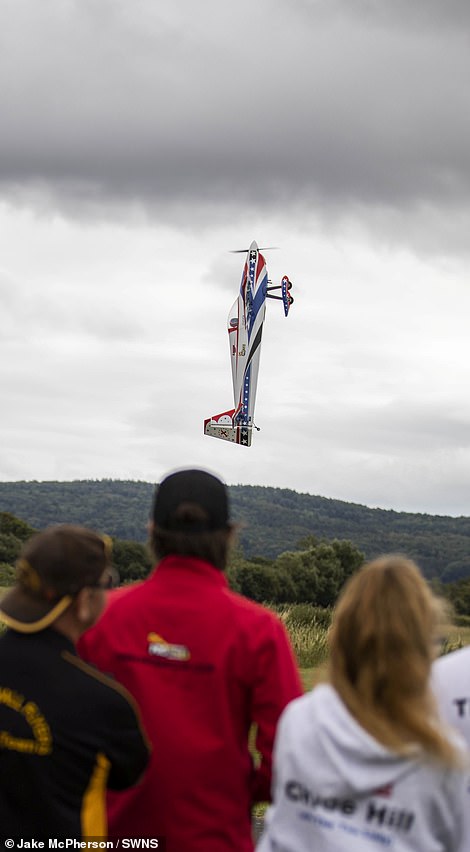 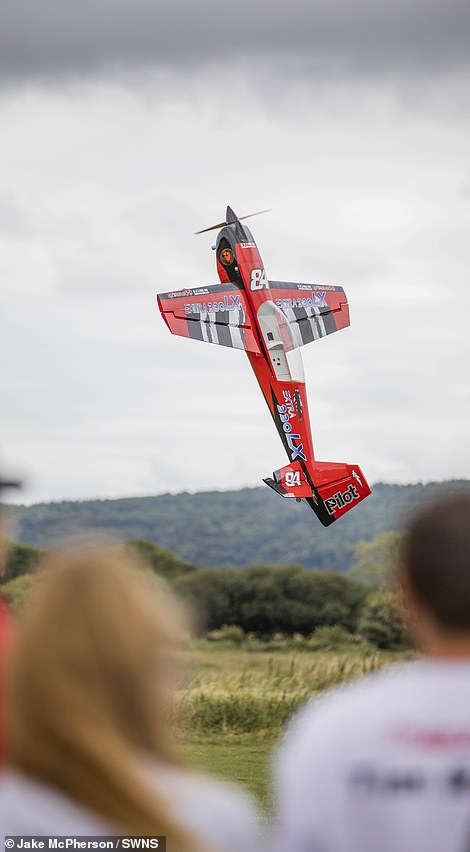 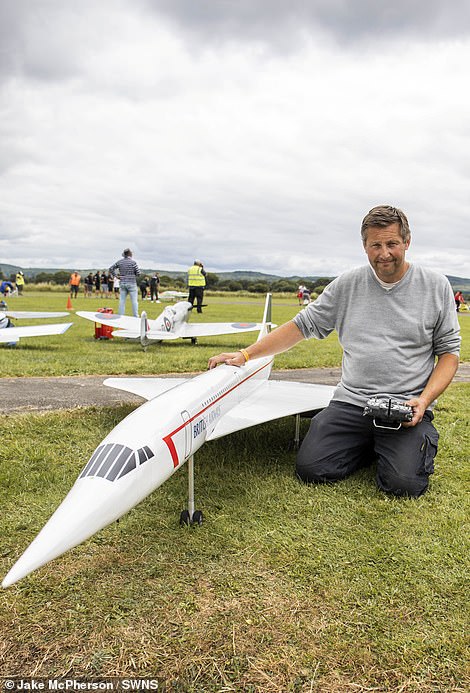 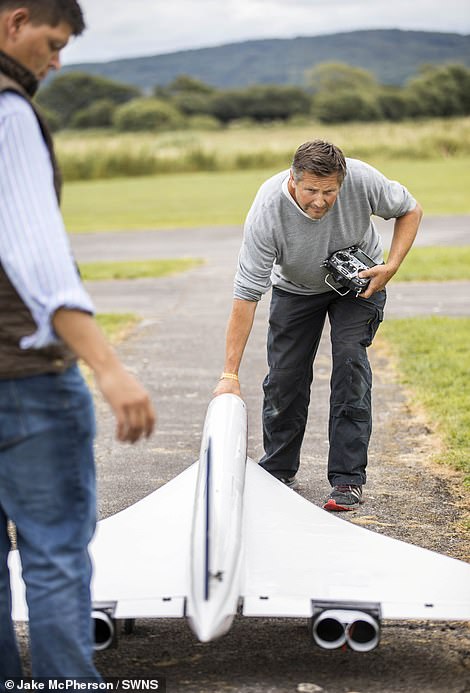 Dad-of-three Andy believes that with the new engine parts installed in the Concorde replica it would be worth more than £3,000. He has another 65 planes at home, with are collectively worth more than £100,000

‘They are all powered with a single cylinder petrol engine.’

Pilots were restricted to flying at 1,000 feet because the event was held in the vicinity of Bristol Airport.

The Woodspring Wings Model Aircraft Show has been a regular fixture on the flying calendar since shortly after the club began in 1989.

It has since grown to be the biggest model aircraft show in the South West, and attracts around 5000 visitors each year.

Held over two days on the second weekend in July, the show features all-day model flying displays by some of the country’s top pilots. 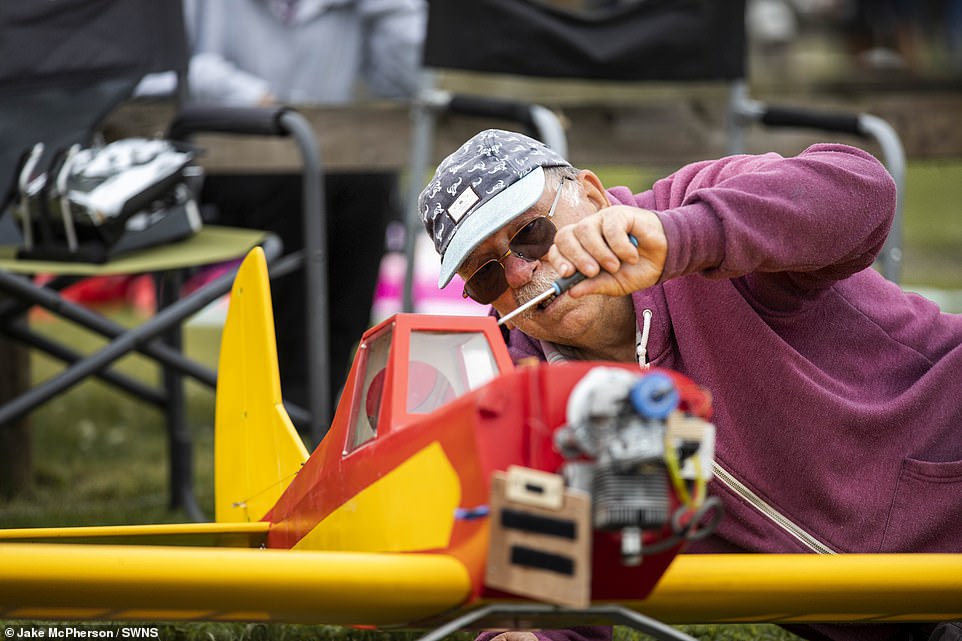 An older enthusiast makes a few adjustments to his vintage aircraft while at the show. Aircraft models vary in age and design, although the show is more popular for aerobatic planes 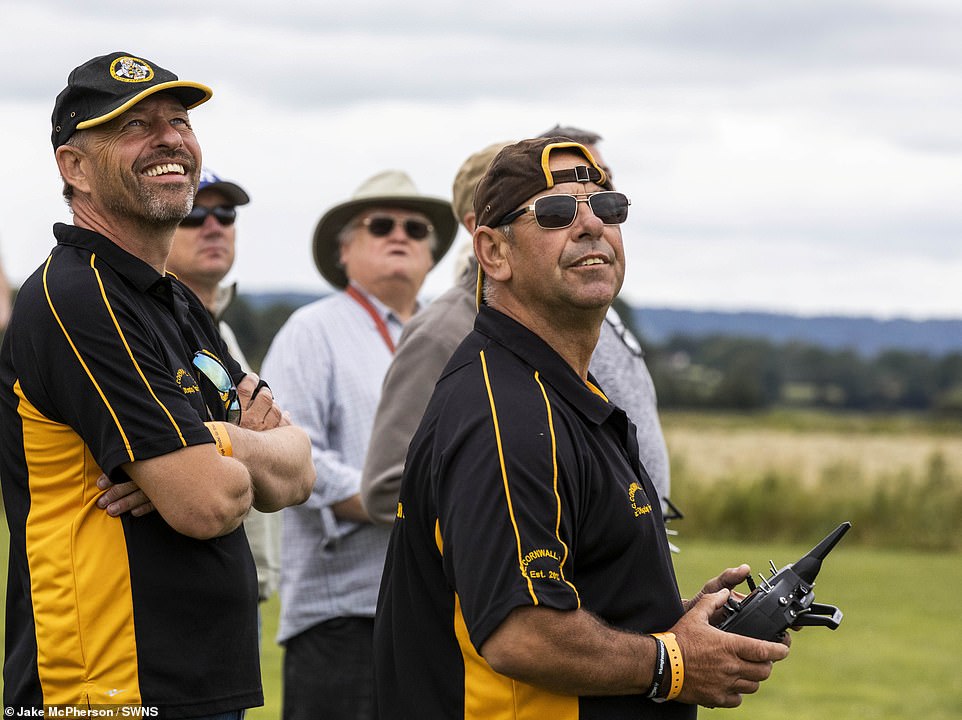 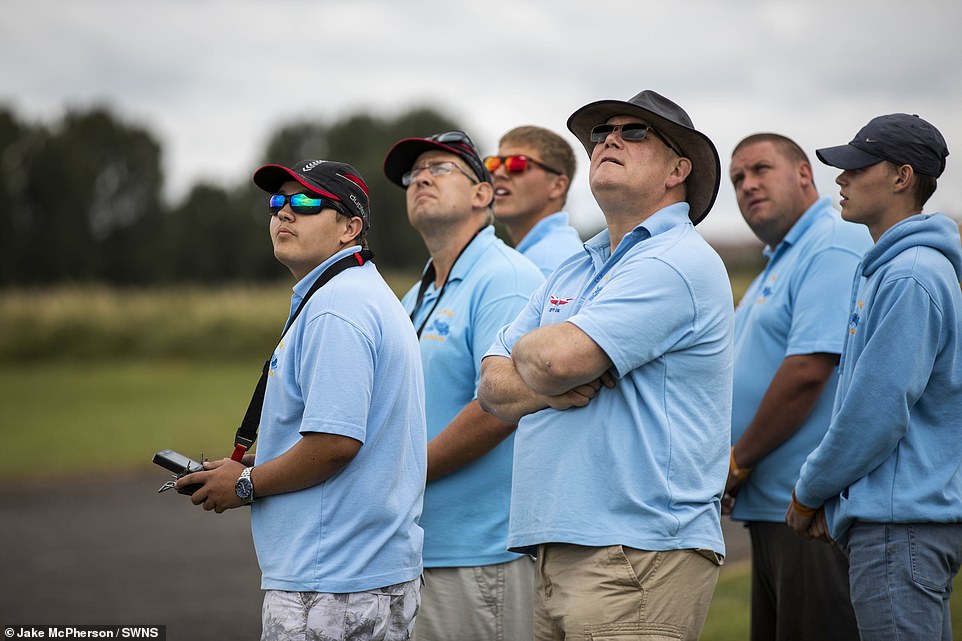