One hundred and thirty-nine women were killed by men in 2017, with two in five of the cases involving excessive violence, a report has revealed.

The latest Femicide Census, drawn up by charity Women’s Aid and campaigner Karen Ingala Smith, suggested 58 of the deaths featured ‘overkilling’ – where more violence is used than is necessary to kill the victim.

The report’s authors looked at 139 deaths of women and girls aged 14 and over at the hands of men in 2017, including 21 victims of the terrorist attacks in Manchester and London.

They claim that ‘in our society, men’s violence against women and girls is not only routine, but tolerated and normalised’.

And they are calling for funding promises from the Government to stop specialist support services closing down.

Of the victims last year, 64 women (46 per cent) were killed by their current or former partner – when the terrorist attacks were excluded, the proportion rose to 54.2 per cent.

Most victims were aged between 26 and 55 – 82 women, 59 per cent of the total – and the majority were killed either at their home or the perpetrator’s. 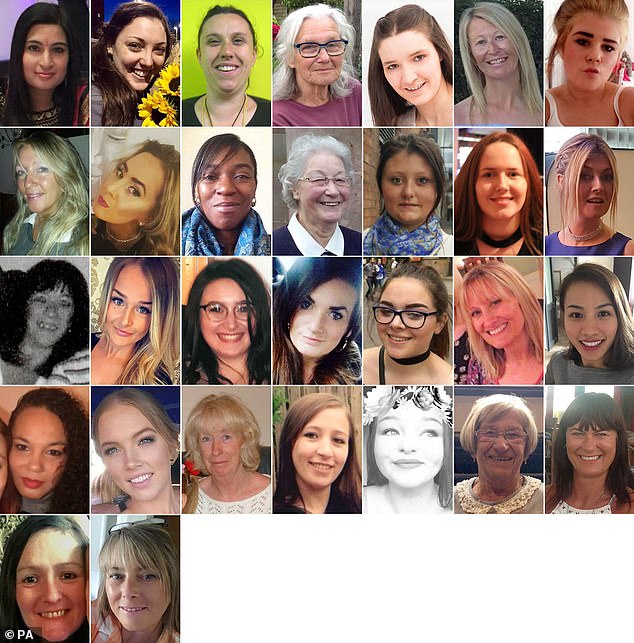 The Femicide Census collected data on ‘overkilling’ for the first time and found it was evident in 42 per cent of the cases in 2017.

A victim was stabbed 175 times in one case, according to the Guardian.

In others, women were ‘hit 40 times with an axe’, ‘bludgeoned repeatedly’ and ‘battered virtually beyond all recognition’.

Ingala Smith, the chief executive of the domestic violence charity Nia told the newspaper that overkilling ‘highlights the brutality and misogyny that men bring to their violence against women whether dead or alive.’

Katie Ghose, Chief Executive of Women’s Aid, added: ‘Time and time again, we hear of cases where a woman has been killed by a man as an ‘isolated incident’, yet the latest Femicide Census report shows yet again that this is not the case. 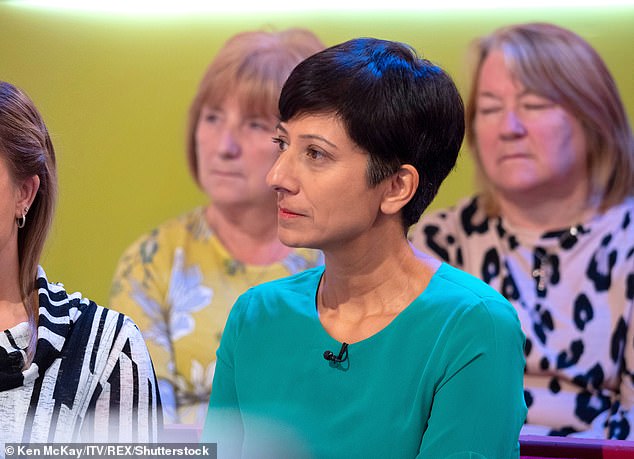 Katie Ghose (pictured), Chief Executive of Women’s Aid, is calling for guaranteed funding to stop the charity’s specialist support services from closing down

‘The majority of these cases are not isolated incidents, there are too many similarities in the circumstances where women are killed by men.

‘In four in 10 cases, there was evidence that the perpetrator used excessive violence, more than was necessary, to kill the victim.

Femicide is generally understood to involve the intentional murder of women because they are women, but broader definitions include any killings of women or girls.

Femicide is usually perpetrated by men, but sometimes female family members may be involved.

Femicide differs from male homicide in specific ways. For example, most cases of femicide are committed by partners or ex-partners, and involve ongoing abuse in the home, threats or intimidation, sexual violence or situations where women have less power or fewer resources than their partner.

The term femicide was introduced in the last century to describe killings of women that were gender related in order to recognise the impact of inequality and discrimination, identified internationally as a root cause of violence against women.

Femicide has been identified globally as a leading a cause of premature death for women, yet there is limited research on the issue in Europe. The Global Study on Homicide in 2011 indicated that while there has been a decrease in homicides worldwide there has been an increased in the number of femicides.

‘Despite the extreme level of fatal male violence being used against women, it is clear that not enough is being done to protect women from men’s violence and prevent more women’s lives being taken.’

The Government is expected to publish its Domestic Abuse Bill later this week, and Women’s Aid is calling for guaranteed funding to stop specialist support services from closing down.

Ms Ghose added: ‘Our network of life-saving specialist services is not an optional extra but an essential piece of the jigsaw in our response to domestic abuse and femicide.

‘They not only provide survivors with the support they need to escape abuse but they are also often the key to survivors having the confidence to report the abuse to the police in the first place.

‘The Domestic Abuse Bill must protect specialist services from closure – only then can we ensure that every survivor can safely escape and rebuild her life, free from fear and abuse.’

A Home Office spokesman said: ‘Domestic abuse is a devastating crime that shatters the lives of victims and we are determined to transform our response.

‘The Home Office has made it a statutory duty for Community Safety Partnerships to produce a Domestic Homicide Review to ensure lessons are to be learned from those who are murdered by family or those close to them.

‘We will soon be publishing a refresh of our VAWG strategy, which will look at further ways we can support victims.’