Dr. Richard Strauss has been accused of abuse by more than 100 people. He killed himself in 2005

At least 145 people have provided firsthand accounts of sexual misconduct by a former Ohio State University team doctor accused of groping scores of male athletes and other students during his two decades there.

They’re among more than 335 people interviewed by the law firm hired to investigate allegations raised this year about Dr. Richard Strauss, according to an update from the university’s attorney that was read Thursday to an Ohio State trustees’ committee by Provost Bruce McPheron.

The people interviewed by Seattle-based Perkins Coie so far include employees from athletics, the health center and human resources, as well as administrators from that time period, though some key witnesses are now deceased, according to the letter.

The team has searched 525 boxes of university records for relevant materials, and the investigators say that number likely will double as investigators continue trying to track down decades-old information from papers and people.

‘The significant passage of time that has occurred since Strauss’ tenure at the university brings with it the additional challenge of scattered witnesses who must first be identified, then located, and then willing to cooperate,’ McPheron read.

The allegations dating from 1979 to 1997 now involve male athletes from at least 16 sports, plus Strauss’ work at the student health center and his off-campus medical office. Investigators also are reviewing whether university officials properly responded to any concerns raised about Strauss during his tenure, and whether Strauss examined high school students.

No deadline is set for completing the nearly 5-month-old investigation, but the lawyers estimate their fact-finding efforts could wrap up this fall if no further avenues of inquiry arise.

Some of the trustees on the Audit and Compliance Committee also are on a task force monitoring the investigation.

‘It is a very independent process, extremely comprehensive,’ said one of them, trustee John Zeiger, who said the university will be straightforward about what the investigation concludes. 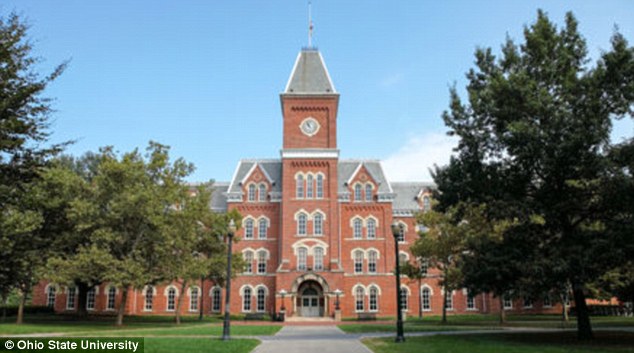 Some of the doctor’s victims are now suing Ohio State University (pictured), claiming it facilitated the abuse

Strauss killed himself in 2005. His relatives have said they were shocked by the allegations and want to know the truth.

Many of the accusers who have spoken publicly allege Strauss groped them or conducted unnecessary genital exams. Some of them are plaintiffs in three related lawsuits filed against the school.

It’s also the subject of an investigation by the U.S. Department of Education Office for Civil Rights, which is examining whether Ohio State has responded ‘promptly and equitably’ to students’ complaints, including claims that school officials knew about misconduct by Strauss but didn’t stop him.

Ohio State’s chief compliance officer has said the university has responded appropriately since allegations about Strauss were brought forward this spring.

Some alumni say they raised concerns about Strauss to university employees as far back as the late 1970s, early in Strauss’ tenure.

The university has a record of at least one documented complaint in 1995, when a student health center director said a student’s complaint about being inappropriately touched by Strauss during an exam was the first such complaint he’d received.

Ohio State has urged anyone with information about Strauss to contact the outside investigators from the law firm Perkins Coie, which isn’t proactively reaching out to possible victims out of concern for potentially re-traumatizing them.