Fifteen young Brazilian transsexuals were threatened with black magic as they were pimped to clients in Murcia, Spain.

Spanish police said today they rescued the victims and arrested 13 people throughout the country accused of running the sex trafficking ring.

The criminal bosses used beatings, drugs and black magic ‘to coerce’ the prostitutes. 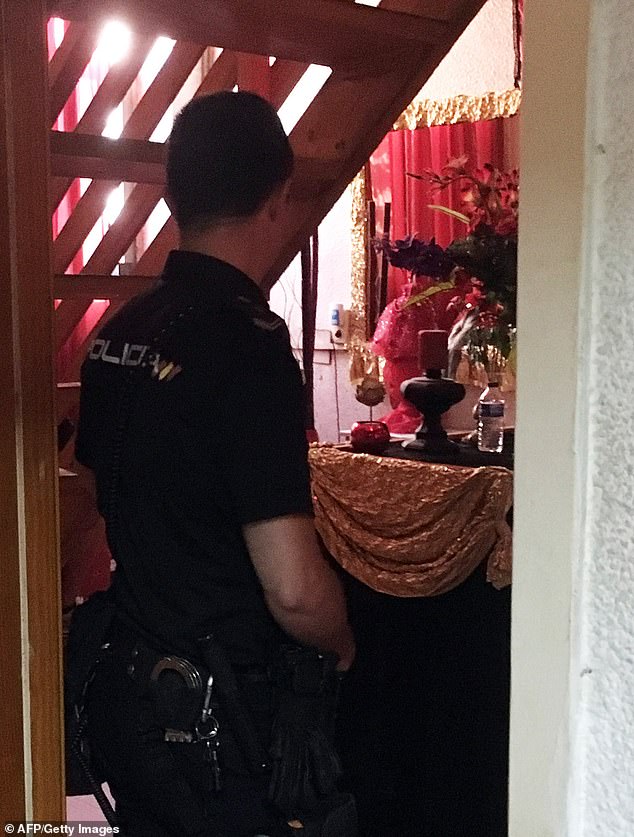 In addition authorities seized three apartments in the southeastern city of Murcia where they found items relating to black magic and the ritualistic Santeria religion.

The police said: ‘The criminal group was headed by a Brazilian national, who from Spain and with the aid of associates, recruited youths in Brazil who were in a precarious economic condition. They were then tricked into coming to Spain.’

Police said the gang forced its victims into prostitution, made them consume and sell drugs and sometimes locked them up in the flat where they ‘faced continued threats and even physical beatings’.

The authorities busted the enterprise after one of the victims filed a complaint at a police station in Murcia.

The 13 suspects who were arrested are between the ages of 19 and 60. They include nationals from Brazil, Colombia, Peru, Romania and Spain.

Four of the suspects have been jailed as the investigation continues, while the rest were released on bail.