A teenage girl who ‘lit up the room’ and dreamed of being a teacher has died of sepsis brought on by a rare condition which saw her ovaries become twisted.

Paige Jacobsen, 15, of Prescot, Merseyside, became gravely ill when she developed an infection caused by Ovarian Torsion, a painful condition that cuts off blood supply to the organs.

Paige was rushed to Whiston Hospital in the early hours of December 3 as she was feeling unwell in the night.

While she was on her way to hospital, she was put on a ventilator but she suffered two cardiac arrests.

However, as she being taken to Alder Hey Children’s Hospital in Liverpool, she had a third cardiac arrest and tragically died shortly before midnight.

Friends of the family have now set up a GoFundMe page to cover Paige’s funeral costs.

Paige Jacobsen, 15, of Prescot, Merseyside, became gravely ill when she developed an infection caused by Ovarian Torsion, a painful condition that cuts off blood supply to the organs. She died of sepsis following the sudden condition

Although Paige did not complain of feeling pain and was having regular periods, she developed an infection from her ovary which then developed into sepsis.

Tragic Paige, a pupil at The Prescot School, was described as ‘very intelligent’ and was said to have made “everyone smile” in tributes paid to her.

Her heartbroken parents Leanne Jacobsen and Colin Atkinson said in a joint statement: ‘We are preparing to bury our daughter which we thought we would never do. 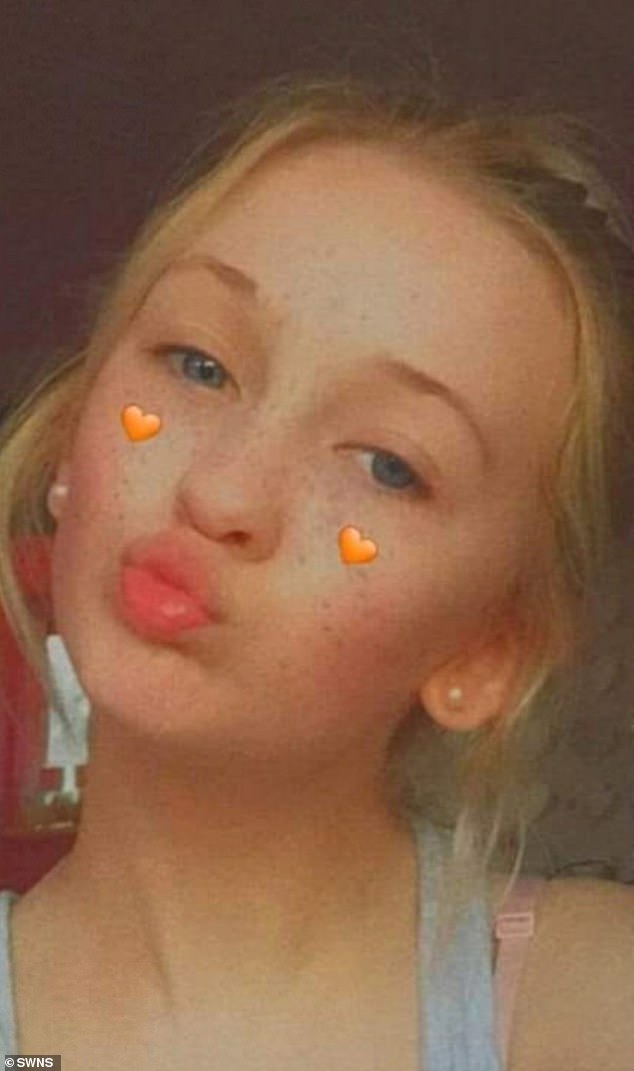 Paige’s family said they were heartbroken following her death, and hope to raise awareness about the disease

What is ovarian torsion?

Ovarian torsion happens when one or both ovaries become twisted arounf their ligaments.

It can cause severe pain and other symptoms, due to the fact the ovary is not receiving enough blood.

Tissue death, leading to sepsis, can happen if the blood restriction goes on for too long.

Ovarian torsion, which is also called ‘adnexal torsion’ usually affects only one ovary.

Symptoms can include nausea, severe pelvic pain and vomiting, fever and  abnormal bleeding.

People between the age of 20 and 40 can experience ovarian torsion, however, it can happen to any woman of any age.

‘We are heartbroken our angel has grown her wings so early.

‘We loved Paige with all our hearts and a piece of us has died with her.

‘She will be deeply missed by the whole family.’

They also hoped to raise awareness of the rare condition which tragically took Paige from them.

They urged people to research the condition and look out for any early warning signs, such as severe, sudden pain in the lower abdomen.

They added: ‘Any awareness raised to help any other family learn about this condition, even saving just one child will be amazing.’

Debbie Gladman, whose daughter Katie Blane was best friends with Paige, said: ‘She was just an amazing person for her age.’

Debbie, 42, described Paige as being like her ‘fifth child’ and said the teenager was ‘very bright.’

Paige had enrolled to train in hair and beauty after finishing school, but also had her sights set on higher education as she got older.

Debbie added: ‘She was very clever and very bright, but she never bragged about it. She just went in and got on with it.

‘She was fun and always happy. She would come in the room and automatically you would just feel happier with her being around, she was that type of person. 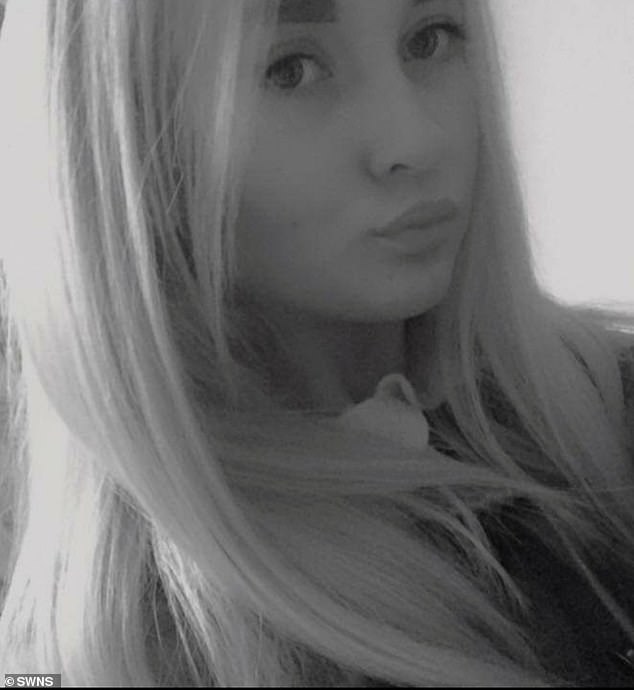 The teenager is remembered as someone who ‘lit up’ any room she was in, and a ‘very bright’ student 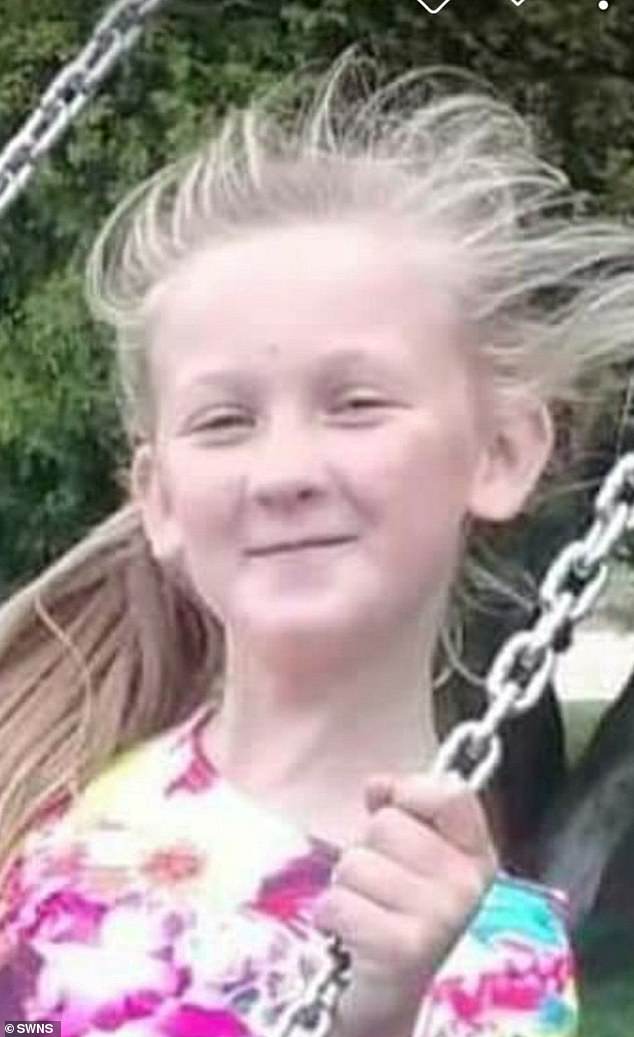 A photo of Paige when she was younger. A GoFundMe page was set up by friends of the family to help cover the teen’s funeral costs

‘She would dance and not care who was watching, she’d dance on the way to school and sing.

‘She and my daughter were really close, told each other everything and never argued.’

Debbie has set up a gofundme page for Paige’s parents to help cover funeral costs.

She added: ‘Paige wasn’t even in pain, so there wasn’t much warning with it and it was quite scary. It is quite rare and it’s scary it can happen to such a young person.’

Shocked teachers at Paige’s school described her as ‘being small in stature, but larger than life in character” in a tear-jerking tribute.

Sepsis is a life-threatening condition caused when the body releases chemicals to fight an infection.

These chemicals damage the body’s own tissues and organs and can lead to shock, organ failure and death.

Organ failure and death are more likely if sepsis is not recognized early and treated immediately.

Sepsis infects an estimated 55,000 Australians each year, killing between 5,000 and 9,000 making it more than four times deadlier than the road toll.

The symptoms can look like gastro or flu and can become deadly, rapidly.

The six major signs of something potentially deadly can be identified by the acronym ‘SEPSIS’:

Children may also show convulsions or fits, and a rash that doesn’t fade when you press it – and more than 40 per cent of cases occur in children under five.

Anyone who develops these symptoms should seek medical help urgently — and ask doctors: ‘Could this be sepsis?’

Sepsis is a leading cause of avoidable death killing about 10,000 Australians each year

The early symptoms of sepsis can be easily confused with more mild conditions, making it difficult to diagnose.

The Prescot School said in a statement: “She was a fun, bubbly girl who quite simply brought joy to all those around her.

‘Not only was Paige very popular, but she also had so much talent and potential.

‘She worked hard in lessons and some of the work she produced in her photography course was particularly impressive.

‘Paige also had a maturity of thinking that not only meant that she could contribute some brilliant things to class discussions, but she was also a very valued friend to so many people.

‘To say that Paige will leave a hole in our community is an understatement.

‘She was always at the heart of everything, Paige never wanted to miss out on any opportunity, and we will do all that we can to honour her memory.”

The school said that counselling and support is being made available to staff and students affected by Paige’s death.