Countries around the world have switched off the lights for Earth Hour, a global call for international unity on the importance of climate change.

The day began in Sydney in 2007 and has spread to more than 180 countries. Tens of millions took part in the symbolic action to raise awareness on global warming.

The World Wildlife Fund event saw key landmarks including London Bridge, the Eiffel Tower, the Coliseum in Rome and the Empire State Building in New York go dark for an hour.

Countries around the world have switched off the lights for Earth Hour, a global call for international unity on the importance of climate change

The initiative, which focuses on support for biodiversity – specifically forests, oceans and wildlife conservation, is meant to inspire millions around the world to take action.

The sixty minutes are ‘an opportunity to adopt a shifting of the consumption culture, and behaviour change towards sustainability’,said Indian Environment Minister Harsh Vardhan. 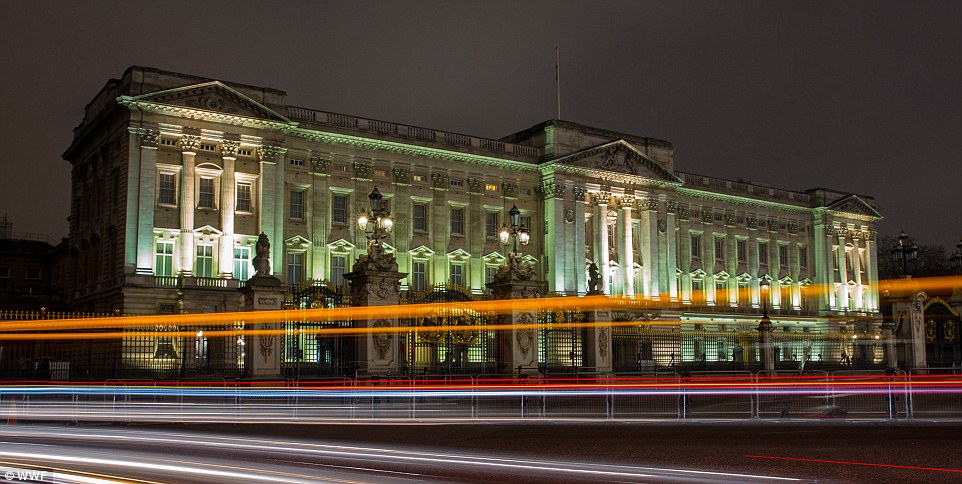 Last year nearly nine million people took part in the silent call for change. Over the years, the campaign has achieved the banning of plastic in the Galapagos Islands and the planting new forests in Uganda.

In Jordan, the Royal Society for the Conservation of Nature arranged 11,440 candles on a hilltop in the capital of Amman, establishing a Guinness World Record for the largest candle mosaic.

The candles spelled the Earth Hour motto of ’60+’. 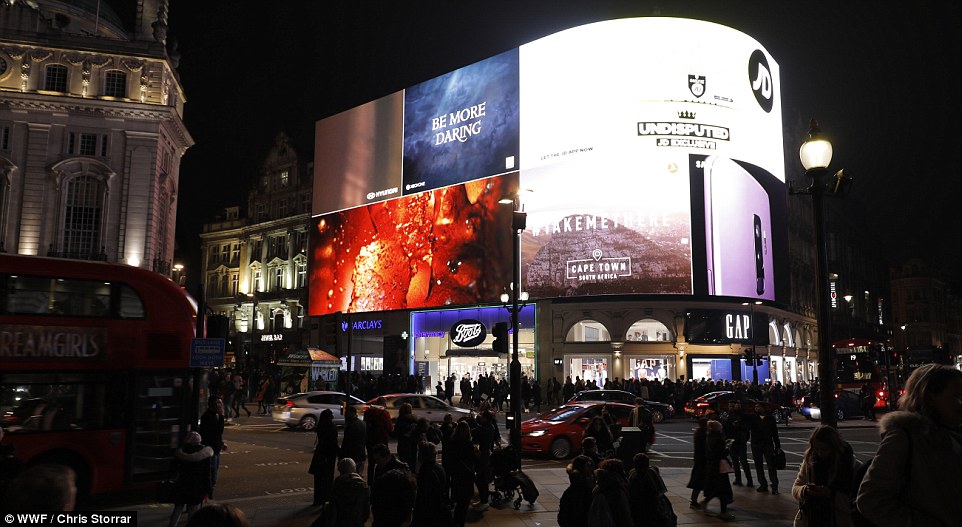 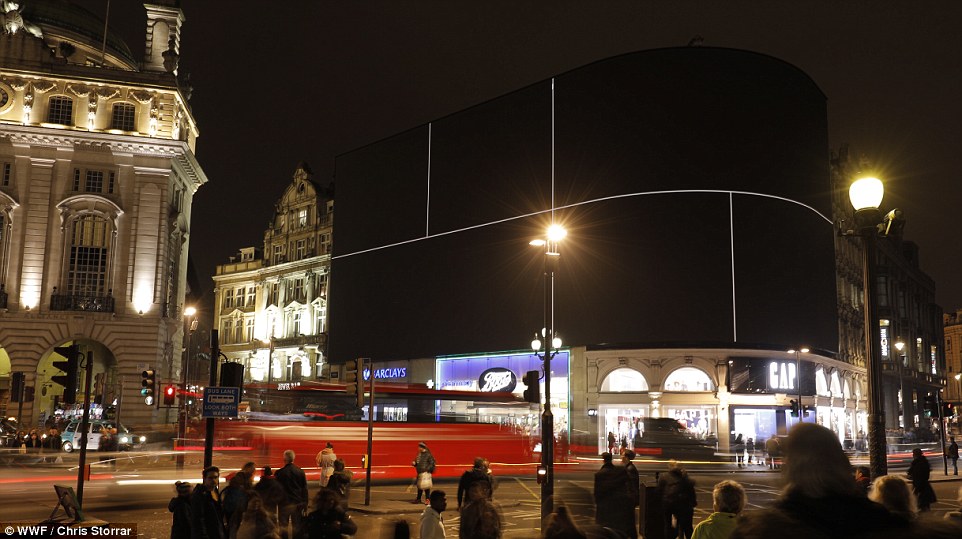 To mark this year’s Earth Hour, WWF asked the public to make a ‘promise for the planet’ – a small step to help reduce their environmental footprint – such as carrying a reusable coffee cup or ditch paper towels.

The WWF stated that though these changes are small, ‘millions of people taking these actions together will have a massive, powerful impact’. 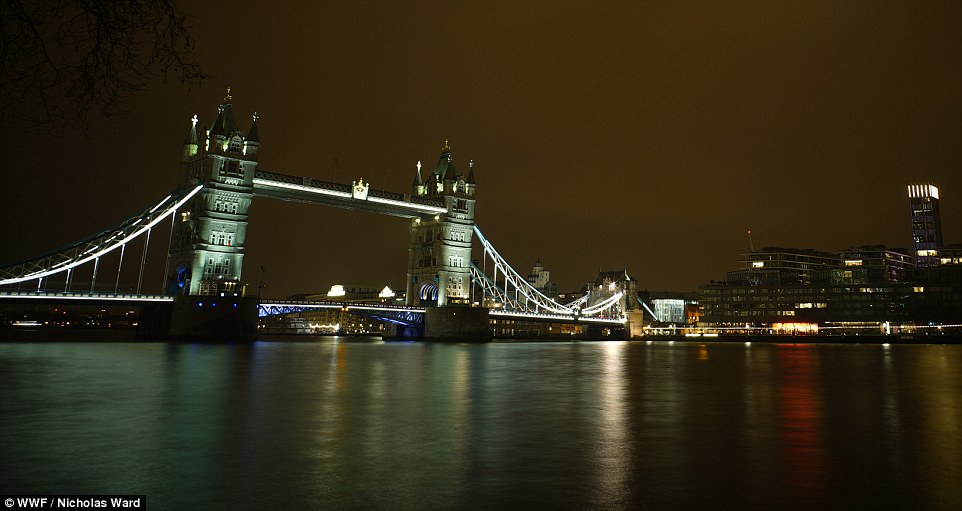 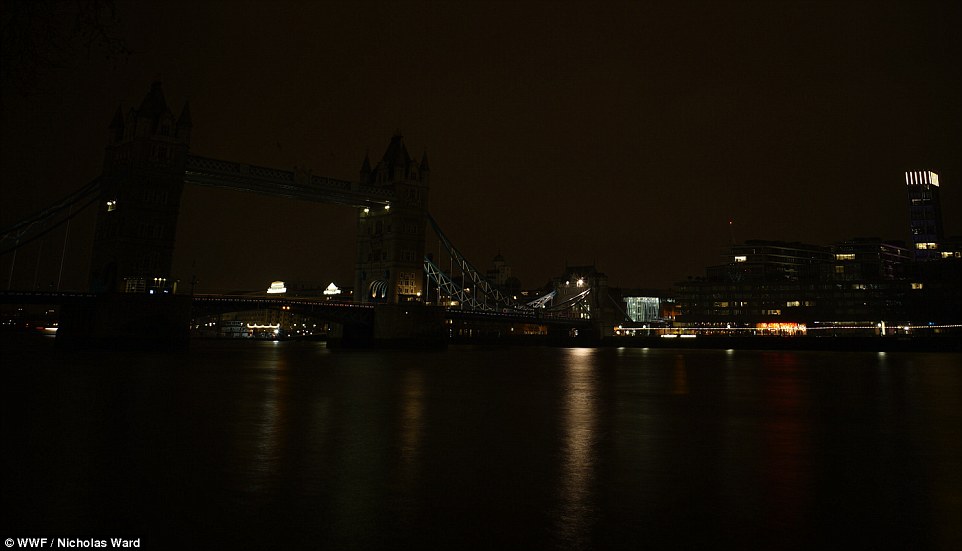 Campaigners also called for strong action from Government and businesses to tackle issues like plastic waste.

‘We can’t do it solely on people’s goodwill,’ said Gareth Redmond-King, head of climate and energy at WWF UK. 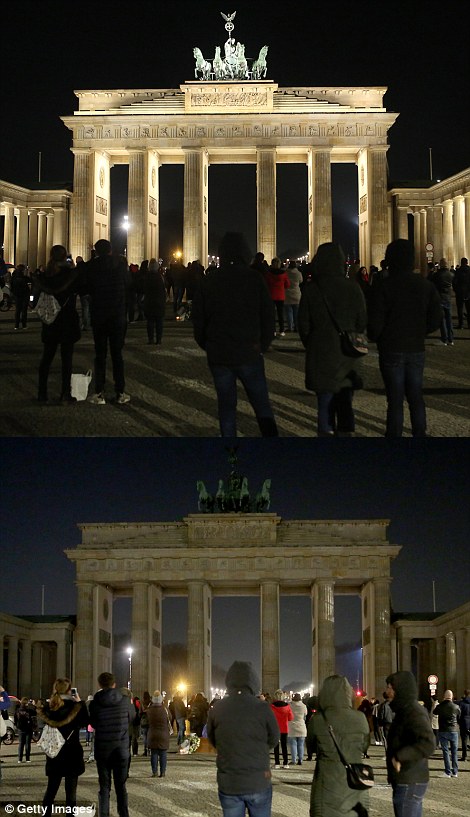 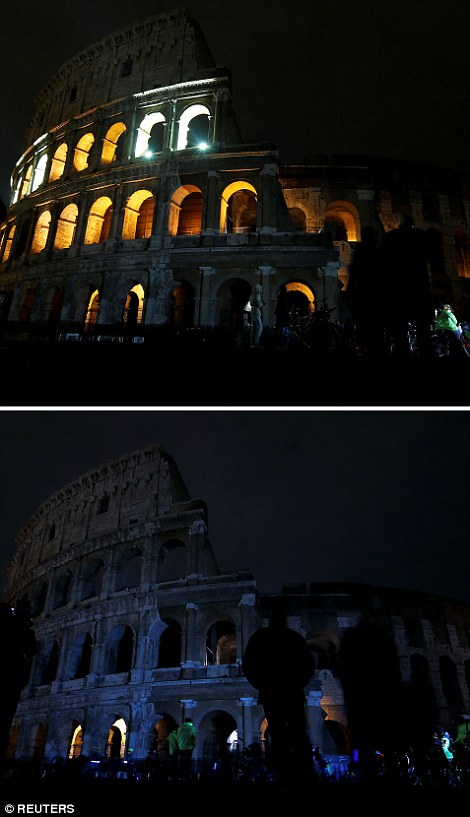 The Brandenburg Gate in Berlin and the Coliseum in Rome

The scene was repeated across the world at Sydney’s Opera House, Kuala Lumpur’s Petronas Towers, Christ the Redeemer in Brazil and at St Basil’s Cathedral in Moscow.