New espionage laws could be brought in to crack down on foreign agents in Britain in the wake of the Salisbury novichok attack, the Home Secretary has said.

Britain expelled 23 Russian diplomats in the wake to the attack, but Mr Javid said the incident had revealed ‘real gaps’ in existing laws.

He announced that the Government is preparing the way for a new espionage Bill. 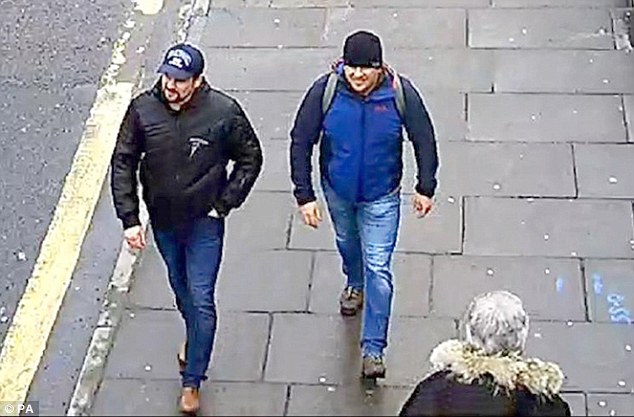 In a speech at Scotland Yard, Mr Javid said: ‘Since the Salisbury attack, the Home Office has been reviewing the laws we have around hostile state activity.

‘I believe that there are some real gaps in current legislation.

‘We have to ensure that we have the necessary powers to meet the current and evolving threats to the UK, both domestically and overseas.

‘Getting that right, and having those right powers and resources in place for countering hostile states, must be a post-Brexit priority.’

Mr Javid said the proposed espionage Bill will bring together ‘new and modernised powers’, giving security services the ‘legal authority they need to tackle this threat’.

Areas under consideration will include whether to follow other countries in introducing a ‘foreign agent registration’ requirement.

The Home Secretary said: ‘There are other countries – the US is probably the best example in this space – that have something similar in place.

‘By having laws like that, I think it would make it easier for us to act should we detect hostile state activity in the future.’ 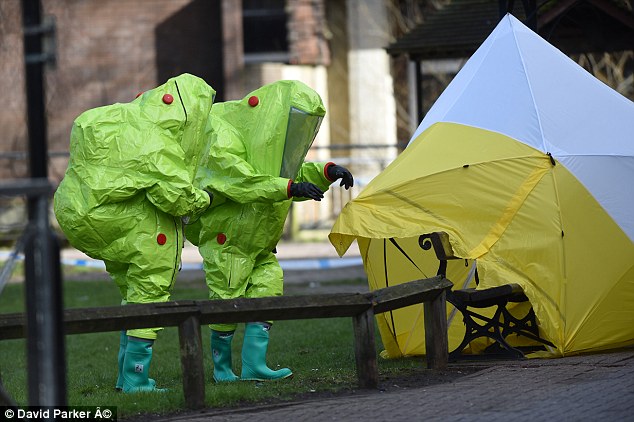 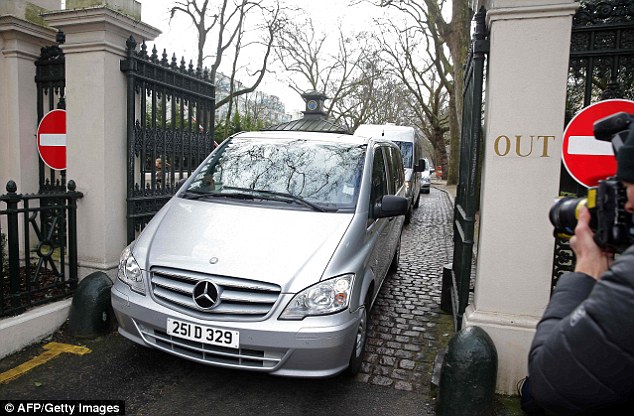 Britain expelled 23 Russian diplomats in the wake of the attack, but new rules could go further

He also disclosed that he has asked officials to consider the case for updating treason laws.

Mr Javid said: ‘Our definition of terrorism is probably broad enough to cover those who betray our country by supporting terror abroad.

‘But if updating the old offence of treason would help us to counter hostile state activity, then there is merit to considering that too.’

Any new measures would build on action already taken by ministers in the wake of the Salisbury attack in March 2018.

Legislation passed earlier this year introduced a new power for authorities to stop, question, search and detain an individual at UK ports and borders to determine whether they are, or have been, involved in hostile state activity.

He said: ‘My message is clear: the UK is open to the world, but if you seek to do us harm, you are not welcome.’ 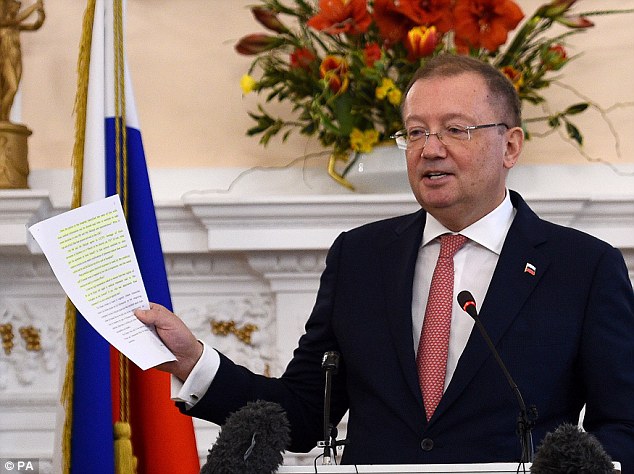 He warned that, despite the success in stopping plots since the Parsons Green attack in 2018, ‘the tempo of terrorist activity is increasing’. 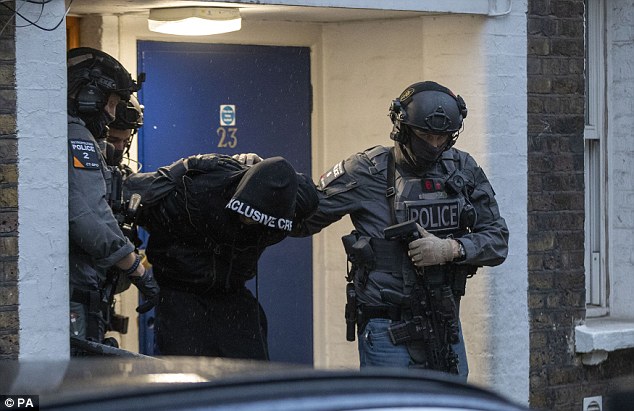 Mr Javid cited the attacks in Sri Lanka and New Zealand as evidence that ‘the threat from beyond our shores is also increasing’.

He said: ‘Each and every day, our security services fight against terror – from large international terrorist groups, to radicalised individuals.

‘In the past two years, they have foiled 19 major terrorist attacks – 14 of them Islamist, and 5 of them motivated by extreme right-wing ideologies.

‘But those are just the headline figures. For each attack prevented, there are dozens more that never have the chance to begin in the first place. And despite this impressive work, the tempo of terrorist activity is increasing.’ 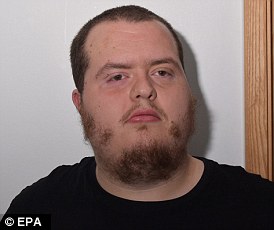 Among the foiled plots was that of British Muslim convert Lewis Ludlow, who plotted the slaughter of scores of Oxford Street shoppers.

In March and April last year, Ludlow prepared to drive a van through busy crowds.

He was stopped after police followed him and found a note setting out his plans ripped up in a bin. He was jailed for life earlier this year.

The worrying statistics were revealed as Mr Javid new counter-terror laws which could ban British nationals from travelling to the last remaining rebel enclave in Idlib, north-west Syria.

The move follows the passing earlier this year of the Counter-Terrorism and Border Security Act which allows the Home Secretary to bar UK citizens from travelling to or remaining in specific designated areas in order to protect the public from terrorism.

Failure to comply can result in a maximum prison sentence of 10 years.

Mr Javid said: ‘I’ve asked my officials to work closely with the police and intelligence agencies to urgently review the case for exercising this power in relation to Syria, with a particular focus on Idlib and the north east,’ he said.

‘So anyone who is in these areas without a legitimate reason should be on notice.’

He said police have seized passports at the border and prevented suspected extremists from leaving the country.

He said: ‘As these threats become more global we all rely on an international system of defence, policing, security and intelligence. A safety net based upon cooperation, and unity.

‘More than any other country on Earth, the UK has a coherent, connected approach to intelligence and security and when threats appear, the world still turns to the UK for leadership, support, and action.’

Idlib – which is surrounded by the Syrian government forces of President Bashar Assad – is home to an estimated 3 million civilians living in increasingly desperate conditions.

Since January it has been largely controlled by the jihadist alliance Hayat Tahrir al-Sham (HTS) – previously known as the al-Nusra Front until it broke off formal ties with al Qaida in 2016.