A 102-year-old warning from the NSW government as it tried to contain the Spanish flu pandemic has resurfaced as the state is locked in a desperate battle with coronavirus – and it makes for very familiar reading for Sydneysiders caught in lockdown.

The Spanish flu ravaged Australia in 1919, leaving 15,000 Aussies dead within a year of the first case arising in January, and killing 50 to 100million people worldwide.

Australia’s population stood at about five million at the time, and more than a third of all Australians were infected.

Indigenous communities were hit particularly hard by the virus, which had a 50 per cent mortality rate among Aboriginal people.

The NSW Government of today finds itself in similarly dire straits with Sydney in the grip of the Indian Delta variant, an incredibly contagious strain of the coronavirus.

Premier Gladys Berejiklian has responded with a sweeping range of restrictions and warnings that failure to follow them will spell disaster – which is exactly what the 1919 government’s flyer states.

The document begins by warning the people of NSW their state is faced with a ‘greater danger than war’ and shouts ‘EVERYONE SHALL WEAR A MASK’.

The document was released by the NSW Government on February 3, 1919 – and its calls for residents to obey measures to control a killer virus still ring eerily true today 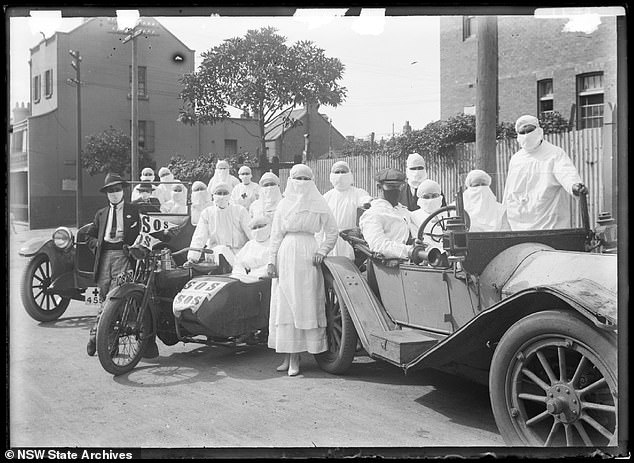 NSW Premier Gladys Berejiklian said something very similar in a recent press conference: ”New South Wales is facing the biggest challenge we have faced since the pandemic started and I don’t take it lightly’.

And Sydneysiders now have to wear face masks whenever they are indoors apart from when they’re at home.

The document was released by the NSW Government in the Government Gazette on February 3, 1919.

It singles out those who are not following flu rules for special criticism, saying they are ‘showing their indifference for the lives of others’. 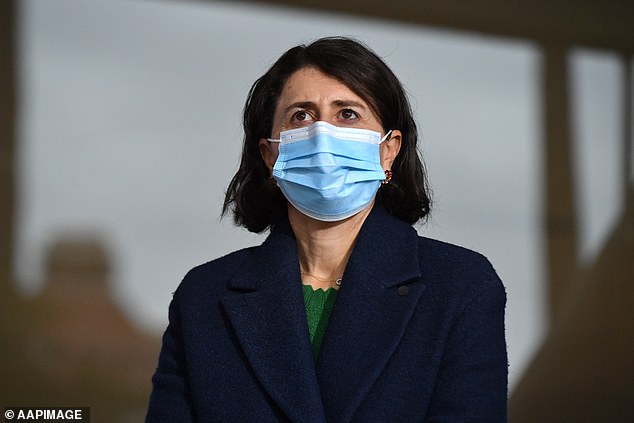 Ms Berejiklian has taken the same line, pleading with Sydneysiders to ‘avoid visiting family and friends, because you’re not allowed to. The data shows in the past few days that is how the virus is spreading’.

The flyer also states that ‘everybody is not yet working, so….the Government insists that the many shall not be placed in danger for the few’ – a principle the Berejiklian government followed when residents were banned from travelling out of the greater Sydney area to stop Covid-19 spreading across the state. 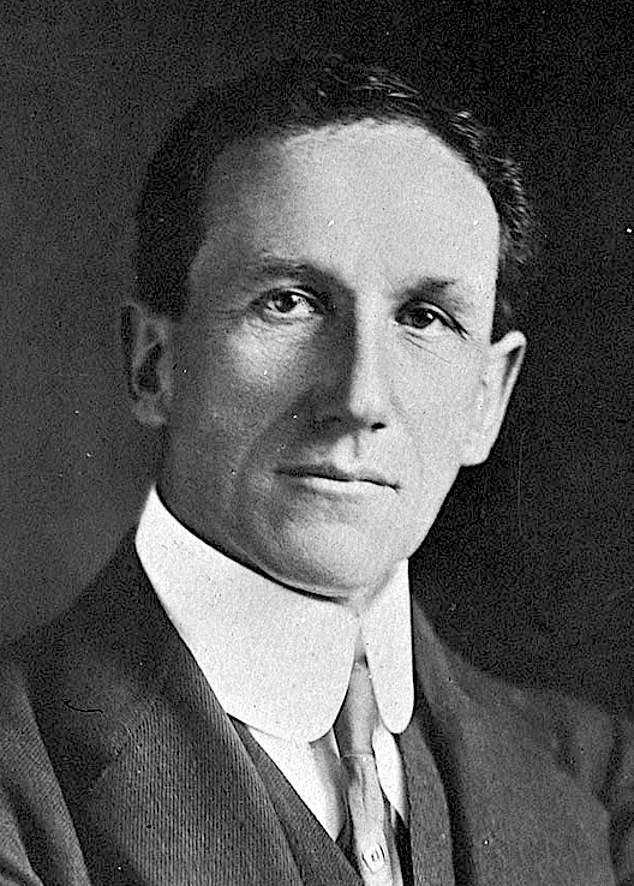 The flyer shows the 1919 government didn’t stop public transport, which is currently the case in Sydney.

And just like Ms Berejiklian’s government, it completely shut down theatres and all other forms of indoor public entertainment, as well as race meetings and church services.

But the document also shows we’ve made some big changes to how we tackle pandemics in the last century.

The 1919 government placed restrictions on hospitality venues and other businesses by limiting the number of people who could be on the premises, while today’s lockdown laws have shuttered pubs and cafes entirely.

And while Sydneysiders can only exercise in groups of fewer than two at the beach after the government toughed restrictions on Friday, no limits were placed on fans of the sand and surf back in the day.