Family transforms their 1920s cottage into a chic, modern home in just THREE months – adding a staggering $300,000 to its value

A 1920s cottage located in Prospect, South Australia has undergone a series of dramatic renovations transforming it from a dated residence into a modern home.

The extensive renovation was the work of professionals, who take on just one or two projects like this every year. 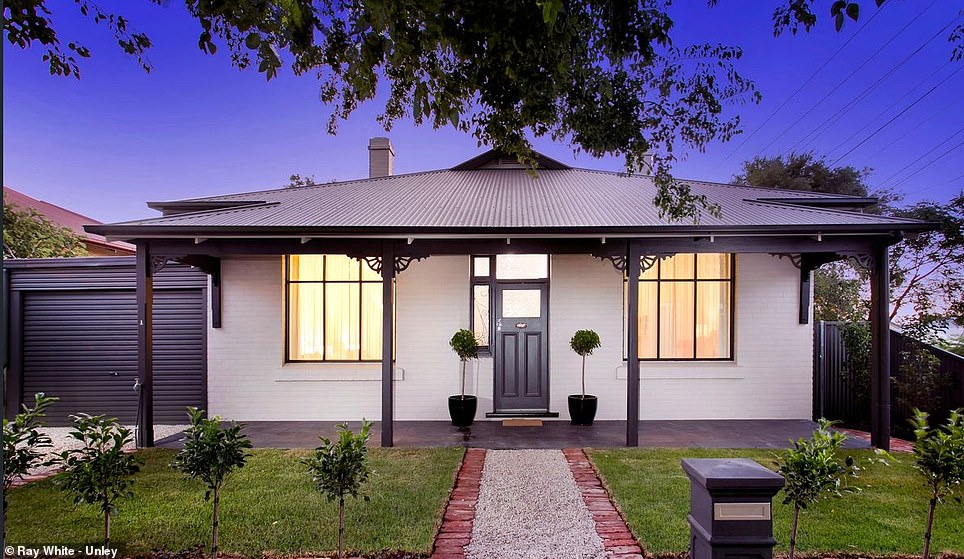 Dated red brick cladding (brick exterior) has been dispensed with along with unsightly fencing which gave this property a boxed in look and feel (left). Instead, the 1920s cottage has been renovated to highlight its old world charm while embracing modern elements (right) 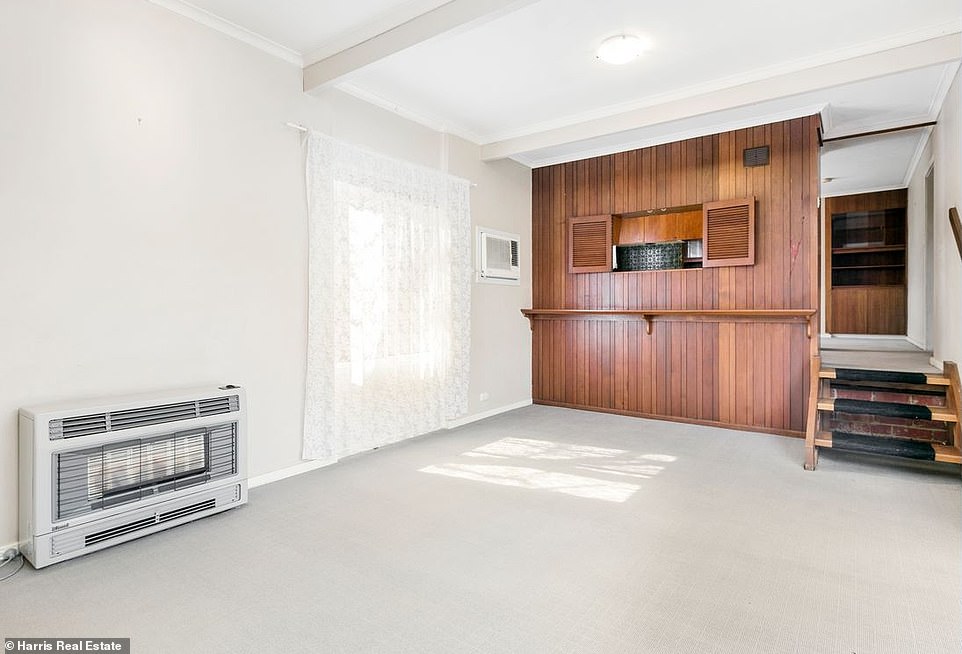 The update breathed fresh life into bland interiors, such as this living room, by removing tired carpeting and wood-panelled feature walls (pictured) 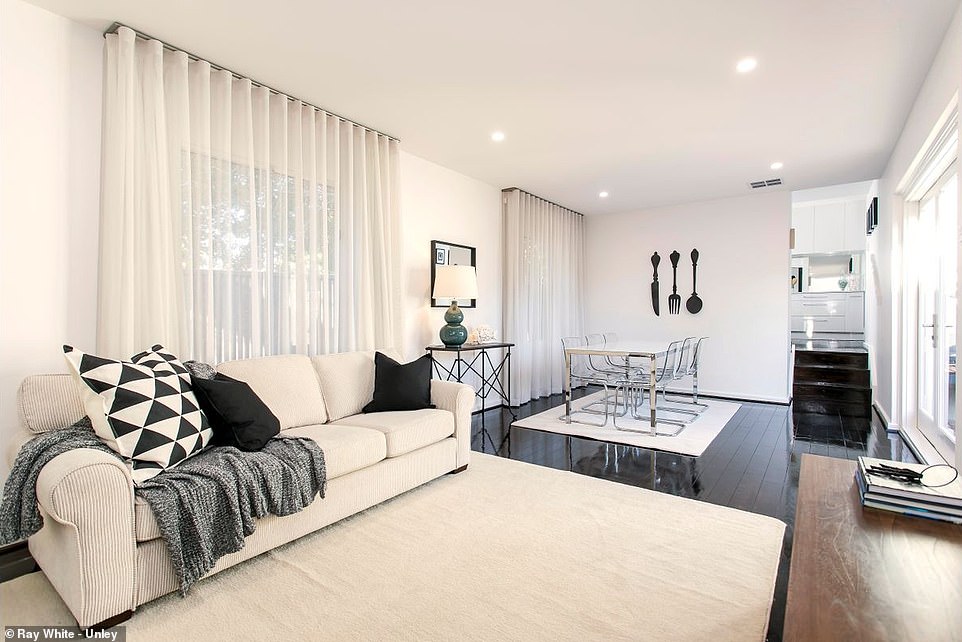 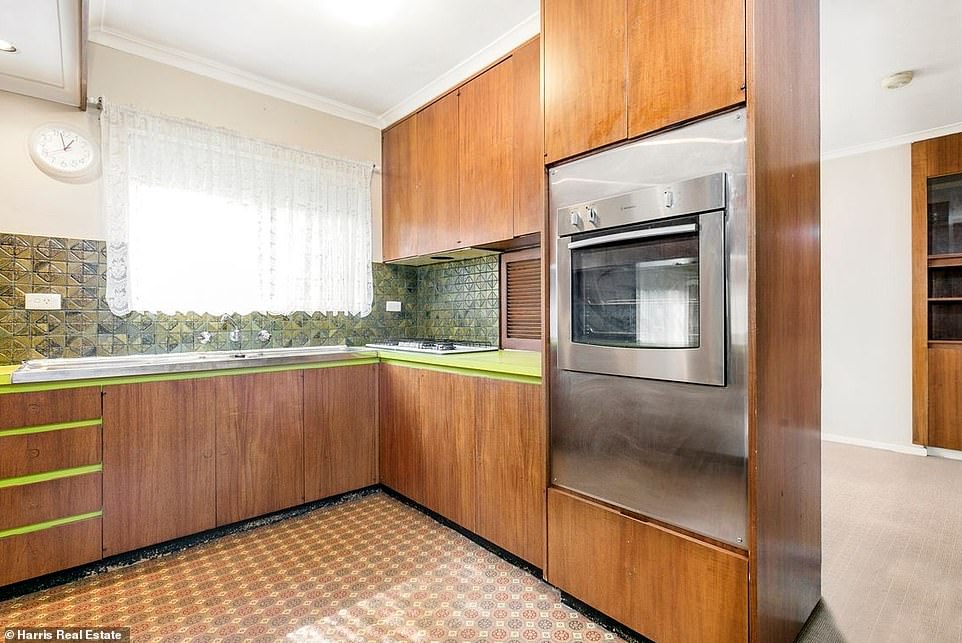 A kitchen, which once featured a green tiled spashback set against acres of wooden cupboards, is barely recognisable following its makeover 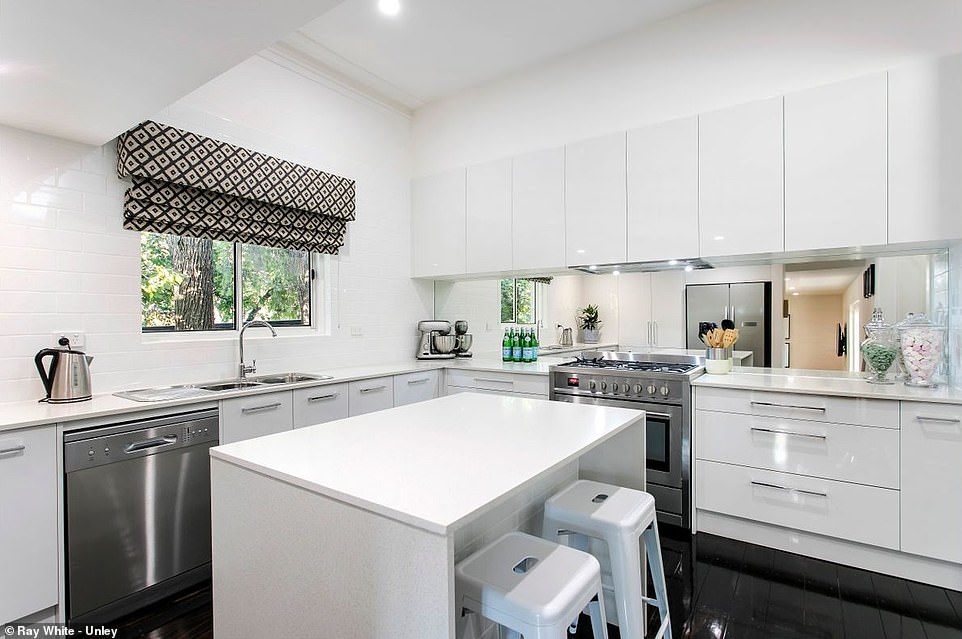 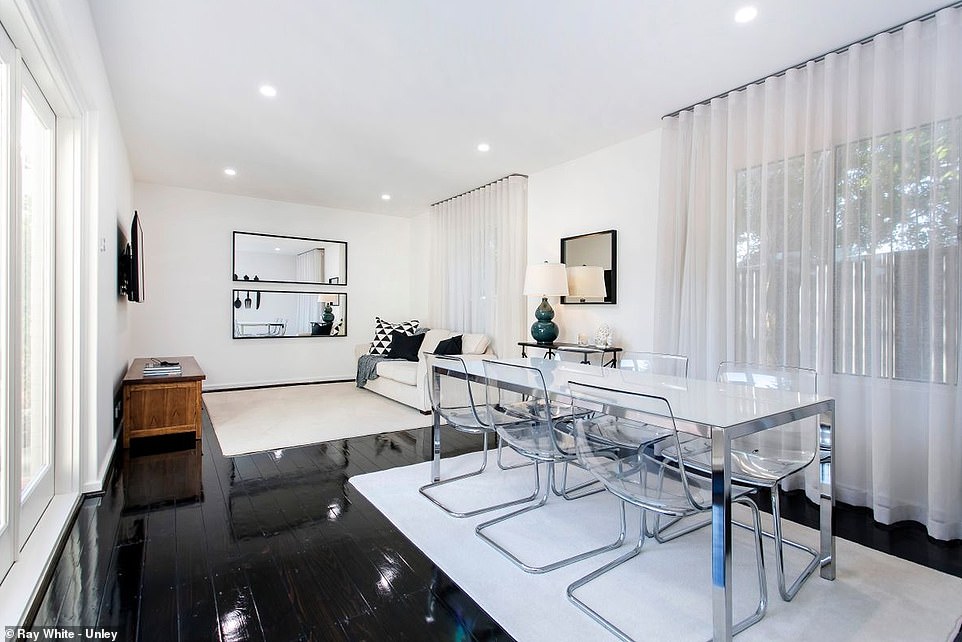 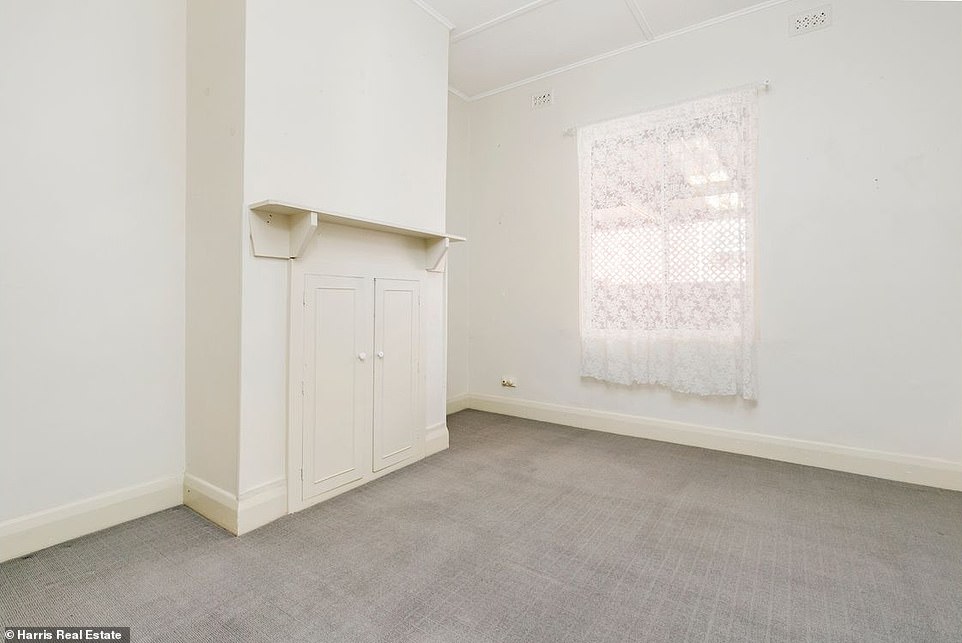 A bedroom that was once swamped in lace curtains, an obtrusive cupboard, and dull carpeting barely resembles its former self after the designers have done their work 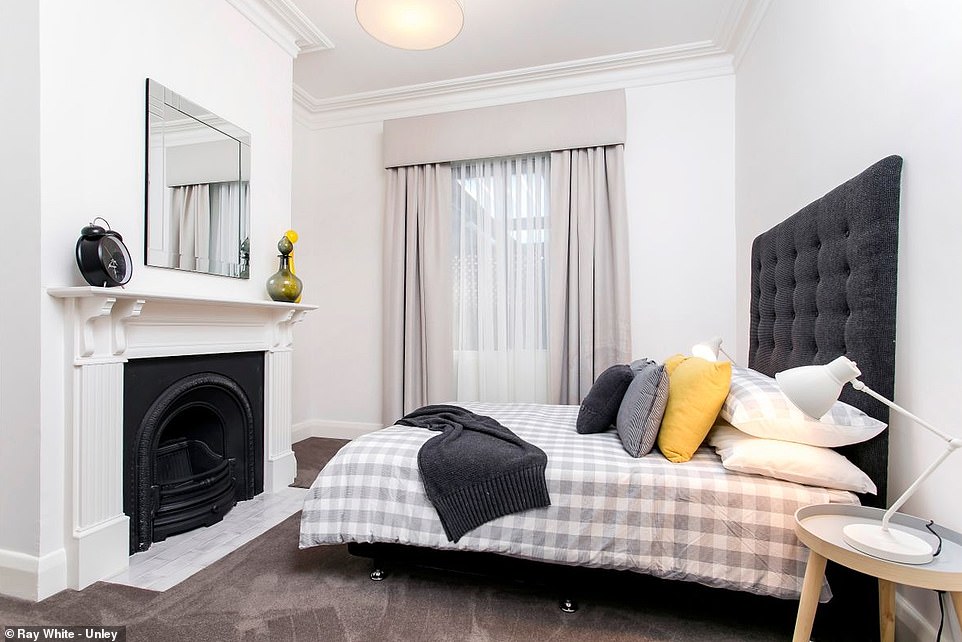 Rather than try to hide this beautiful wrought-iron fireplace, the renovators have chosen to make it a feature, one that works wonderfully well with plush carpets and floor-length drapes 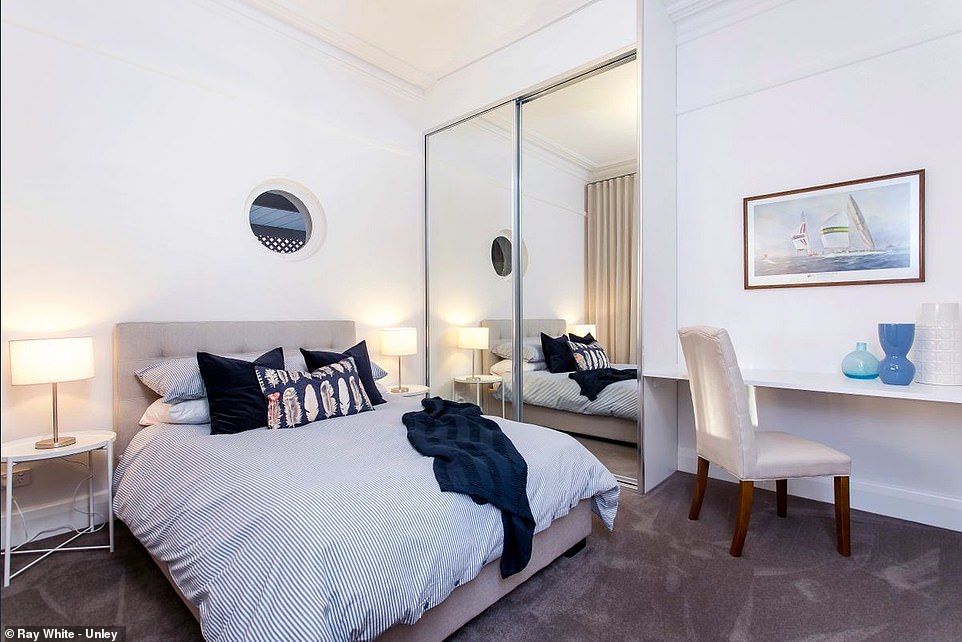 Large mirrored built in wardrobes, and unique porthole windows, are features of home’s other bedrooms 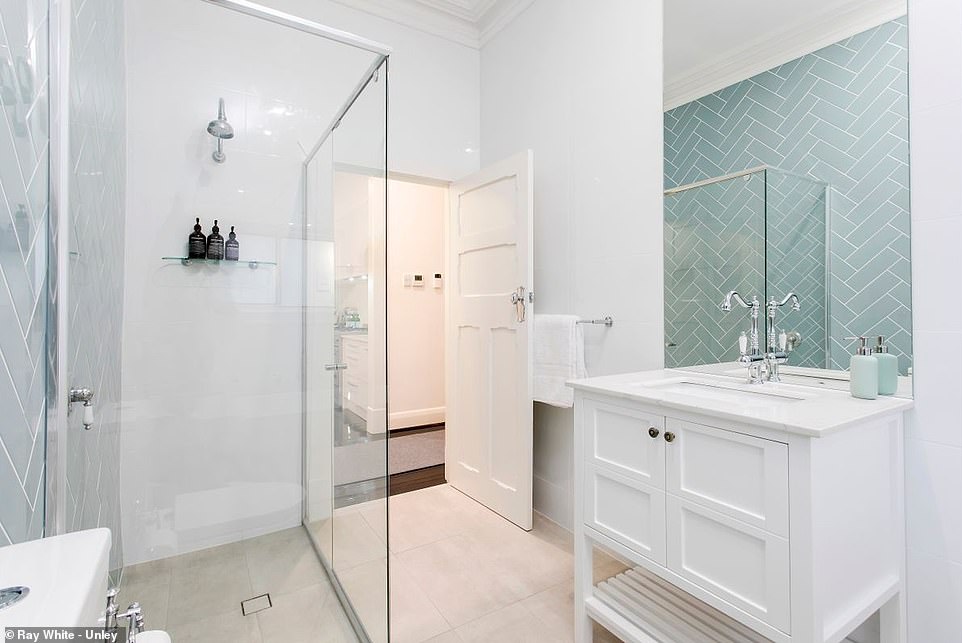 An ensuite, connected to the master bedroom, has added touches of luxury, courtesy of stone-top benches and a floor-to-ceiling blue herringbone patterned tiling 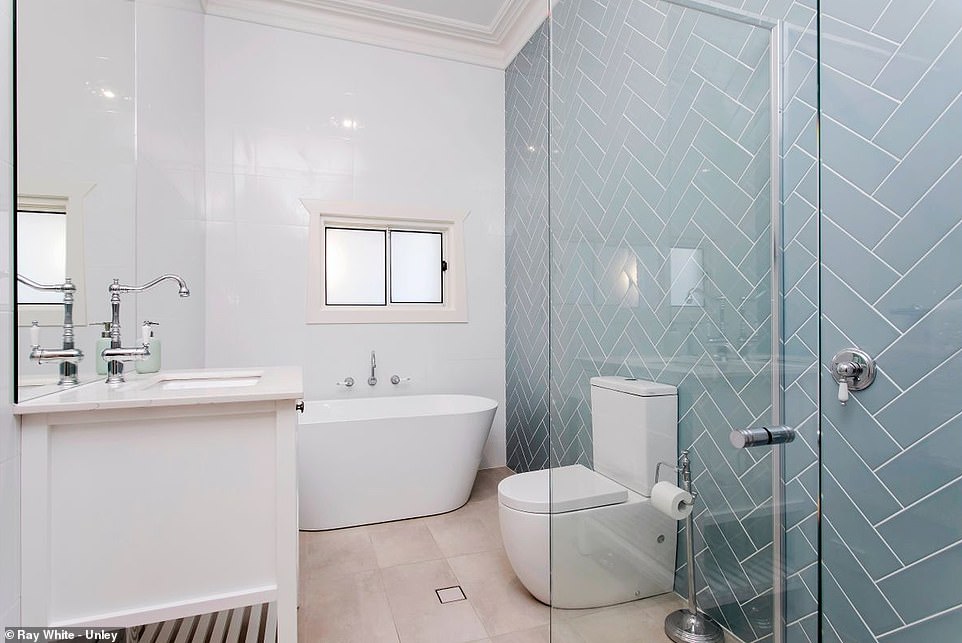 The main bathroom is finished to match the ensuite, however, this room features a separate bath and glass panel shower 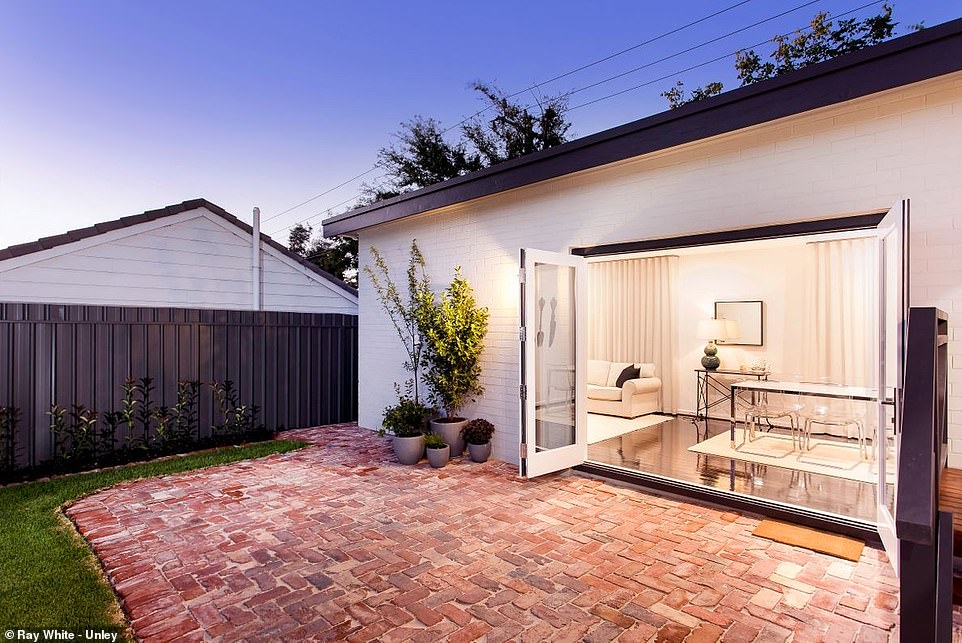 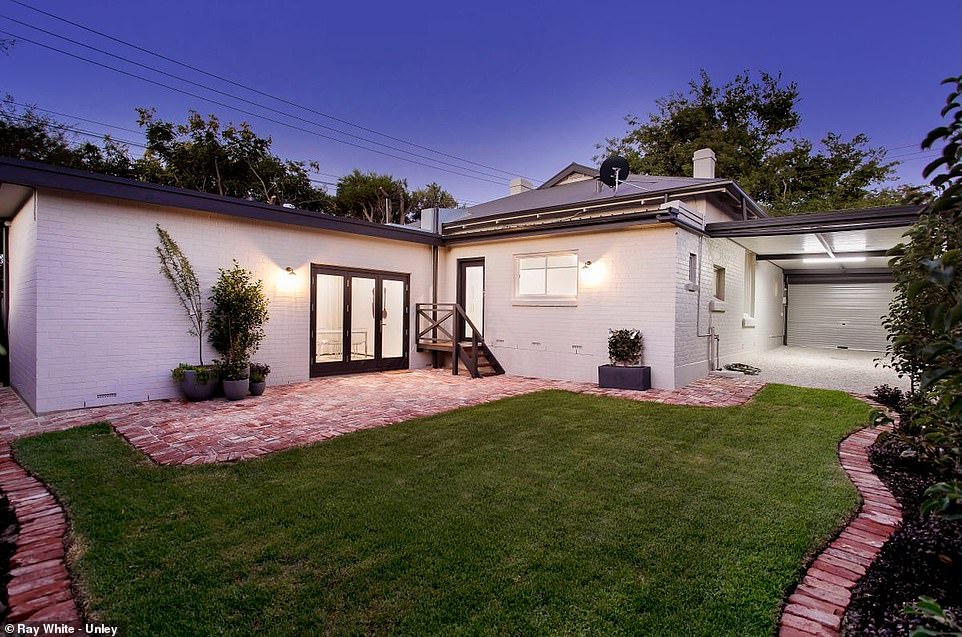