Creating a luxury home from a deconsecrated Russian Orthodox Church is the kind of project Grand Design dreams are made of.

Melbourne-based architect and mother-of-three Illana Kister is the visionary behind such a project, and it’s one that’s put her in the front running for a 2017 Houses Award.

The four-bedroom home she transformed in the heart of Collingwood, Melbourne, was listed for sale in August with a guide price of between AUD $5.8 million and AUD $6.38 million – and has since sold. 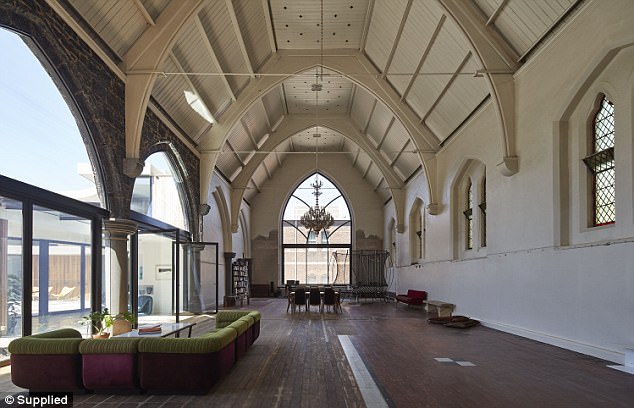 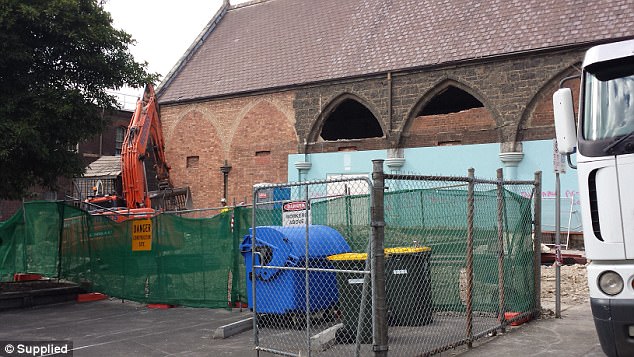 The architect revealed she is a seasoned hand when it comes to creating family homes; their courtyard church house was their sixth in seven years.

Although she always has an eye out for interesting properties, Ilana said finding the Collingwood church was for sale in 2012 was a stroke of good luck.

She explained the family were in the throes of selling their warehouse home when she’d gotten wind the unique property had just hit the market. 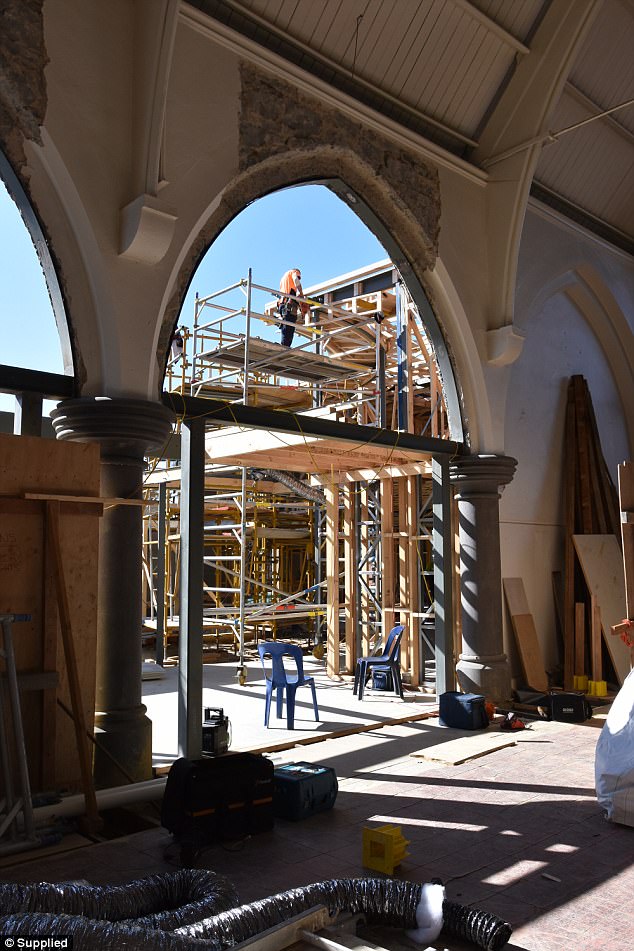 Researching its potential led to her to making an offer before the clever creative even really knew what she was going to do with it.

‘We knew we were going to build a house, but I didn’t want to live inside the church, she said.

‘I wanted to build a courtyard house so I thought this was a good opportunity to explore that and also connect it to a heritage aspect.’ 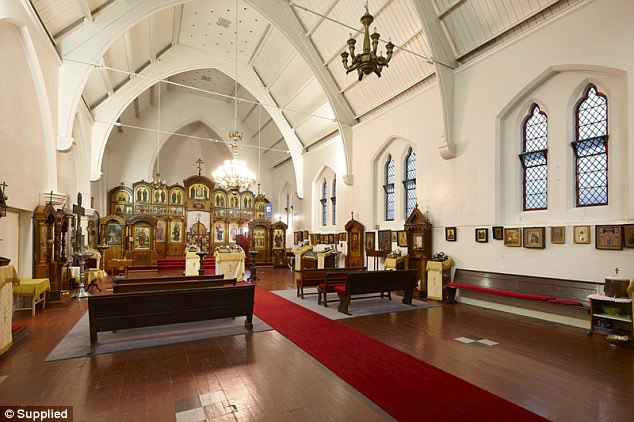 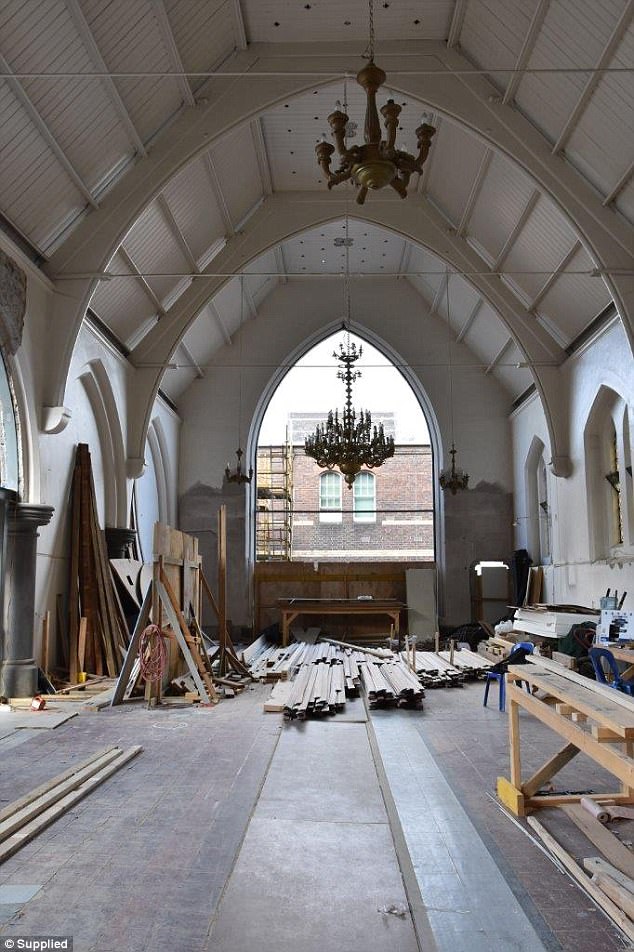 The visionary home which ‘lightly touches the church’ is a four-bedroom, two bathroom sensation that offers multiple open plan living areas across a number of levels.

Although a spacious sanctuary, the inner city haven sits cheek by jowl with a neighbouring carpark and a schoolyard belonging to a nearby English language centre.

Creating a home that maximising privacy while quietly folding itself into the environment pushed the architect to consider creating over multiple levels, with an unobtrusive entrance way that belies its grandeur. 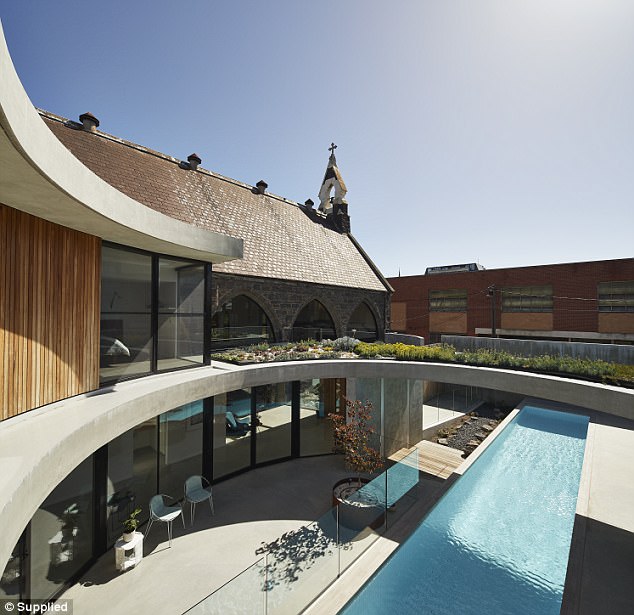 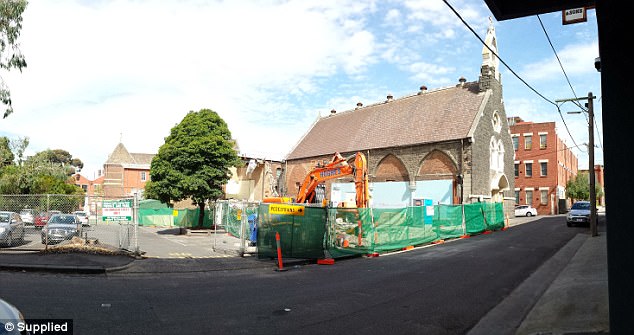 ‘You enter the house through a courtyard which sits behind a very large concrete wall,’ she said.

‘Within the concrete wall, there is a timber gate, you walk up a ramp that opens the house onto the level of the church.’

The build, which ran the course of three years, saw as much of the 1877 bluestone church restored and formed part of what would become an expansive home for the architect, her partner and their three young girls. 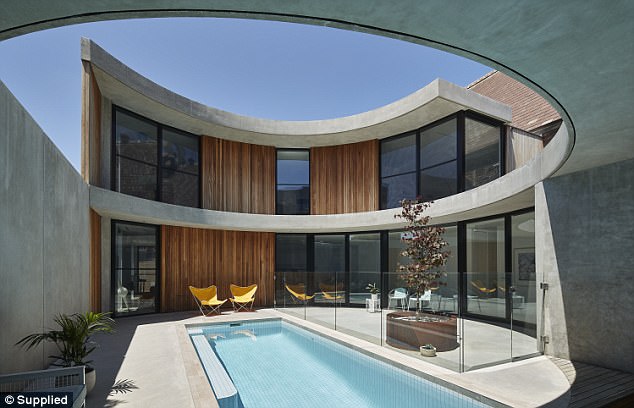 The newer part of the home, Ilana explained, was inspired by Sir Roy Ground’s 1950s Toorak House. It branches off the church, and is encircled by a courtyard flanked by greenery.

While Ilana said she makes a point of never disclosing the budget of any project, staying on target meant making concessions. Some materials changed, she said, but the scope remained the same. 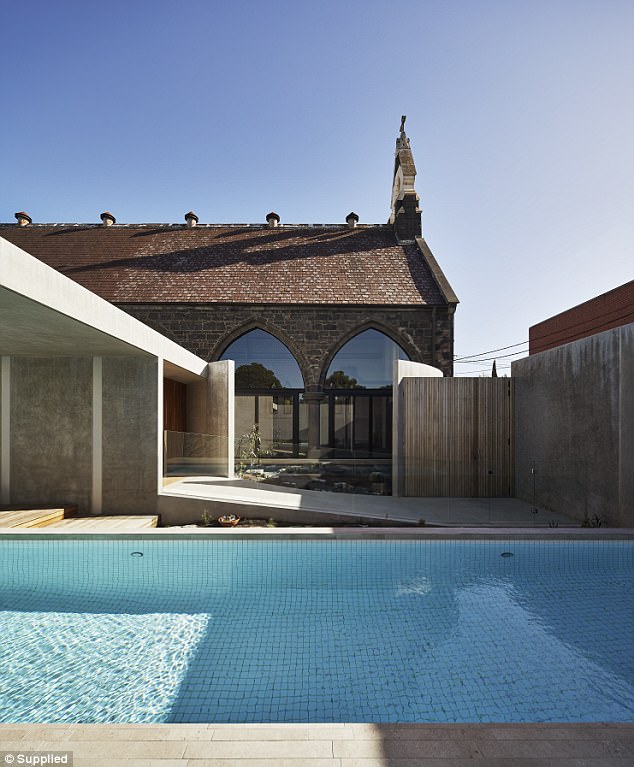 While the church was restored and reimagined, it wasn’t totally finished, she told Domain.

‘It’s got so much potential. But that’s for somebody else to do.’

Although Ilana and her young family have moved on from the Courtyard House, the inspired architect is always considering her next project.

And while she won’t reveal plans for future designs, she told Daily Mail Australia, she always has her eye out for opportunities. 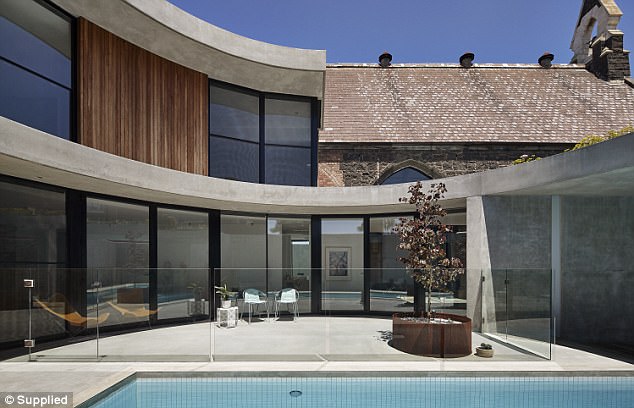 ‘Living in something you’ve built yourself is totally different. It’s very, very exciting and very special. I feel grateful that I have been able to do it,’ the architect said

‘It’s always really exciting to see your sketches come to life, and there’s always the surprise when you’ve finished construction and you’re living in your own home.

‘You get to see the play of light and shade at every different time of year, because normally you hand over the job and you see it once or twice, but you don’t experience the building.

‘So living in something you’ve built yourself is totally different. It’s very, very exciting and very special. I feel grateful that I have been able to do it.’