Medicines taken by up to two million Britons may increase the chance of dementia.

A study highlighted a 30 per cent higher risk from some drugs prescribed for depression, bladder problems and Parkinson’s.

The medicines – anticholinergics – have already been linked to falls, confusion and memory problems in the elderly. The latest research found they were more likely to cause dementia – if taken for at least a year.

New research by the University of East Anglia suggests that anticholinergics may have triggered some 20,000 cases out of 850,000 in the UK

It suggests anticholinergics may have triggered around 20,000 cases of dementia – out of a national total of 850,000.

The researchers said their results did not prove that some anticholinergics caused the illness.

But they warned that doctors should consider the long-term effects when prescribing them.

The chance of a random individual developing dementia is roughly 10 per cent. But taking anticholinergics was found to increase the risk to 13 per cent.

Published in the British Medical Journal, the study was the largest of its kind to look at the link between the drugs and dementia.

Anticholinergics work by blocking a chemical messenger in the brain called acetylcholine, which can affect moods, movement and the bladder.

One in five people on anti-depressants are prescribed anticholinergics – the most common being amitriptyline. Others include dosulepin and paroxetine. The extra dementia risk was also found for medications prescribed for bladder conditions – such as tolterodine, oxybutynin and solifenacin and Parkinson’s drugs, such as procyclidine. The study looked at the medical records of 300,000 patients over 65 – of whom 40,770 had a dementia diagnosis.

Dr George Savva, who led the research at the University of East Anglia’s school of health sciences, said: ‘We found that people who had been diagnosed with dementia were up to 30 per cent more likely to have been prescribed specific classes of anticholinergic medications. 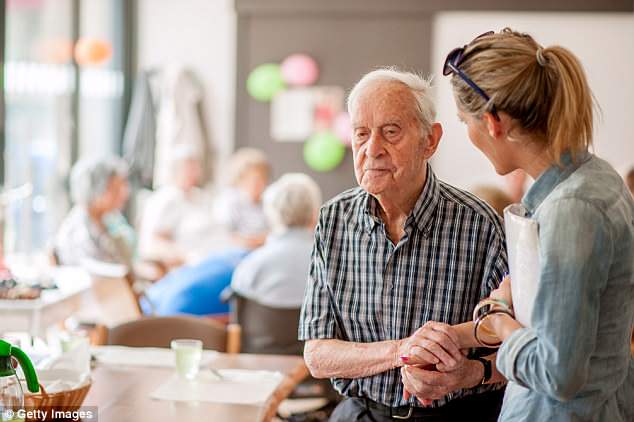 The research was published in the British Medical Journal and looked at the effects of drugs used to control moods, movement and even the bladder

‘And the association with dementia increases with greater exposure to these types of medication.’ Doug Brown of the Alzheimer’s Society, which sponsored the research, said: ‘Guidelines for doctors say that anticholinergic drugs should be avoided for frail older people because of their impact on memory and thinking, but doctors should consider these new findings for all over-65s as long-term use could raise the risk of dementia.’

Chris Fox, a UEA professor and consultant psychiatrist, said: ‘While the associations are moderate, given the high incidence of dementia, they reflect a potentially important risk to patients.

‘Doctors and patients should therefore be vigilant about using anticholinergic medications.

‘They need to consider the risk of long-term cognitive effects, as well as short-term effects, associated with specific drugs when weighing up risks and benefits.’

Separately, the study gave a clean bill of health to antihistamines. Previous research has suggested anticholinergics, which include hayfever medications, could also increase the risk of dementia.

But the study said there was no higher risk.

But no reason to panic, say doctors 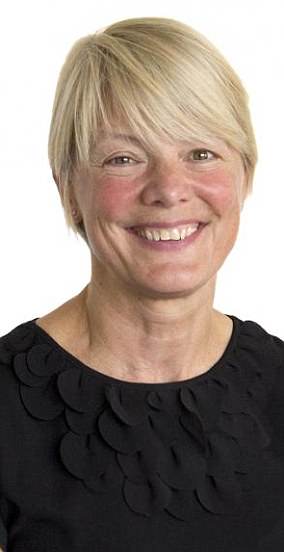 They said anyone concerned should talk to their GP first. ‘Anticholinergics can have many beneficial effects which doctors need to weigh against any potential side effects,’ said Dr Carol Routledge of Alzheimer’s Research UK.

‘Anybody concerned about their current medication should speak to a doctor before stopping a course of treatment.’

Clive Ballard, who is professor of age-related diseases at the University of Exeter, warned that some patients might be taking more than one anticholinergic drug.

The Medicines and Healthcare Products Regulatory Agency said in a statement: ‘Patient safety is our highest priority and we continuously monitor the safety of all medicines on the UK market. These findings will be carefully evaluated, as with any study, to determine whether they have any implications for the safe use of anticholinergic medicines.’