200 migrants arrive in Athens after crossing from Turkey

Dramatic photos show exhausted migrants arriving in Athens, after being transferred from the overcrowded camp on the Greek island of Samos.

The ship arrived at the port of Piraeus on Saturday, carrying some 180 men, women and children.

The migrants, who made the perilous crossing from Turkey within the last few months, will now be distributed to several hosting centres across Greece’s southern Attica region.

Exhausted: Refugees holding their children as they arrive with the ‘Blue Star 2’ passenger ship from the island of Samos, at the port of Piraeus, near Athens, Greece 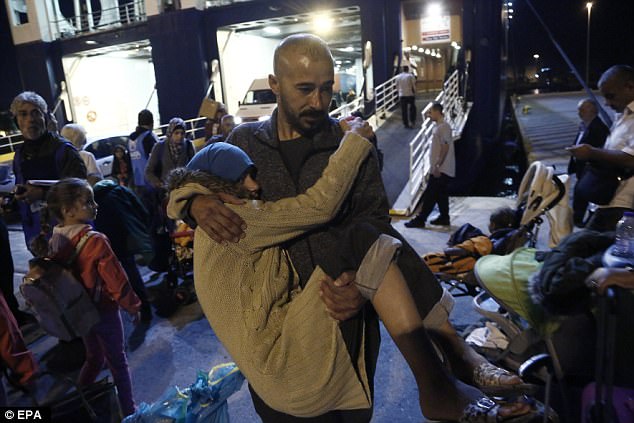 Photos show families – including small children and babies – disembarking from the Blue Star 2′ passenger ship at Piraeus Port before being transferred onto buses.

Located near the coast of Turkey, the island of Samos has become a popular destination for refugees escaping war-town Syria.

According to the United Nations refugee agency (UNHCR), 5,000 migrants arrived on Greek islands in September, an increase of 35 percent from the same period a year earlier, according to AFP calculations. 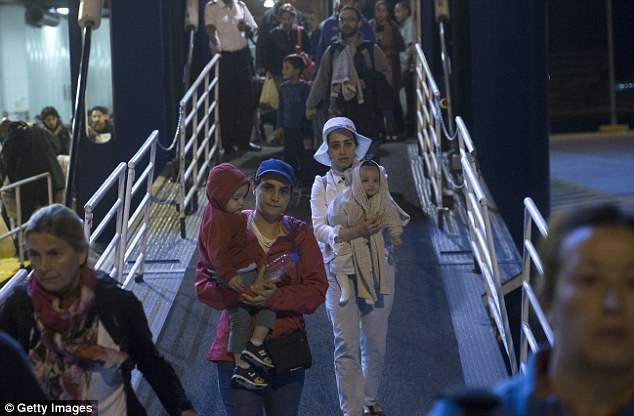 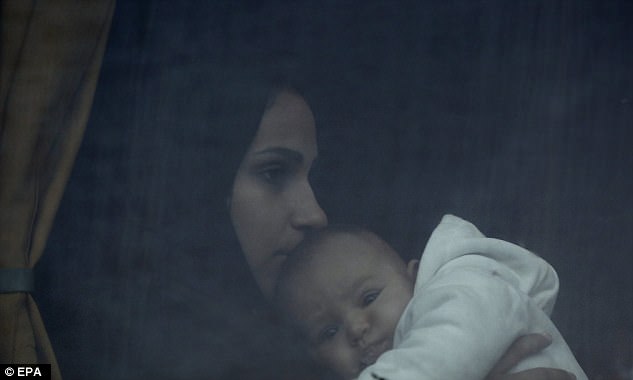 That is putting extra pressure on already overcrowded sites at a time when aid agencies are reducing their engagement on the ground.

The September figure compares to a total of 13,320 arrivals from January to 20 August, according to the International Organization for Migration.

The resurgence of migrants making the journey to Europe comes despite the EU deal with Turkey in March 2016, which drastically reduced the number of arrivals, and amid political tensions between Ankara and Brussels.

The news comes a day after a Syrian refugee was arrested in northern Greece on terrorism-related charges following a review of his asylum application.

Authorities said the 32-year-old man was detained Thursday in the northeast city of Alexandroupolis as a suspected fighter of the Islamic State group while in Syria.

The man, who hasn’t been named, traveled to a Greek island from Turkey last year and lives in the northern city of Thessaloniki with his wife and two children.

He denied the charges and shouted ‘they are liars’ to reporters, before appearing at a public prosecutor’s office Friday. He was given until Monday to prepare his defense, but remained in custody. 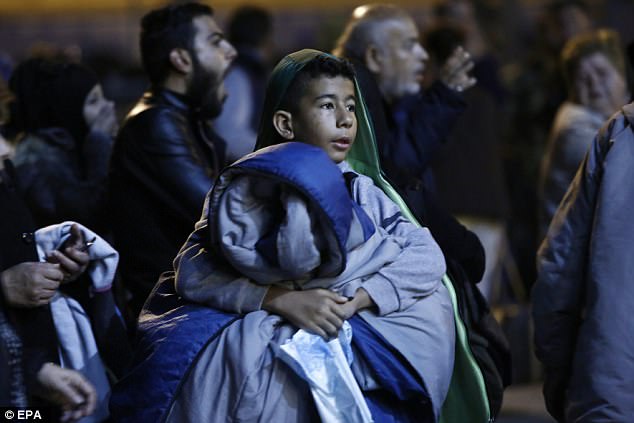 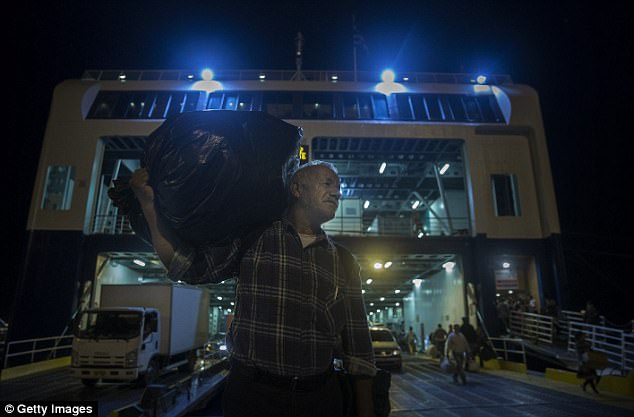 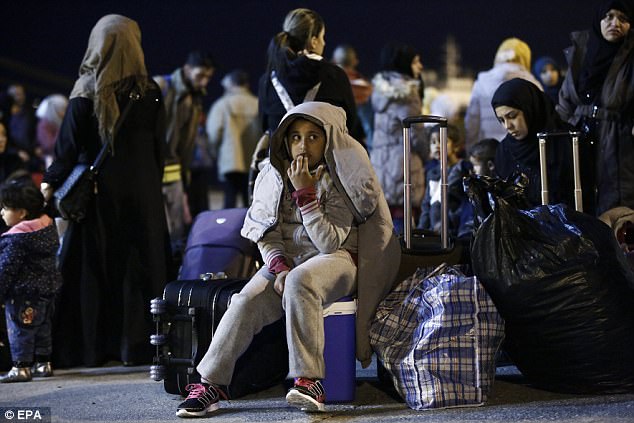 At his home, the suspect’s wife spoke to The Associated Press but asked not to be named because her husband hadn’t been formally identified. She didn’t comment on the charges, but said: ‘Daesh is in Syria. Now we are in Greece,’ using the Arabic term for IS.

Police investigators told the AP that they are examining the suspect’s mobile phone and other seized devices to determine whether he was in contact with IS fighters after moving to Greece.

They said he had traveled to Greece from neighboring Turkey in June last year, reaching the Greek island of Leros, before moving to the mainland.

European governments fear that Islamic State extremists could hide among the streams of refugees fleeing violence in Syria and Iraq. Many of the fighters in the deadly November 2015 attacks in Paris slipped into Europe on that route with false passports.

There have been a handful of arrests of asylum-seekers linked to IS, including in Germany and Austria, but officials believe the numbers are small. Concern over the threat, however, has contributed to a rightward swing among many European electorates. 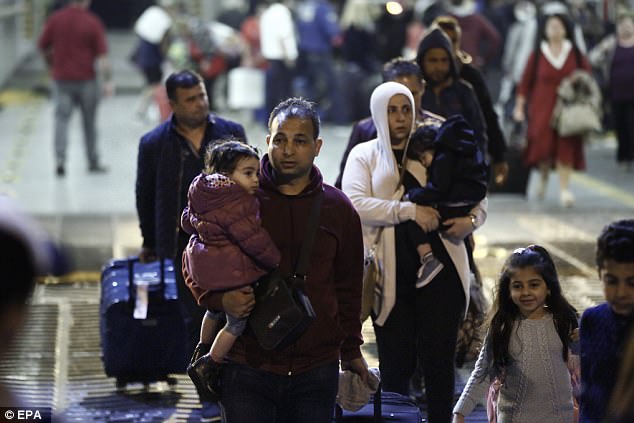 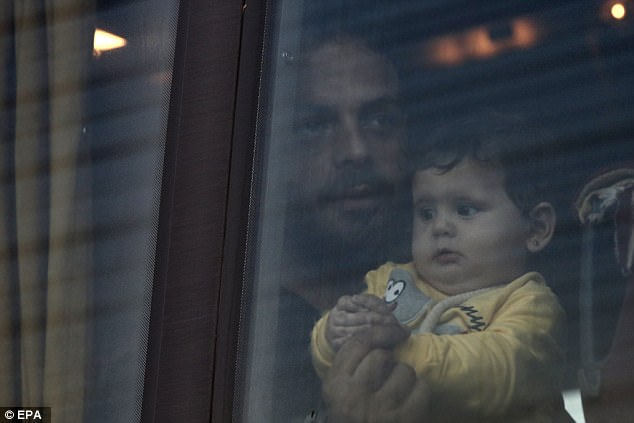 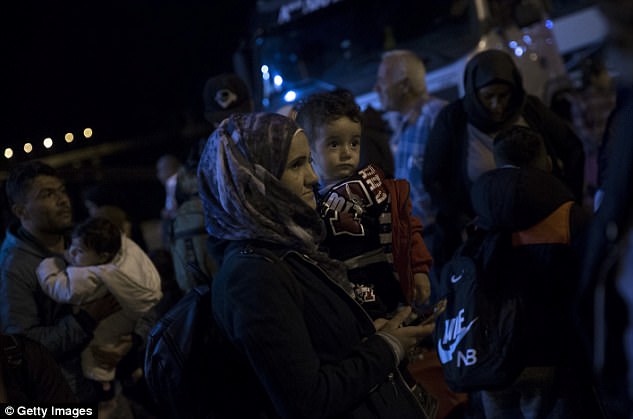 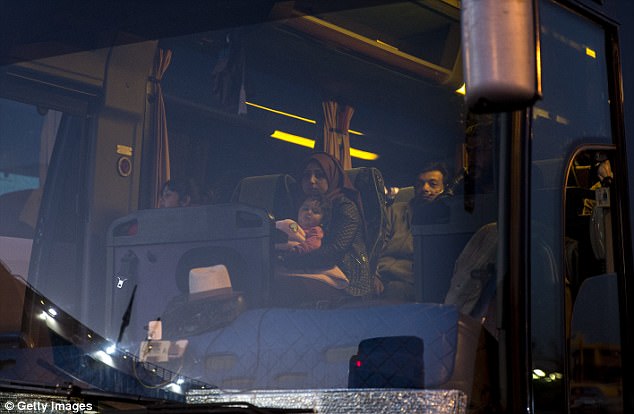