An alarming number of travellers from Melbourne are flying into Sydney despite the hard closure of the Victoria-NSW border.

And domestic travellers aren’t required to undergo the mandatory two-week hotel quarantine imposed on those coming from overseas. 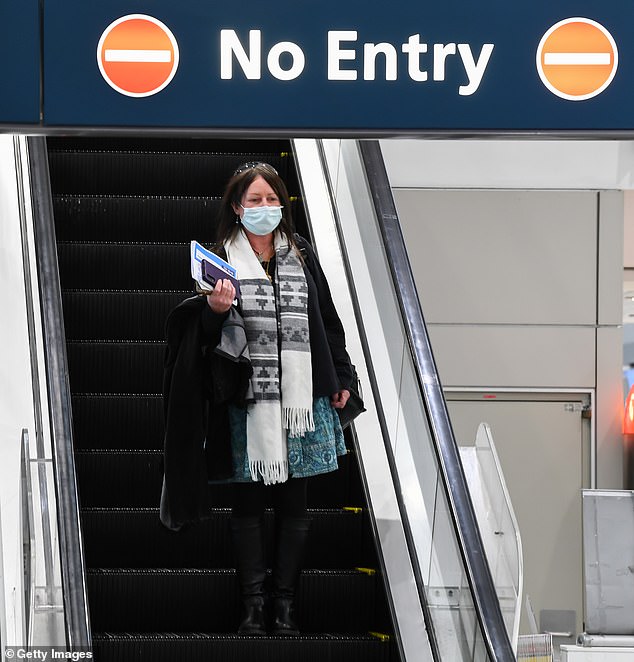 An estimated 100-200 passengers are touching down at Sydney Airport each day from Melbourne despite strict border control measures in Victoria (Pictured: a woman arrives off a Jetstar flight from Melbourne on Tuesday)

But New South Wales Health told Daily Mail Australia it has strict measures in place at airports to ensure Sydney wasn’t hit with a Victoria-style outbreak.

‘Any traveller who arrives from Victoria into Sydney domestic airport is screened for symptoms and has a temperature check upon arrival,’ the spokesperson said.

‘Self-isolation guidelines are provided to everyone when they arrive from Victoria.’ 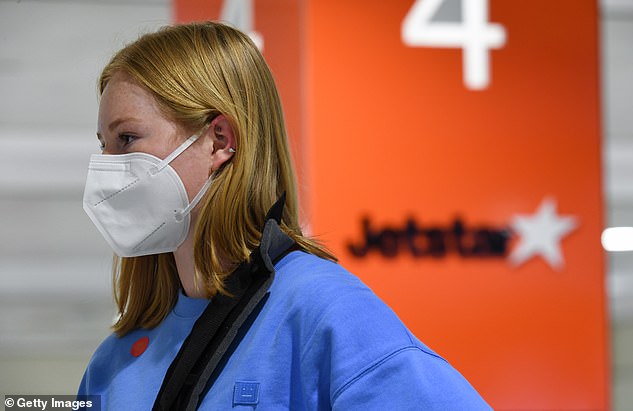 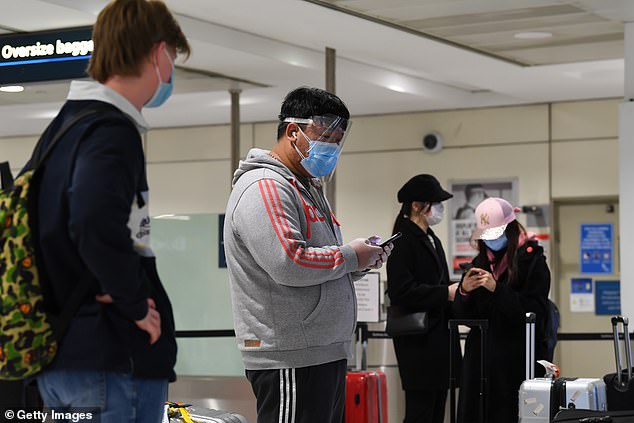 ‘If there is four people, they can’t fit in an Uber and we explain that to them, they would need two separate Ubers or taxis and we remind them about hand hygiene, we check that they have a mask for that travel in the taxi or the Uber and we also check that they know how to fit the mask

‘If we can see that they have got their mask under their nose or anything like that, we remind them and we also give them the information sheet on how to check that a mask is fitting correctly.’ 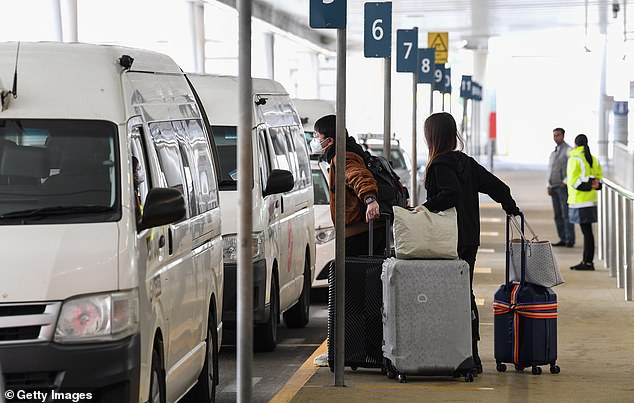 Passengers granted exemptions to enter Sydney via air from COVID-19 hot spot Melbourne have been told to sit in the back of Ubers or other ride share services to retain a 1.5 metre distance between them and the driver 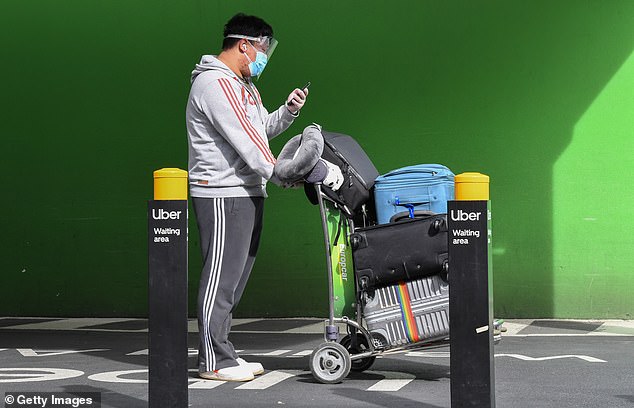 A passenger waits for an Uber outside Sydney airport 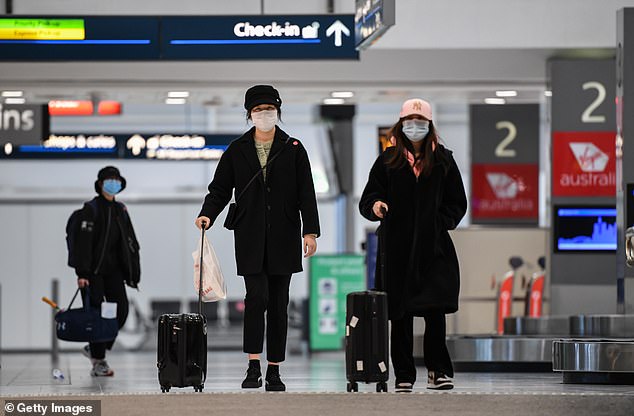 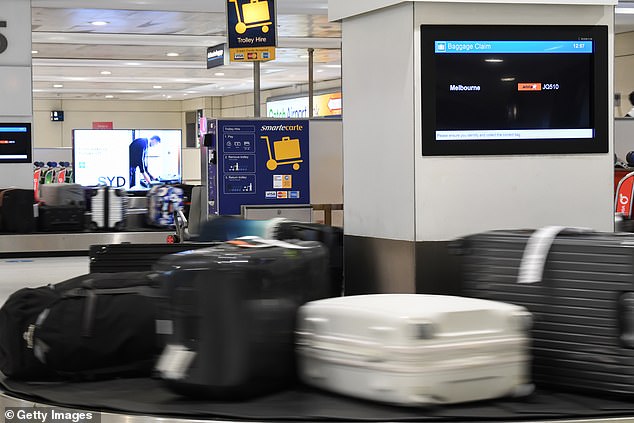 Passengers arriving domestically are required to spend 14 days in self-isolation at their own home, rather than locked inside a hotel.

New South Wales Opposition Leader Jodi Mackay is urging authorities to bring in stronger restrictions for those arriving by air.

‘We have a situation in New South Wales where the land borders have been closed, but the same restrictions have not been applied to our air borders,’ she said. 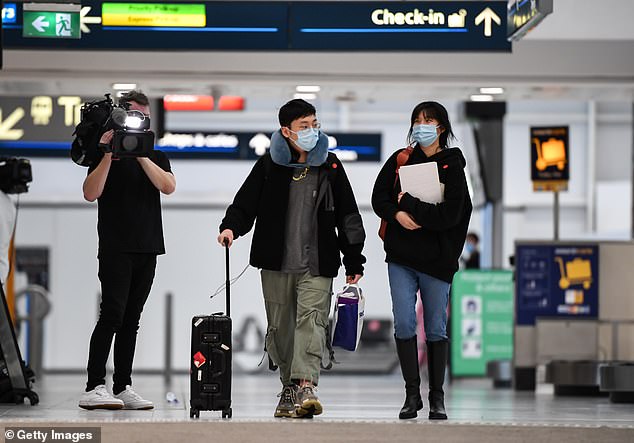 Passengers arriving domestically will need to undergo 14 day self-isolation in their own home, rather than locked inside a hotel

‘We are seeing flights come in on a daily basis. There are hundreds of people coming into Victoria from New South Wales who we trust are isolating in their homes for two weeks.’

Exemptions can be granted for those living in border zones, those travelling through the state to Queensland, members of parliament, consular officials, boarding school students and staff, or those providing critical services including defence and medicine.

Permits can also be granted on compassionate grounds.

New South Wales Health Minister Brad Hazzard said on Tuesday he was pleased with the compliance of passengers.

‘What we’re finding with most of our visitors into our state, returning travellers, if they’re asked to self-isolate, they do,’ Mr Hazzard said. 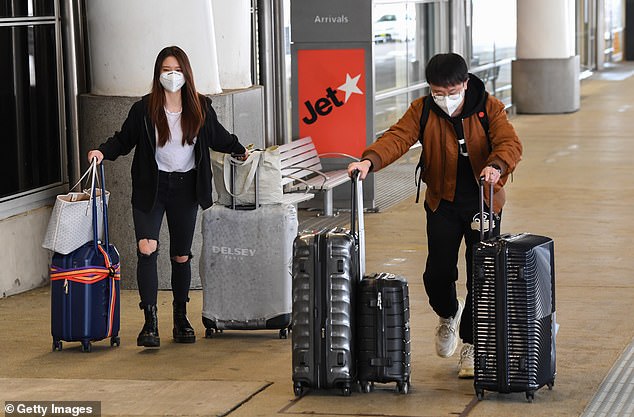 New arrivals walk outside the airport to chase down transport before heading to self-isolation in Sydney, rather than the mandatory hotel quarantine required for international travellers

‘The short message to Victorians is you shouldn’t be coming to New South Wales, unless you have a particular permit entitlement.

The New South Wales Government has conducted over 23,000 compliance checks on isolation including over 300 in the last 24 hours.