Millions of people who rent our their homes on holiday rental sites like Airbnb or sell items or services on websites such as eBay and Etsy could see lower tax bills from 2017.

Two tax breaks, one for property and one for trading, of £1,000 each were confirmed in the Budget by Chancellor George Osborne.

These ‘digital tax breaks’ aim to recognise the rise in the sharing economy and so called ‘micro-entrepreneurs’. They spell good news for Britain’s bedroom money-makers who will no longer have to navigate the tax system for relatively small profits.

If you’re renting out your home on Airbnb or sell things on eBay you won’t have to pay tax on the first £1,000

Those who are eligible for both will save around £400 per year and around 700,000 people will benefit, most of which are lower-rate tax payers.

It is now easier than ever before for people to make money online but the current tax laws can be ‘daunting and complex’ the Chancellor said.

From April 2017 the Government aims to simplify these laws and those making extra income through either renting homes or property, or selling goods or services online will be able to benefit from the new £1,000 allowance.

This includes those who make money from occasional jobs such as babysitting, providing a lift share or sharing power tools and those making money from renting out their driveways or loft storage. 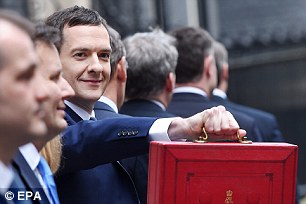 The Chancellor said new tax breaks will benefit around 700,000 people in the UK

Those who don’t make more than £1,000 per year for either won’t need to do anything.

While those earning over this amount can deduct the allowance from their earnings through a self assessment tax return.

They must then pay tax on the rest of their profits.

The UK sharing economy is currently worth £500 million and is expected to rise to £9 billion by 2025.

Exact details of which companies will be included and how the tax allowance will work have not yet been published.

But a spokesperson from the Treasury confirmed that those people renting out their spare rooms via a website such as Airbnb, will not be able to claim for both the new £1,000 property tax relief and the already existing rent-a-room relief.

The only way to benefit from both would be if a room was rented out which met the requirements of the rent-a-room tax rate and then the homeowner claimed through the property tax relief for renting out another part of their home – such as a driveway.

I MAKE £2,000 A YEAR FROM RENTING OUT MY DRIVE TO COMMUTERS 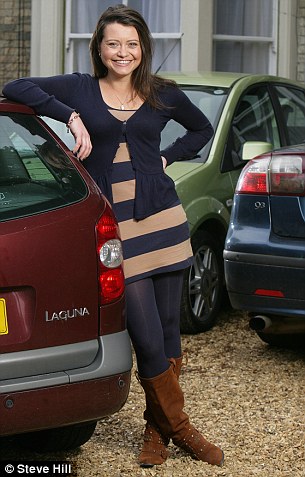 Letitia Valentine, 33, makes about £2,000 a year by letting out her drive for commuters to park their cars.

She charges about £5 a day for drivers to rent one of her two spaces through the company Just Park.

Living next to Peterborough railway station, she says the spaces are occupied about 80 per cent of the time.

She added: ‘Any help makes a really big difference.

Up to £1,000 is on offer for those renting out their property and this can include a spare room, driveway or even loft space.

This means those such as Miss Valentine won’t pay any tax on the first £1,000 they make.

An extra tax break, also of £1,000, is up for grabs for those who sell items online – through sites such as eBay and Etsy.

Those who benefit from both tax breaks are expected to make yearly saving of £400.

The Government estimates that 700,000 people are likely to be included – the majority of which are currently paying the basic rate of tax.

The rival bigger tax break for renting out rooms

Homeowners who rent out a room to a lodger or via websites such as Airbnb who receive as much as £7,500 in rent will be exempt from tax from April. Although to benefit you must let furnished residential accommodation in your only or main home.

Airbnb has welcomed the announcement and in a blog it said: ‘This is good news for the growing number of Airbnb hosts in the UK who are sharing their homes, earning a little extra money to pay the bills and bringing new economic benefits to their communities.

‘The UK has set itself as a global leader for the sharing economy and is introducing progressive new rules that empower regular people and promote innovation through technology.

‘We applaud the Government for supporting hosts and progressive business models across the country; their leadership on this important issue is an example to the world.’ 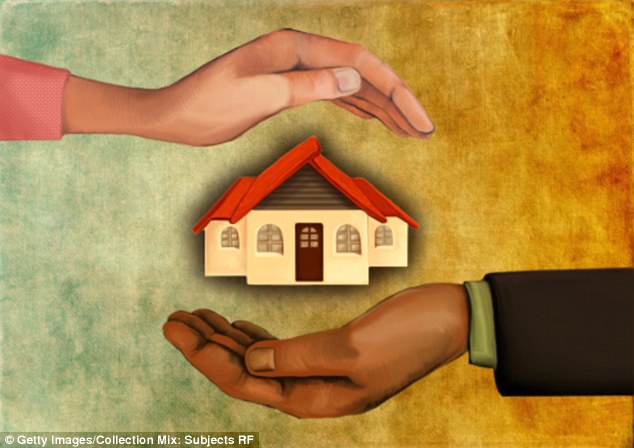 A spokesperson for eBay said: ‘We welcome this personal tax allowance which shows that Britain is leading the way in recognising the rise of the micro entrepreneurs.

‘More and more people are using eBay’s marketplace to supplement their income and the Chancellor is right to reward and encourage them to take part in the digital economy still further.’

For those selling goods online through websites such as eBay – the current rules state that if you are selling regularly you may have to pay tax.

If you are selling regularly with a view to making a profit you should tell HM Revenue & Customs as you will be seen as a trader.This means you should be filing a tax return on the items and paying tax on any profit you make.