2019 Rugby World Cup: England can enjoy other nations taking the spotlight in Japan this weekend

With other nations taking centre stage this weekend, England must enjoy the sound of silence as they operate beautifully under the radar

It’s the biggest opening weekend I can ever recall at a World Cup with a fantastic array of huge contests against old enemies but I’m glad to say the England game isn’t one of them! The spotlight will be off Eddie and his team and I couldn’t be more delighted.

England have been operating beautifully under the radar, it’s been the perfect build up. All the attention has been on the hosts Japan, on the breaking news story on Rob Howley in the Wales camp and Saturday morning’s massive clash between South Africa and New Zealand with Steve Hansen and Rassie Erasmus exchanging a few pungent views in the build up. What an extraordinary game to have so early in the tournament.

Ireland, meanwhile, have been on the back foot answering questions about their ‘project players’ and whether they should be playing at the expense of home-grown others. Now they face a massive Six Nations arm wrestle with Scotland.

France and Argentina — always bitter rivals — have been building for their game and frankly almost nobody has been talking about England. Excellent.

Other than a few injury updates and some nice social media snippets with the squad enjoying the warm welcome of their Japanese hosts, it’s been beautifully quiet.

It is quite rightly assumed that they will beat Tonga and then USA on Thursday with the minimum of fuss. As far as the wider rugby public is concerned, there is nothing much to get excited about with the men in white.

So England and Eddie must relish their time out of the limelight because once Argentina heave into view on October 5 they will be in the eye of the storm for a full month if they are to win the Webb Ellis trophy. 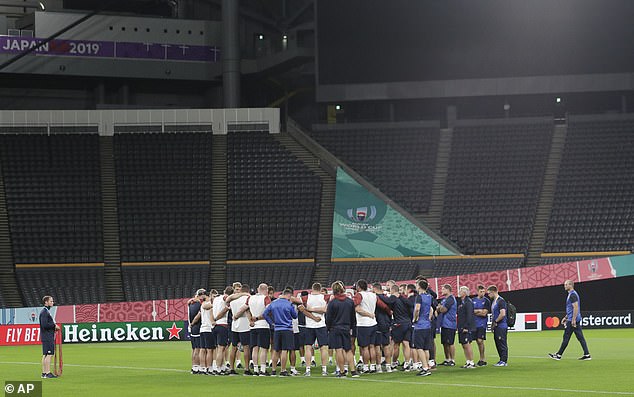 So, how would I approach Sunday’s game against Tonga given the close proximity of the USA match on Thursday?

First, let’s not be all coy. There is no way England — any England team — should lose to either side so Eddie must use this opportunity to make sure every able-bodied member of the squad gets at least 40 minutes game time.

He has started with his Gun XV for the Tonga game with the possible exception of Courtney Lawes for George Kruis and even that is 50-50. Pour on the power and pace and get the match won as early as possible against a side that can play with physicality and emotion in bursts but who will struggle to put a complete 80-minute performance together at this level.

And being the Gun XV, many of them can then be rested or be put on light bench duties for the USA game, leaving them fresh for the Pumas. 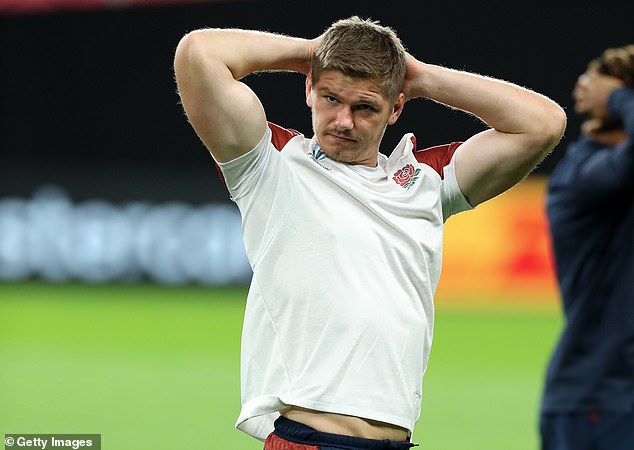 The most striking feature is Eddie turning to the George Ford/Owen Farrell combo at 10 and 12 which he has signposted clearly in the warm-up games and which I am encouraged by.

England are opting for a fast, precise, try-scoring blitz on the Tongans and will be looking to bring all their class and pace into play behind the scrum.

Although the line-up will change quite markedly for the USA game that must be the only thing that changes. England’s approach must be full on in both and the margins of victory as emphatic as possible.

This is an ideal opportunity to ride that wave of momentum a good series of warm-up games created, refine the template and make a big statement. Start as you mean to finish.

Over the years I have often read about the need to keep things up your sleeve in tournament rugby — lineout drills, back-row ploys, backs moves — for the crunch games and perhaps also save the maximum intensity for those matches. I don’t agree. 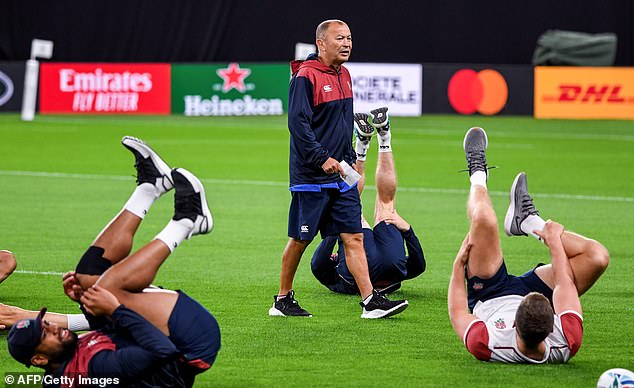 I want England at 100 per cent for 80 minutes, perfecting the art of playing high-tempo rugby and trying out their various ploys.

Nothing in training comes close to executing these moves in a match situation against pumped-up opposition.

And actually you don’t give everything away by doing that because for every set move you see in a match there will always be a couple of variations of that move that won’t be required on that particular occasion.

England have been blessed with this low-key opening to their World Cup — they must make it work for them.