21 Savage may be embroiled in a deportation battle with ICE, but the British-born rapper can be safe in the knowledge that the millions he’s made during his illegal tenure purportedly can’t be touched.

According to an investigation by TMZ, authorities are only able to seize income from defendants who’ve gained revenue through illegal means.

If the money is rightfully earned – regardless of immigration status – it cannot apparently be taken.

The 26-year-old’s net worth has been reported to weigh in at the $8 million mark, having found commercial success with his 2018 album ‘I am > I was’. 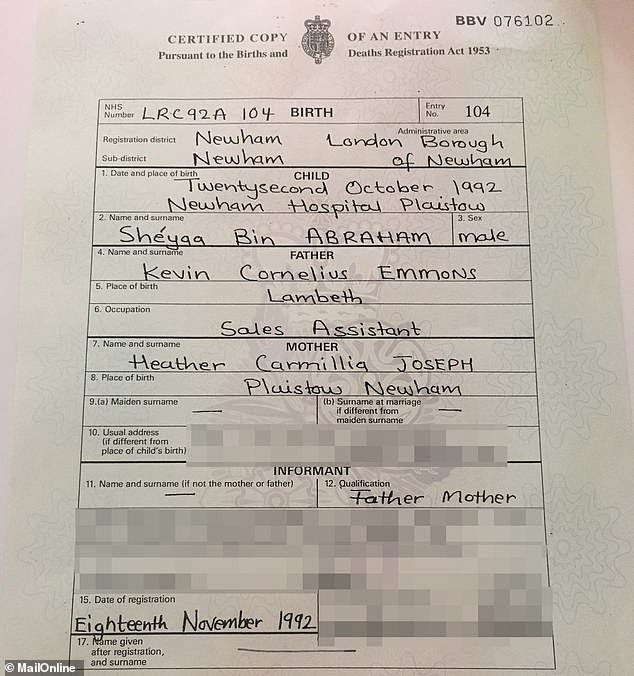 The rapper’s birth certificate shows he was born in London on October 22, 1992 at Newham Hospital, to British parents

He was arrested by Immigration and Customs Enforcement (ICE) officers on February 2, after they believed he’d been residing in the US under illegal circumstances.

21 – real name Sha Yaa Bin Abraham-Joseph – was born to British parents in London, according to his birth certificate.

He lived in the UK for 12 years before moving to Atlanta, Georgia.

According to his manager Stone Mound Meezy, the rapper remains in custody on lock-down for ’23 hours of the day, with no TV or any communication besides our 10 minute phone calls’.

‘Everything I’ve told him that has been happening made him happy and makes this time fly by thank y’all for the support,’ the manager added in a tweet, alluding to high-profile efforts and petitions to secure Abraham-Joseph’s release.

Police claim the musician has been is in the country ‘unlawfully’ since 2006 – but in those 13 years he has made $8 million from his hit rap songs, toured the world and was even prosecuted for a drugs offence in 2014 before his immigration status came to light. 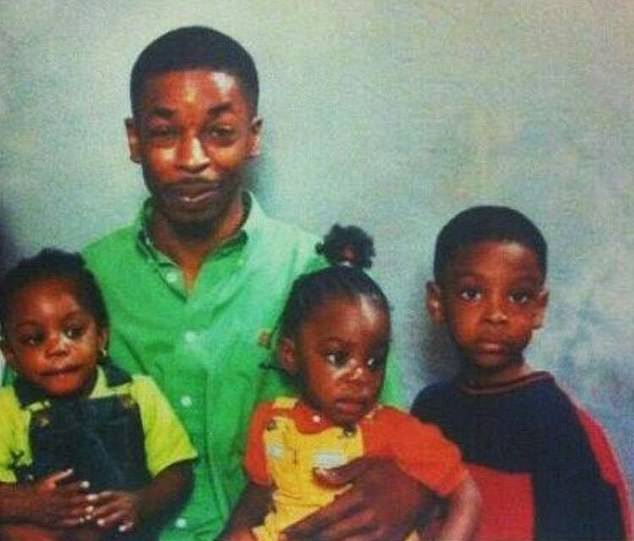 On Tuesday Savage called himself a ‘Dreamer’ before describing how he had ‘three US Citizen children’ and had been working on a U Visa before he was detained by ICE, in a statement released by his legal team. (Pictured: Savage with his father and two sisters as a child) 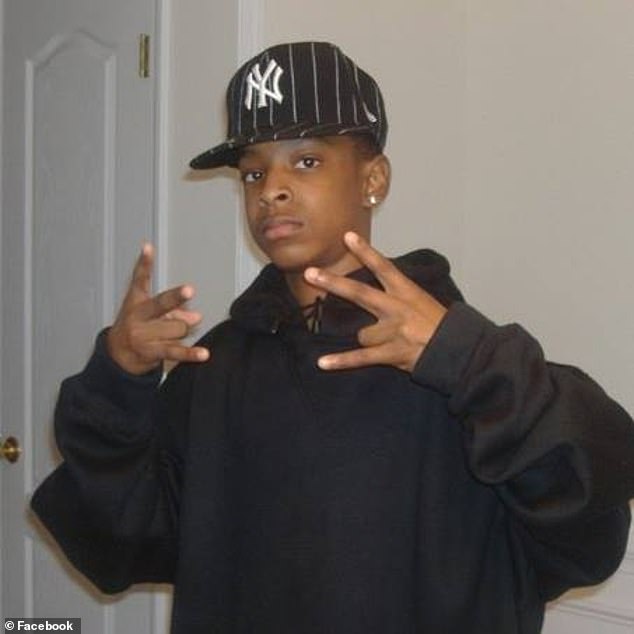 21 Savage is pictured as a young boy. His birth certificate reveals he was born in London, as were both of his parents and his family have said that his British background was not a secret

An ICE spokesman said: ‘His whole public persona is false. He actually came to the US from the UK as a teen and overstayed his visa’.

His fans are in shock because they believed that he was born and raised in Atlanta – because he has a thick Georgian accent and has never denied claims he was born and bred in the city, where he has three young children.

A MailOnline report revealed he was born Sheyaa bin Abraham on October 22, 1992 at Newham Hospital, in east London, and his parents Heather Joseph and Kevin Emmons are also British. 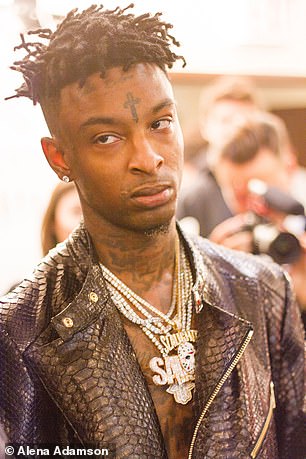 Savage is being held in federal custody pending removal proceedings

And ICE officials have accused him of living a ‘false’ life in the US and say aged 12 he came legally to America in July 2005 – but his visa expired a year later and has lived there illegally ever since.

They have also said he’s guilty of felony drug charges dating back to October 2014.

UK authorities have said they are in contact with a lawyer for Atlanta-based rapper 21 Savage, who is in federal immigration custody in the US as he is allegedly there illegally.

21 Savage has ‘told everyone back home not to talk,’ after he was detained by immigration officers in the US.

Speaking in London his cousin said today the rapper managed to get word back to Britain to friends and family to keep quiet.

His relative, named by friends as ‘Tahir’, arrived with three other men at a maisonette in Brixton, south London, believed to be home to the rap star’s paternal family.

The cousin said: ‘I am not saying anything. He told everybody at home not to talk.

‘He has already sent the message round to everybody.’

‘Tahir’ was seen telling friends not to ‘give away anything.’

The rapper has got word back to relatives in the UK not to speak with officials if questioned over his life in Britain, MailOnline was told by family members

One group member, who referred to himself as Cameron, said: ‘He has been told not to say anything and it’s not his business to tell.

‘He is his cousin but it’s not his place to say anything.’

They made reference to his dad ‘Kevin’.

A spokesman for the British Foreign Office confirmed he is British and said: ‘Our staff are in contact with the lawyer of a British man following his detention in the US.’

Critics, including his family in Britain, have claimed his past was not a secret.

Abraham-Joseph’s star rose quickly in the Atlanta underground after a pair of 2015 mix-tapes. Collaborations with Atlanta artists including Metro Boomin and Offset of rap group Migos raised his profile.

He’s collaborated with Drake, Cardi B, and Post Malone, whose song with 21 Savage, ‘Rockstar,’ is nominated for two Grammy’s at Sunday’s awards ceremony in Los Angeles.