Woman who married a man 40 years older than her is stunned by the reaction from trolls: ‘This is so uncomfortable’

A nursing student has been slammed for marrying a male radio DJ 40 years older than her, with trolls saying the relationship makes them ‘uncomfortable’ and calling the 23-year-old a ‘gold digger’.

The Brazilian woman, Maria Eduardo Dias, began her relationship with the father of her child when she was just 16 years old and he was 57.

The couple, from Campina Grane, now have a child together, after 63-year-old radio DJ Nixon Motta had his vasectomy removed to become father to Maria Alice in 2021.

A young nursing student has been slammed for marrying a male radio DJ 40 years older than her, with trolls calling the 23-year-old a ‘gold digger’ (the couple pictured)

Ms Dias said she ‘cannot understand’ the ‘disrespect’ her ‘beautiful and blessed’ family received after she uploaded a TikTok announcing her marriage to the DJ.

‘I even imagined it would go viral, but in a positive way. With people thinking: “look what a beautiful love story…”, but that’s not what happened’, she told Paraiba, a local news outlet.

Nobody has the right to disrespect us

Ms Dias and her husband hit back at the trolls: ‘It’s easy to judge when you don’t know the story,’ the mum of one said in a video defending her family.

‘We are very happy and accomplished, and built a beautiful and blessed family. Nobody has the right to disrespect us.’

Mr Motta added: ‘Long live our love! Love you my princess. None of this will bother us. We faced much worse things together, and you were always with me helping me overcome and giving me strength to win!’

He also told Paraiba: ‘I’m not rich. A lot of people are saying I probably am and [Ms Dias] wants financial stability. There was never any interest on her part’. 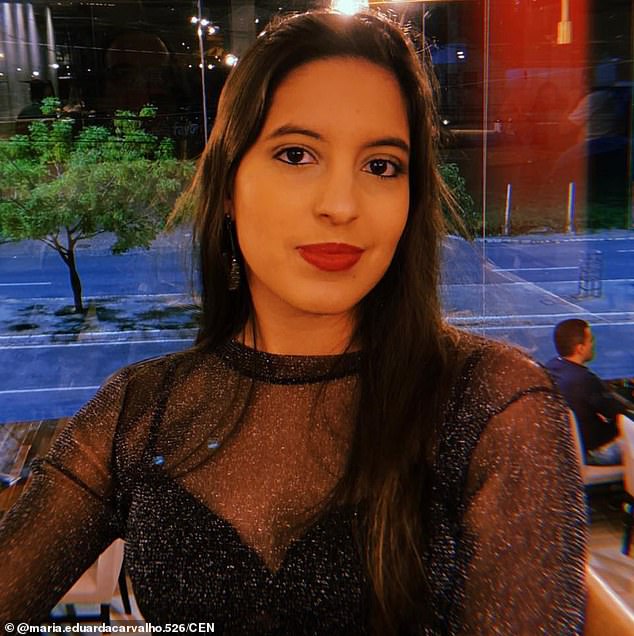 Ms Dias previously uploaded a now-deleted TikTok post about her wedding that was viewed over 10million times, and racked up thousands of scathing comments.

‘This is so uncomfortable in so many ways,’ one woman commented on the original post.

‘We don’t have a term to normalize that,’ another wrote.

A third added: ‘Sixteen years? These are the impacts of the pedophile normalization in society. No, It’s not normal for an almost old man to be with a 16-year-old girl.’ 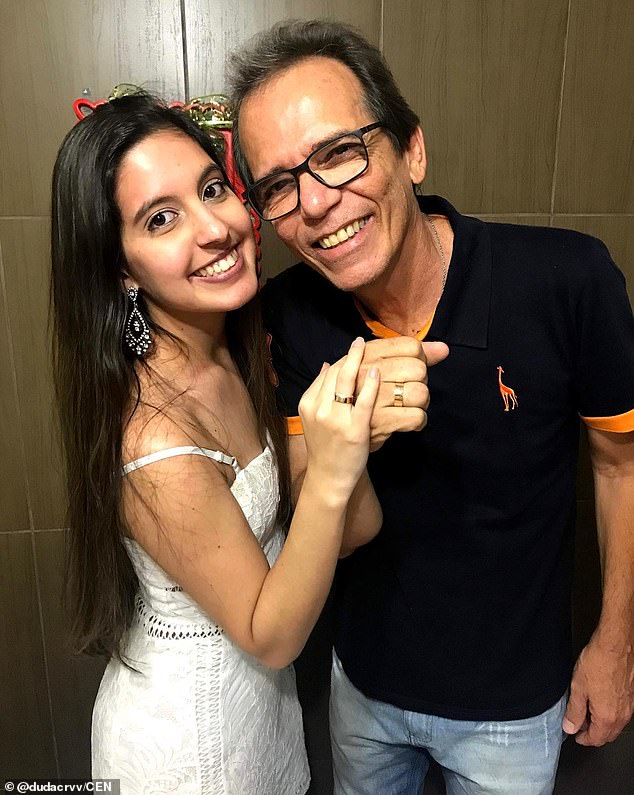 The happy couple first met in 2015 when Mr Motta was working as a photographer (pictured together), before their relationship developed

The happy couple first met in 2015 when Mr Motta was working as a photographer.

Ms Dias messaged him on Facebook to use pictures he had taken of singers for the fan clubs that she ran.

The pair then started to become friends and went to cinemas and restaurants together, until Ms Dias realised she was ‘in love’ with Mr Motta and dreamed of kissing him.

Since meeting in 2015, the pair have faced ‘prejudice’ from their family and friends who all disapproved of the relationship.

However some of this tension eased after Ms Dias supported her husband through a shock bowel cancer diagnosis in 2018.

The young woman said her husband has been a massive support in her life, explaining that meeting him improved her mood and helped her come off medication for depression, something her family is grateful to him for.

The mum said her husband is a ‘super dad’ and was was there throughout the pregnancy and since the birth, he even cut their daughter’s umbilical cord.

Was the relationship legal?

* Brazilian law does not prohibit relationships between people of different ages