25 rescuers pull a father back onto a New Jersey beach

This dramatic footage shows the moment rescuers formed a human chain to save a father-of-four from a rip current.

Pete Peterson, a vice president at Bellevue Communications Group, had jumped into the water with two other people after a relative got swept into the ocean near Beach and Philadelphia avenues in Cape May.

A large wave guided the three other swimmers back to shore, but the PR executive became stuck in the current and rough surf.

However firefighters and lifeguards formed a human chain to rescue him from choppy waves and bring him to safety.

Speaking after his rescue Mr Peterson said: ‘It was a herculean effort. Probably 25 or 30 people forming a chain. It was just incredible.’

Joshua Vandermark, 26, a Cape May firefighter, was one of the first rescuers on the scene.

He and another firefighter arrived about a minute after the emergency call went out.

He told Philly.com: ‘We used the riptide to our advantage to swim out quickly. In probably about 30 seconds…it ripped us about 100 yards out.’

Mr Vandermark and his colleague tied a buoy around the father-of-four to keep him afloat and managed to control his breathing.

‘We were trying to get across to him that he wasn’t going to die,’ he explained.

The pair kept the father-of-four above water as the lifeguards and firefighters created a human chain to bring him to safety during the incident on August 18. 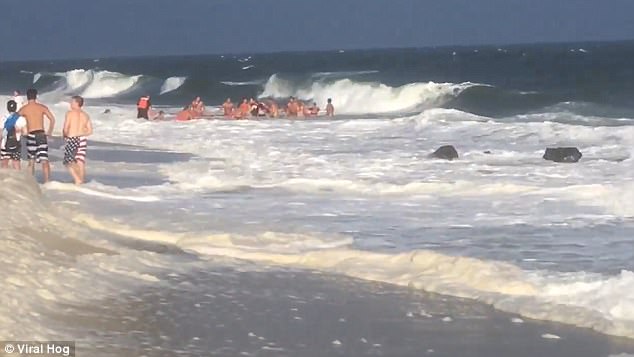 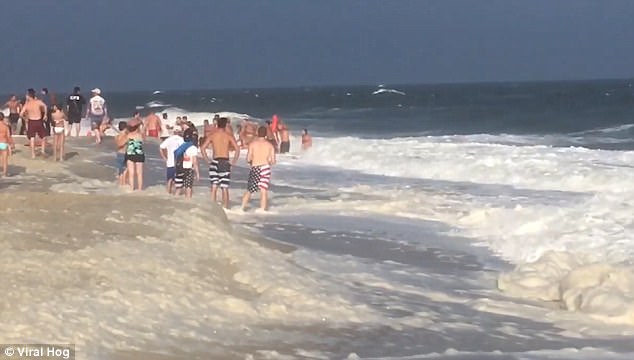 Recalling the terrifying ordeal Mr Peterson, who is a strong swimmer, said: ‘My arms and legs at some point just didn’t have any more energy. I just floated on my back, and it continued to pull me out.’

He thanked the Cape May Fire Department and Beach Patrol for acting so quickly.

‘My four children have their dad today because of their rapid response…because I wouldn’t have lasted much longer.’

All four people who got into trouble were treated at the beach and then taken to Cape Regional Medical Center for evaluation. 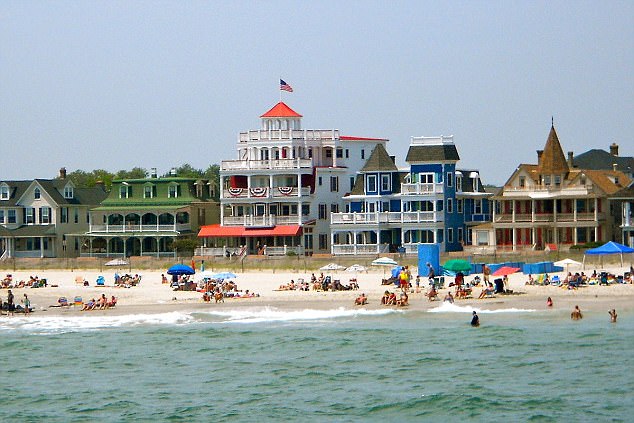