’25 shots is not bad but you must score’: Barca rue profligacy in Lyon

‘Twenty five shots is not bad but you need to score’: Barcelona rue profligacy in Lyon which leaves Champions League progress uncertain

Barcelona defender Clement Lenglet remains confident they will progress to the Champions League quarter finals despite being held to a 0-0 draw in Lyon.

Barca failed to score despite managing 25 shots in their stalemate on Tuesday, leaving the tie finely balanced ahead of next month’s second leg.

Only five of the visitors’ attempts were on target but Lionel Messi, Ousmane Dembele nor the disappointing Luis Suarez could beat keeper Anthony Lopes. 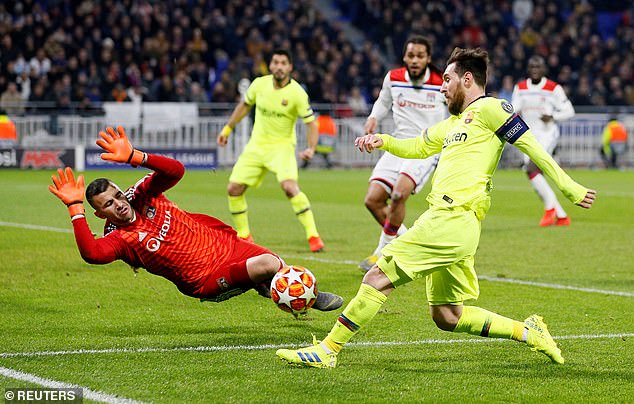 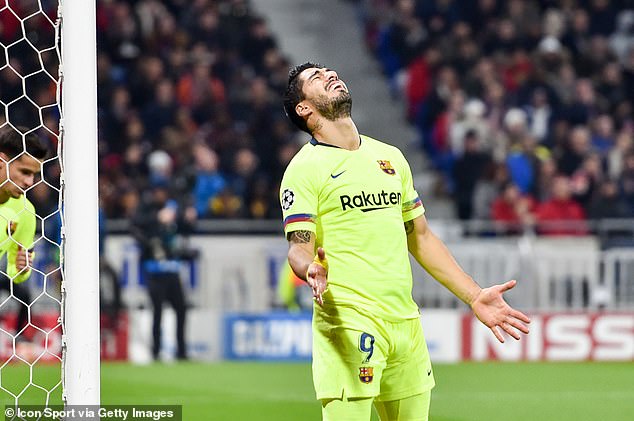 Lyon could even have taken the lead if it were not for a splendid Marc Andre ter Stegen save in the first half when the German tipped a ferocious Marc Terrier shot onto his crossbar.

‘We came here to try and put in a good performance but we couldn’t get the goal. Twenty-five shots is not bad, you need to score but when you have so many shots it means you played well, and we did,’ said Lenglet. ‘We just lacked a bit of confidence, and I’m sure we’ll score at the Nou Camp.’

The breakthrough might not come from Uruguay forward Suarez, who has not scored in almost 25 hours in the Champions League. 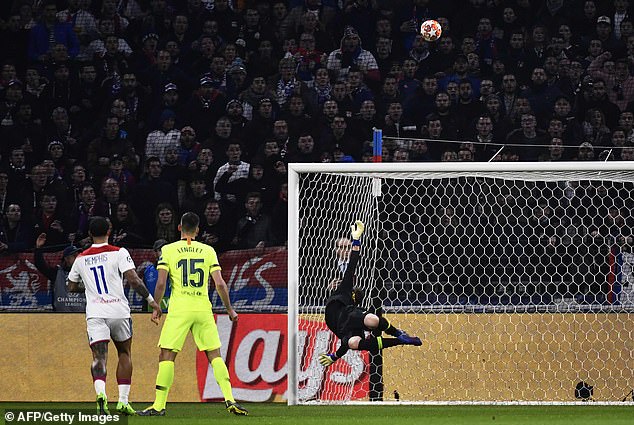 ‘Let’s see what happens in the Camp Nou but it’s always good to go away from home and not concede. Lyon played well but their keeper was very good,’ said Lenglet.

Barca coach Ernesto Valverde added: ‘My feeling is that we played well. We were switched on. I think that we deserved a better result and did enough to win. It just wasn’t our night.

‘We are strong at home but there’s no denying that 0-0 away from home is a dangerous first leg result. We’ll really need our fans at the Camp Nou, everything’s up for grabs.’ 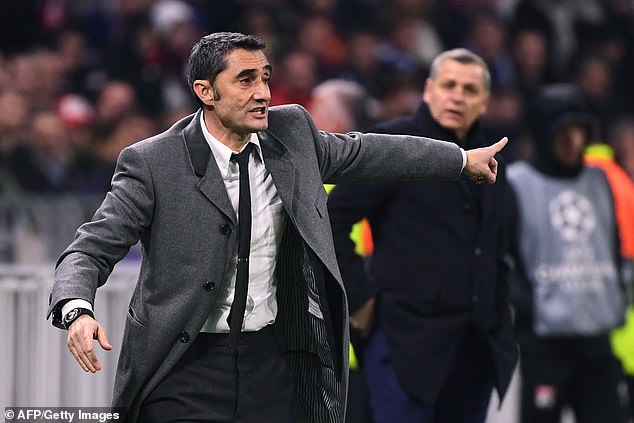 Lyon are hoping the return of their France striker and captain Nabil Fekir, who was suspended on Tuesday, will help them get an away goal.

‘We know that he has what it takes, technically, to help us and to get that goal for us,’ said coach Bruno Genesio.

Lyon may not have scored but crucially they did not concede either, despite being overwhelmed in the second half, largely thanks to fullback Leo Dubois and centre back Jason Denayer.

‘We had chances but didn’t put them away,’ said forward Bertrand Traore. ‘We were solid. In these kind of matches you have to be very disciplined. A 0-0 is a rather good result ahead of the return leg.’