They went to the Travelodge in Cobalt Business Park in Newcastle to shoot their content. 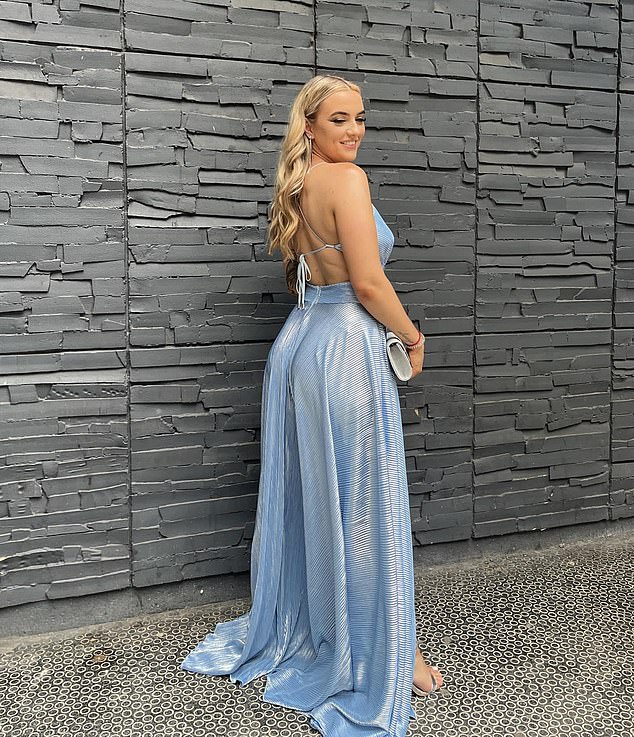 A 23-year-old model named Lacey Amour (pictured) said: ‘We were just trying to do our jobs’

After getting stuck in the snow, the group resorted to booking four double rooms, which cost a £43 a night and a family room to conduct their business.

The X-rated models posed in the corridors and lifts while families stayed for weekend breaks.

One image is believed to show seven women on a single bed.

A model named Lacey Amour, 23, told The Sun: ‘We’re just trying to do our jobs.’

The hotel giant is now considering taking legal action against the clan for breaking their booking terms and conditions.

A spokesperson for Travelodge said they were investigating the incident and told the BBC: ‘We will have no hesitation in terminating any future bookings and taking legal action if we believe an individual is in breach of our terms and conditions.’