More than 280 journalists at The Wall Street Journal and its parent company Dow Jones have penned an extraordinary letter to their publisher protesting the spread of ‘misinformation’ in the paper’s opinion section.

In the letter sent to Dow Jones CEO Almar Latour on Tuesday, the group of reporters, editors and other employees called for a clearer divide between the paper’s news and opinion divisions and raised alarm about the accuracy of the latter division.

‘Opinion’s lack of fact-checking and transparency, and its apparent disregard for evidence, undermine our readers’ trust and our ability to gain credibility with sources,’ the letter states.

‘Many readers already cannot tell the difference between reporting and Opinion. And from those who know of the divide, reporters nonetheless face questions about the Journal’s accuracy and fairness because of errors published in opinion.’

The employees cited several examples of offending articles, including a column Vice President Mike Pence wrote last month, in which he said panic over a second wave of coronavirus cases was ‘overblown’ and argued that the Trump administration’s handling of the pandemic has been a success.

More than 280 journalists at The Wall Street Journal and its parent company Dow Jones penned an extraordinary letter to their publisher protesting the spread of ‘misinformation’ in the paper’s opinion section. Pictured: WSJ’s newsroom in Midtown, Manhattan

The Pence column, entitled ‘There Isn’t a Coronavirus “Second Wave”‘, contained several errors when it was first published on June 16, the letter states, charging that the Opinion editors published it without comparing the vice president’s figures with ones publicly released by the government.

The opinion division later issued a correction after the errors were pointed out in an article by WSJ reporter Rebecca Ballhaus, who fact-checked Pence’s claims and found that they were contradicted by public data released by FEMA.

‘Scrutinizing these numbers would have required no more than a Google search,’ the employees wrote in the letter, adding that the correction was made days later and came only after a government employee complained to Ballhaus.

Ballhaus appeared to allude to a growing concern over the accuracy of the opinion division when she noted in her article: ‘The Journal’s news and opinion pages operate independently.’

In their letter the employees also mentioned a widely-read column titled ‘The Myth of Systematic Police Racism’ by conservative commentator Heather Mac Donald.

They argued that Mac Donald’s column, which was published on June 2 as protests sparked by the death of George Floyd took hold across the US, ‘propelled misinformation’ and ‘selectively presented facts and drew an erroneous conclusion from the underlying data’.

The column relied in part on data from a Harvard researcher, Roland G Fryer Jr, who penned his own op-ed weeks later complaining that his work was ‘widely misrepresented and misused’ and ‘wrongly cited as evidence that there is no racism in policing’.

The letter to Latour noted that ’employees of color publicly spoke out about the pain [Mac Donald’s] Opinion piece caused them during company-held discussions surrounding diversity initiatives’.

It further said that if the ‘company is serious about better supporting its employees of color, at a bare minimum it should raise Opinion’s standards so that misinformation about racism isn’t published’. 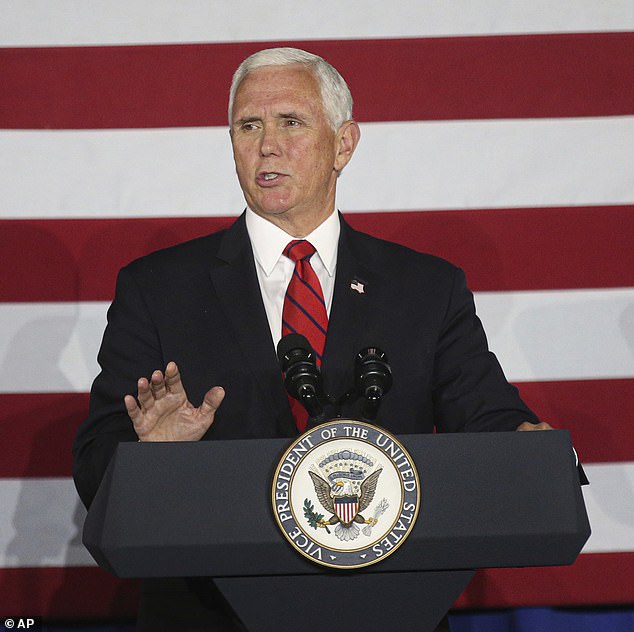 The letter cited several examples of offending opinion pieces, including a column Vice President Mike Pence wrote last month, in which he said panic over a second wave of coronavirus cases was ‘overblown’ and argued that the Trump administration’s handling of the pandemic has been a success. Pence is pictured during a rally in Wisconsin on July 17

The letter concluded by proposing a set of changes that would help further distinguish the opinion division from the news division, including by labeling editorials and columns more prominently on the website and mobile apps.

The employees asked for opinion pieces to include a disclosure that the views they contain do not reflect those of the publication at large, and to create a separate ‘Most Popular in Opinion’ list on the site instead of putting opinion pieces in the main ‘Most Popular Articles’ list.

They also wrote that ‘WSJ journalists should not be reprimanded for writing about errors published in Opinion, whether we make those observations in our articles, on social media, or elsewhere’.

WSJ’s news division published an article outlining the key points in the letter on Tuesday but did not release the full version, which was subsequently leaked to other outlets. 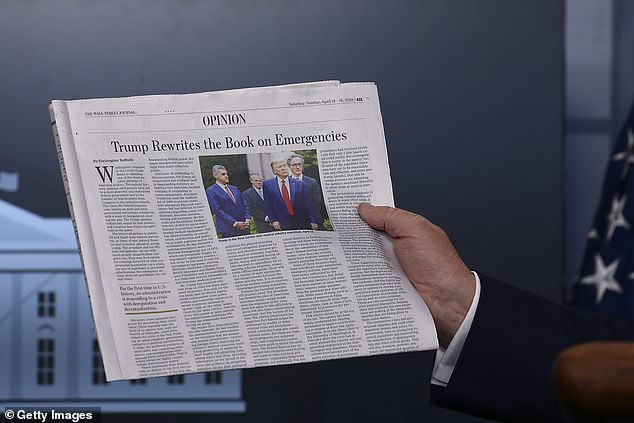 The letter states: ‘Opinion’s lack of fact-checking and transparency, and its apparent disregard for evidence, undermine our readers’ trust and our ability to gain credibility with sources’

Latour responded to the letter in a statement to The Hill and said that the publication is ‘proud that we separate news and opinion at The Wall Street Journal and remain deeply committed to fact-based and clearly labeled reporting and opinion writing’.

‘We cherish the unique contributions of our Pulitzer Prize-winning Opinion section to the Journal and to societal debate in the US and beyond,’ Latour said.

‘Our readership today is bigger than ever and our opinion and news teams are crucial to that success. We look forward to building on our continued and shared commitment to great journalism at The Wall Street Journal.’

The Times employees branded Cotton’s column ‘fascist’ and argued that it lacked adequate fact checking to the point that it contradicted reporting from the paper’s own journalists.

Opinion editor James Bennet resigned amid the uproar over the column. Last week one of the Times’ most prominent columnists also resigned with a letter in which she slammed the paper’s ‘illiberal environment’. 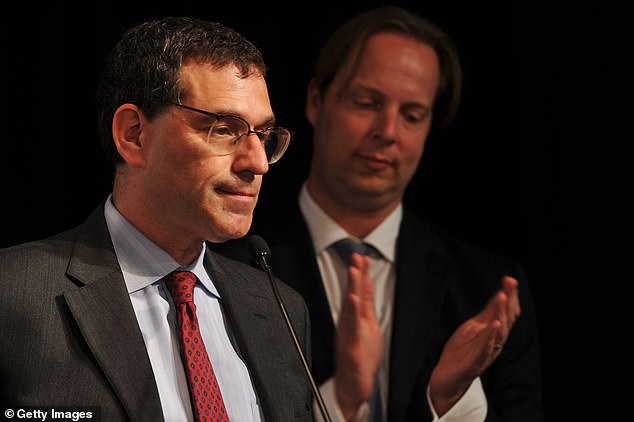