30 after schoolgirl’s murder, mother wins fight to punish killers who won’t reveal where body is

Killers who refuse to reveal where they hid their victim’s body will face extra punishment, the prisons minister declared yesterday.

Rory Stewart pledged to tackle the ‘absolutely disgusting practice’ which increases the agony for grieving loved ones.

It also emerged that the Parole Board has tightened its rules to take account of the ‘wilful and deliberate’ withholding of the location when a killer is seeking release from prison.

Marie McCourt with a picture of her murdered daughter, Helen, who has been campaigning for new rules to stop killer Ian Simms being freed without saying where he has hidden her body

The developments are a major victory for Marie McCourt, whose daughter Helen, 22, was murdered in 1988.

She has been campaigning for new rules – dubbed Helen’s Law – to stop killer Ian Simms being freed without saying where he has hidden her body.

The insurance clerk vanished on her way home from work and pub landlord Simms, 62, was convicted of her murder thanks to DNA evidence. Despite extensive searches, Helen’s remains have never been found.

But Mrs McCourt, 74, a former catalogue saleswoman, has been told that Simms was allowed two escorted day trips out of his open jail last month. He could be allowed further unsupervised visits later this month.

Mr Stewart told MPs he was ‘confident’ the Government will bring forward legal measures to penalise those who do not disclose the information.

He said officials have drawn up two options which he will discuss with Justice Secretary David Gauke within days to come up with a ‘solution’.

Mr Stewart did not give details but Parole Board rules could be toughened even further or sentencing guidelines could be bolstered. The minister spoke out after being pressed by MPs to introduce a ‘no body, no parole’ law.

‘There is something peculiarly disgusting about the sadism involved in an individual murdering somebody and then refusing to reveal the location of the victim’s body,’ he said. 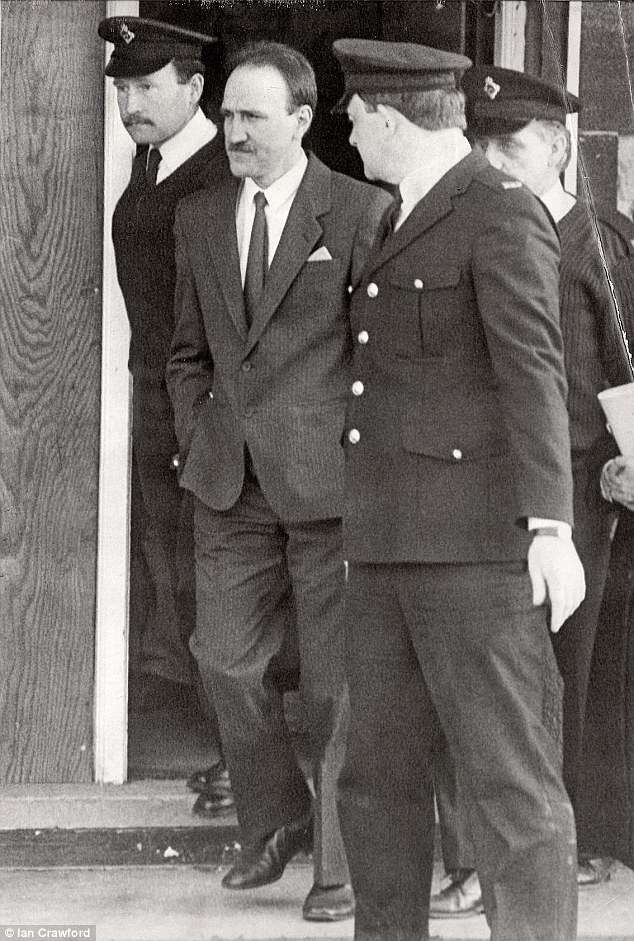 Simms was convicted of Helen’s murder thanks to DNA evidence but despite extensive searches, her remains have never been found

‘There have been delays in terms of framing the right kind of legal response but I am absolutely confident we can overcome that and officials are now bringing forward advice which I hope will achieve exactly what people have been campaigning for.

‘But we are absolutely clear this is an absolutely disgusting practice and we ought to be able to use legal methods to impose consequences on individuals who refuse to reveal the location of a body.’

‘All this publicity in the Daily Mail has hopefully made somebody in the Government sit up and take notice.

‘I’ve been fighting for 30 years for Helen, I’m not going to go away now.

‘Time is running out for me because Simms has had escorted visits and could be getting unescorted ones any time now. We really need to get this law through, not just for my sake and my family’s sake but for all those other families in the same position.

‘Killers who refuse to reveal where their victim’s remains are should never be considered for parole.’

In another boost, Parole Board chief executive Martin Jones said guidance had been changed as a direct result of the campaign.

In a letter to Mrs McCourt’s Labour MP Conor McGinn, he said: ‘As made clear in that guidance the Board should always have regard to the failure to disclose the location of a body.’

The updated guidelines mean parole hearings can take account of ‘wilful and deliberate withholding of information about the whereabouts of the victim’s body’.

Mr Jones added, however, that it would be unlawful to deny a prisoner’s release on that basis alone.

Mr McGinn, MP for St Helens North, welcomed the new parole guidelines as ‘a step in the right direction’.

But he added: ‘We need urgent action from the Government so Marie and other grieving relatives enduring a similar torment can find peace by giving their loved ones a proper funeral.’

Helen was a regular at Simms’s pub in the village of Billinge, Merseyside. Police believe she encountered the married father-of-two as she walked home past the pub.

Mrs McCourt’s online petition on change.org calling for Helen’s Law has been signed by almost 500,000 people.