A 30-year-old former gymnast has lost her right arm and left leg after developing toxic shock syndrome (TSS) from a staph infection.

Anna Norquist had just returned home to South Bend, Indiana after driving to Chicago for a Friday night concert earlier this month.

By Sunday she was feeling ill. Within 24 hours, Anna was so weak that she couldn’t lift her head to take a sip of water or go to the bathroom. Her kidneys ached. Her whole body seemed to be shutting down.

She had contracted a strep infection – her family would later learn – which had somehow made its way into her bloodstream, a phenomenon that causes toxic shock syndrome.

The vicious infection was killing her limbs. Doctors had to move swiftly to confine the damage, so they amputated her arm and leg. She has already had 10 surgeries was scheduled to have her left hand amputated on Friday, the family told Today. 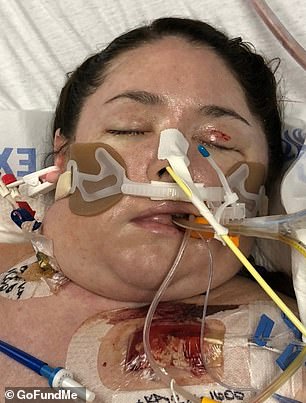 Anna Norquist (left and right) developed toxic shock syndrome and as had to have her left leg and right arm amputated, and may lose her right hand as well. She has been in and out of consciousness since being hospitalized and sometimes placed in a coma due to pain 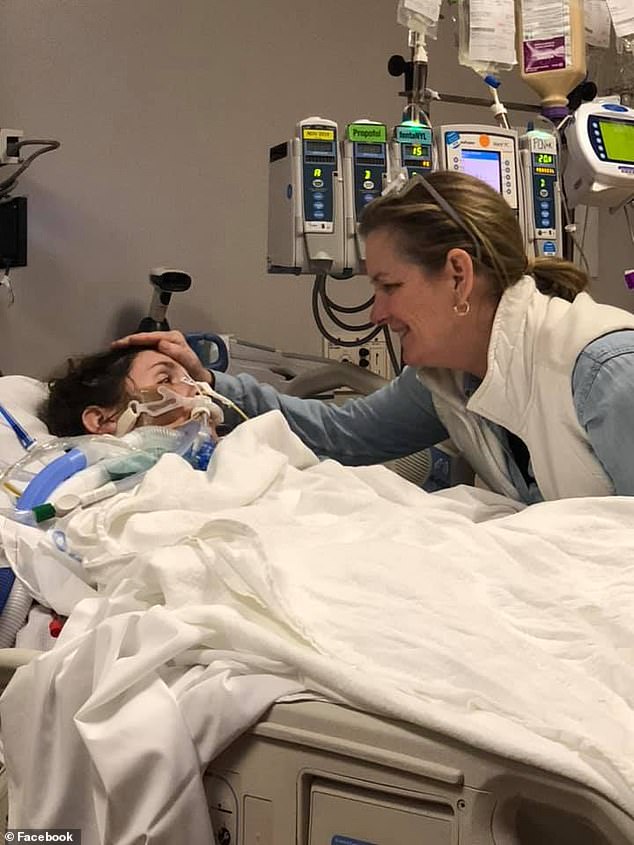 Between surgeries, Anna has periodically been awake and able to speak to the members of her family (including her mother, right) remarkably. But her family says she’s ‘delirious’ and has no idea where she is or that she is missing limbs

Anna was once an impressive gymnast. Now her family is simply holding out hope she’ll be able to keep one of her legs.

The 30-year-old’s family describes her as ‘the strong, bold and beautiful.’

She has had to been, ever since falling ill. At times, she has been in so much pain that doctors have put her into a medically-induced coma.

Toxic shock is rare, striking less 0.5 out of every one million people in the US each year, according to the Centers for Disease Control and Prevention (CDC).

Though for a time TSS from staph bacteria was the linked to tampon use – and became the subject of widespread fear among women – the infection can enter the body in many ways.

In fact, rates of TSS have fallen off substantially, and most cases, including Anna’s, now have nothing to do with tampons or periods. 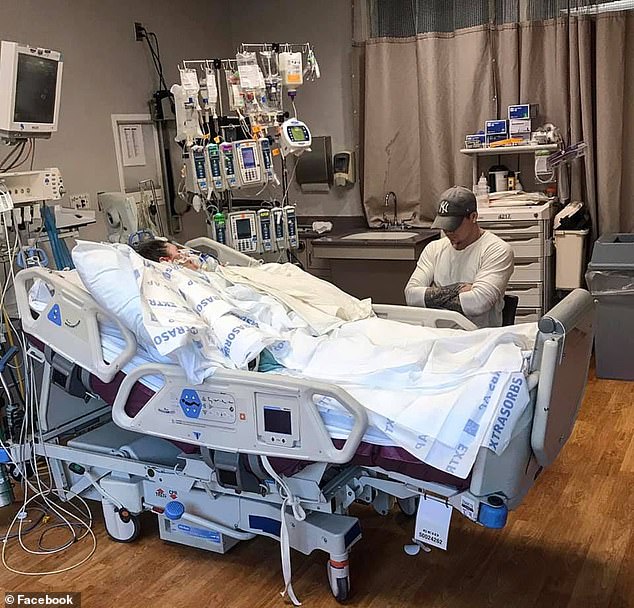 Anna’s whole family has rallied around the ‘bold, strong’ young woman, as her brothers (one of whom is pictured here ) rally around her near South Bend, Indiana 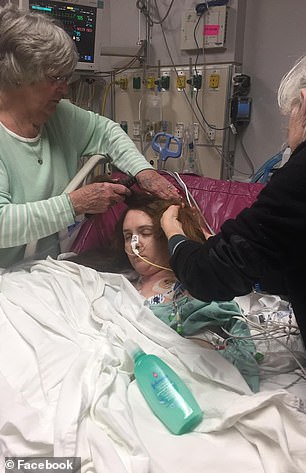 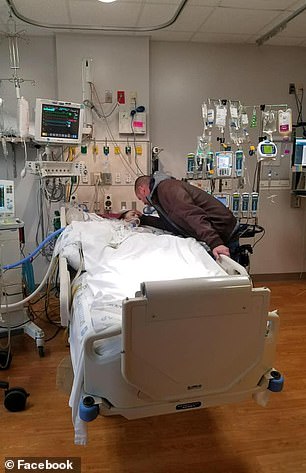 Two women in Anna’s family fix her hair as she lies in the hospital. Her brother strokes Anna’s hair to comfort her between the more than 10 surgeries she’s endured

TSS can result from a number of different bacterial infections, including staph.

Staph bacteria are part of the normal profile of human skin bacteria, and most people have naturally-occurring antibodies against it in the blood.

But if the bacteria sneaks into the blood through cuts wound, burns or as complications of infections like pneumonia, it can quickly become life-threatening.

Most symptoms begin like Anna’s did: quickly, and flu-like. Some people also develop rashes.

Trying to cut off the infections spread, the immune system signals the blood to clot, cutting off the oxygen supply from a part of the body. Without oxygen, the tissue there begins to die, a condition called gangreene.

Once gangrene has set in, that body part has to be removed. Most often this means amputation of fingers, toes or limbs, but gangrene can strike organs as well.

Between her amputation surgeries, Anna has been surprisingly wakeful, and able to speak.

But she has been in a sort of ‘ICU delirium,’ Patrick told Today, and doesn’t seem to realize yet that her limbs are missing.

With our without further amputations and operations, Anna is looking at at least a six month hospital stay – and a long road to recovery.

Her family have set up a GoFundMe to raise money to cover Anna’s completely unexpected and horrific medical ordeal and eventual therapy.

‘But I have to try to remain grateful that they were able to save her life. We can deal with life.’