300 bottles of Cognac recovered from ship sunk by U-boat in WWI could fetch nearly £8,000 EACH:

300 bottles of Cognac recovered from ship sunk in WWI could fetch nearly £8,000 EACH: French shipment on Swedish steamer bound for tsarist Russia ended up at bottom of the Baltic Sea after German U-boat strike

A hoard of contraband alcohol recovered from a shipwreck 100 years after it sank on its way to tsarist Russia is going on sale for nearly £8,000 a bottle.

Hundreds of bottles were salvaged by a specialist Swedish team in the Sea of Aland, near the Baltic Sea, in 2019.

The crew found 600 bottles of De Haartman & Co cognac and 300 bottles of Benedictine liqueur within the remains of the Kyros, which was sunk by a German submarine in May 1917.

It is believed the shipment left Bordeaux in December 1916, but was delayed until the spring due to ice in the Gulf of Bothnia.

Cognac house Birkedal Hartmann has carefully cleaned and refilled 300 bottles found within the shipwreck of Swedish steamer Kyros, which was sunk by a German submarine in 1917 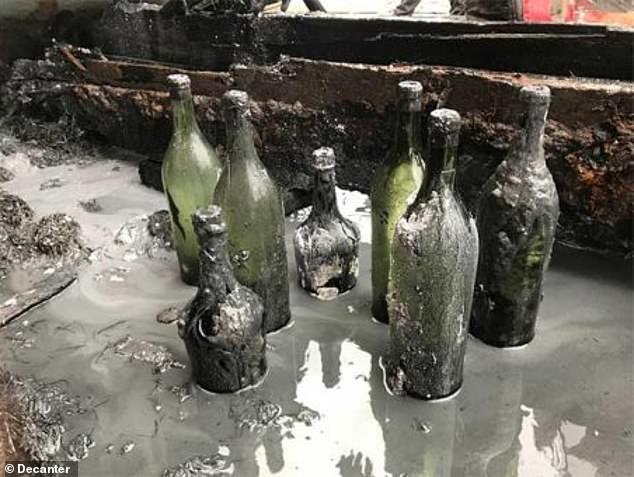 By the time the ship was on its way to Russia again, Tsar Nicholas II had been forced to abdicate as the Russia Revolution took over the country.

Since the haul was found again, Cognac house Birkedal Hartmann has carefully cleaned 300 of the bottles, removed the corks and filled them with Grande Champagne Cognac from 1910-15, reports Decanter.

Company archives were used to reproduce the original corks, capsules and labels. Each one-litre bottle is presented in a gift box, which also contains the original cork a and a photograph of the SS Kyros. 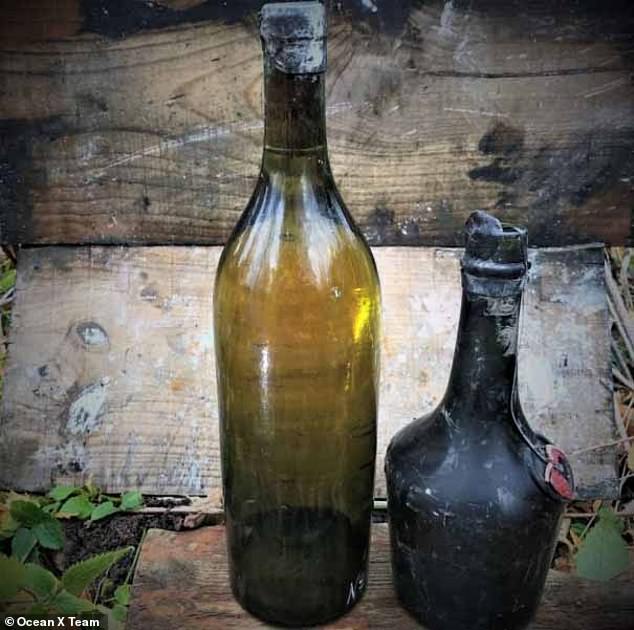 The bottles were sunk to a depth of 77m in the Sea of Aland, between Sweden and Finland

At the time of discovering the wreck, Peter Lindberg, who led expedition group Ocean X, said: ‘The conditions in the Baltic are very suitable for storing these kind of beverages because it’s dark and very cold.’

The Kyros left Sweden in May 1917 and was sunk to a depth of 77 metres in the Sea of Aland, between Sweden and Finland, with an explosive charge.

The ship’s crew survived and were transferred to another vessel before returning to Sweden, according to Ocean X.

Mr Lindberg said his group located the wreck more than 20 years ago, but lost the position, only to re-discover it many years later. 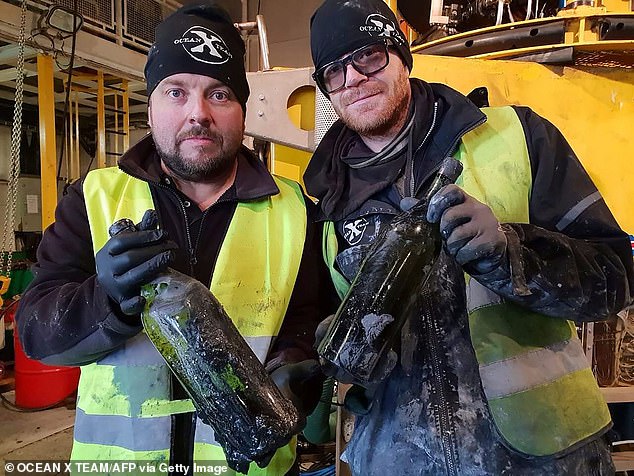 It took years to clear the wreck of abandoned fishing nets so divers could inspect it but even then conditions proved to be too difficult to search manually.

He said: ‘After we had been there several times with divers and a smaller ROV (remotely operated vehicle), we realised that the situation was becoming too dangerous.’ 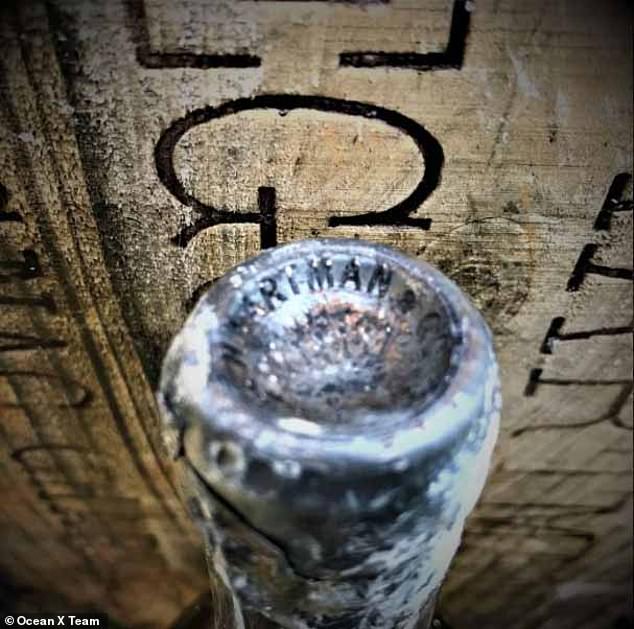 In January 2020, one of the surviving bottles of Benedictine was opened at the Palais Benedictine in Fecamp, northern France, where it was hailed as ‘pleasant’ to taste with notes of cocoa, coffee and mocha.