‘Huge gamble’: Top doctor’s fury as more than 20,000 AFL fans cram into stadium – before moronic streaker risks a $50k fine and two weeks in quarantine for running on to the field

A top doctor has warned the decision to allow 30,000 AFL fans to cram into Perth’s Optus Stadium overnight was a ‘massive gamble’.

Geelong took on Collingwood at the newly built venue on Thursday night in what was the largest public gathering in Australia since the COVID-19 outbreak began.

Australian Medical Association’s WA president Dr Andrew Miller said the AFL and health authorities risked a resurgence of cases in the state by allowing so many fans in the middle of a health crisis.

Around 30,000 were expected at the match between Collingwood and Geelong on Thursday night (pictured) 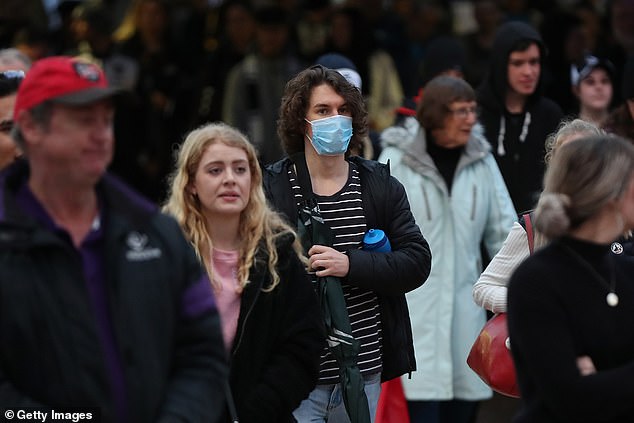 The AFL’s decision to go ahead with the match was described as a huge gamble by medical authorities (Pictured: fans arrive at Perth’s optus stadium ahead of the match on Thursday night)

‘A super-spreader event will make this the dumbest football game that was ever played,’ he said.

‘What we’re betting with is the health and livelihood of the whole of Western Australia.’

Meanwhile, a fan who attended the match is facing a $50,000 fine and two weeks in quarantine after running onto the field.

Security guards tackled the man to the ground when he invaded the pitch with two minutes left of the game.

He only made it about 30 metres onto the field before being slammed to the ground and restrained. 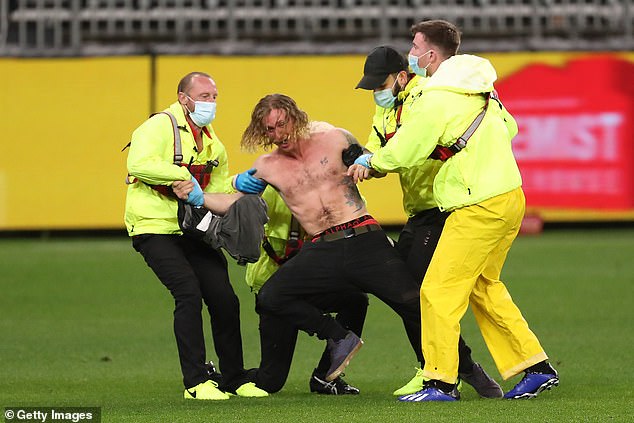 The security guards wore rubber gloves and face masks as they escorted him from the arena.

Under new COVID-19 regulations the AFL has increased penalties for anyone who invades the field.

The pitch is considered a quarantine zone and anyone who enters could potentially face prison time.

Fans aren’t even allowed into the two front rows to reduce contact with players.

AFL fan Danielle Dodson labelled him as a ‘w**ker’. 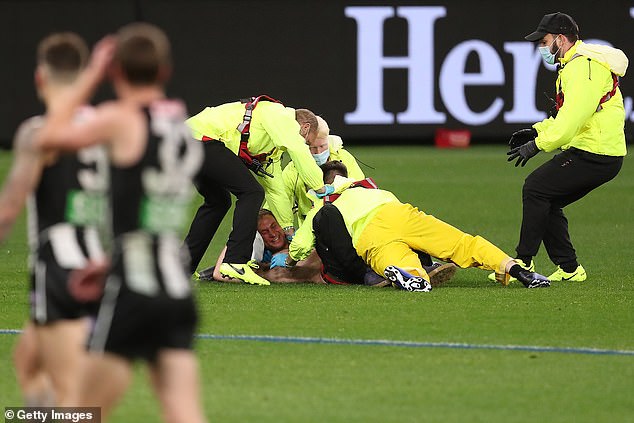 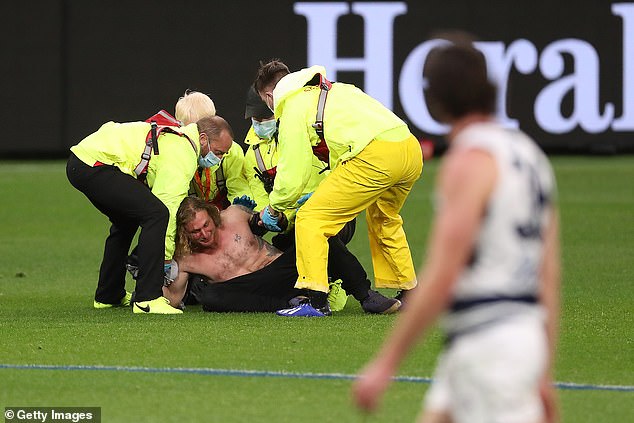 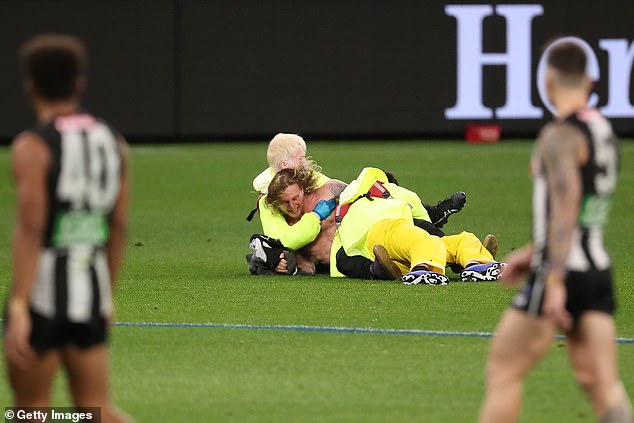 ‘He jumped the fence at the 50m mark and got flattened by four security guards,’ she told the West.

She said he ‘didn’t get close to any players’.

Others called him a ‘fool’ and a ‘peanut’ online.

He will be forced to undergo a two-week quarantine period. 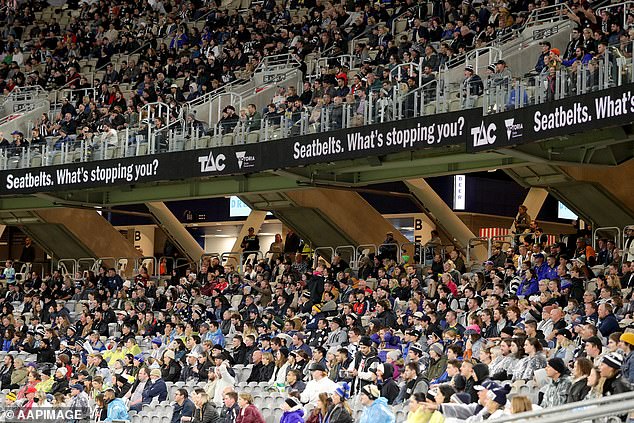 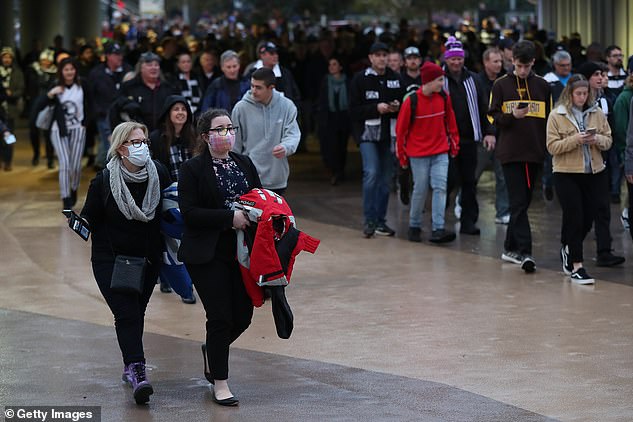