Thirty-six pit bulls have been saved from what appeared to be dog kennels, but were actually a breeding and training grounds for a giant dog fighting ring.

Three men were arrested for running the ‘kennels’ out of their Long Island homes.

Richard Davis, 34, Martin Newkirk, 49, and Taikeem Wheeler, 26, all of Wyandanch, New York, will face felony charges of animal fighting and animal cruelty which carries up to a four-year prison sentence.

The pit bulls range from one week to seven years old with half of the dogs being puppies.

Nearly all of them were found chained without food and water. They were visibly injured from fights with bite wounds that left scars.

The dogs had fleas, dirty coats and long claws. One had an untreated broken front leg while another was severely malnourished, authorities said.

‘This was truly a chamber of horrors for these dogs,’ said Attorney General Eric Schneiderman. 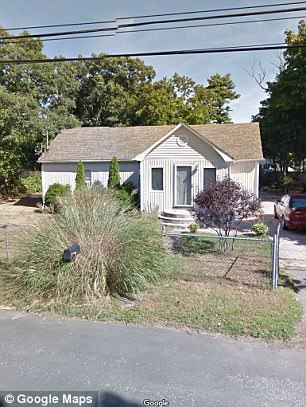 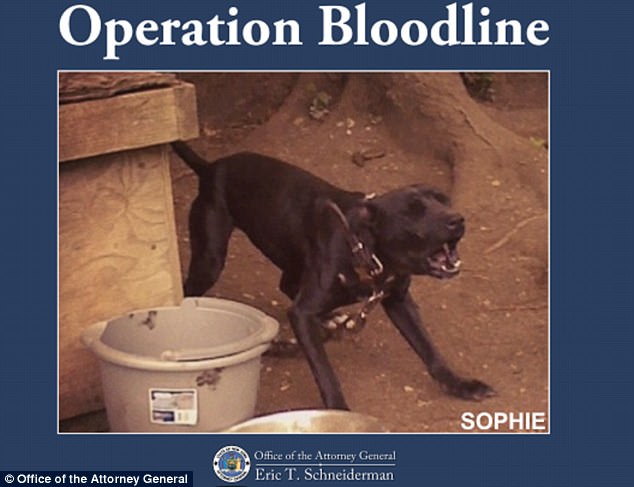 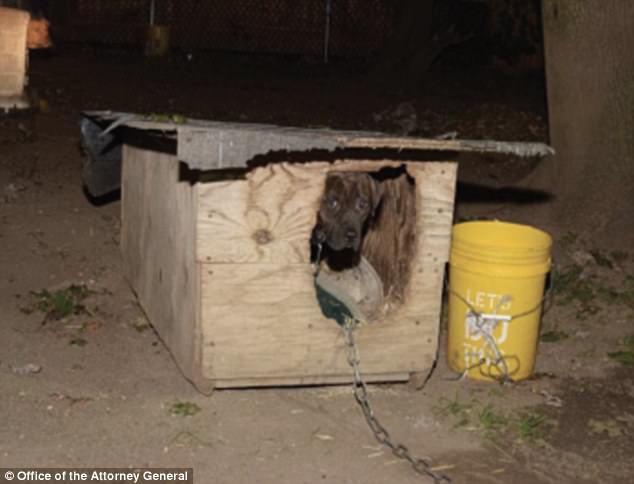 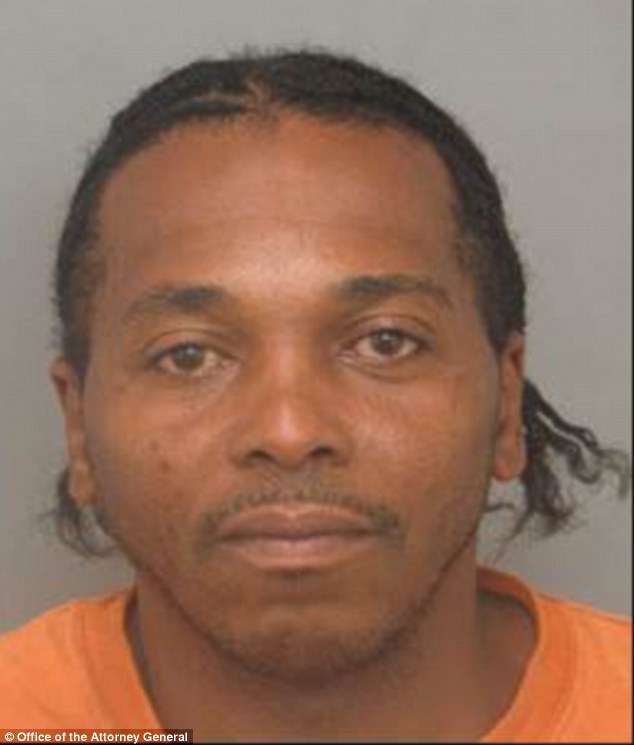 Martin Newkirk, 49, was arrested after 20 pit bulls were found in his home 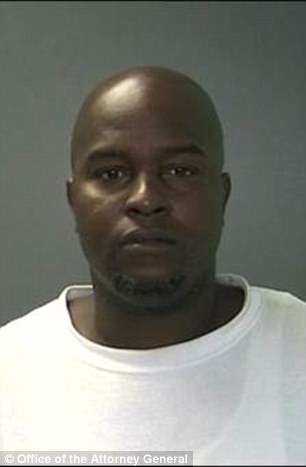 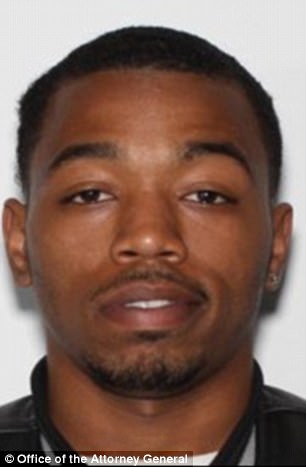 ‘Dog fighting is an obscenely vicious and cruel form of animal abuse that tortures animals and endangers the safety of the public,’ said Schneiderman. ‘It’s barbaric, despicable and illegal.’

The arrests came as part of a seven-month investigation called ‘Operation Bloodline’ which began in March. The investigation led investigators to issued search warrants for the homes which were known as the Roll Right Kennel and Rise ‘n’ Shine Kennel.

Fourteen pit bulls were rescued from Davis’ home, 20 from Newkirk’s home and two from Wheeler’s home.

All three kennels ‘actually served as staging grounds for the dog fighting ring,’ Schneiderman said in a statement.

Two of the dogs had to be euthanized because they’d been severely attacked by their mother, authorities said.

A third dog named Sophie had been so abused and tortured that the ASPCA determined that she had become a threat to humans and also had to be euthanized.

Dog fighters often make their money by selling dogs from strong ‘bloodlines,’ descended from other successful fighters. Puppies of fighter bloodlines sell for more than $1,600 per pup. 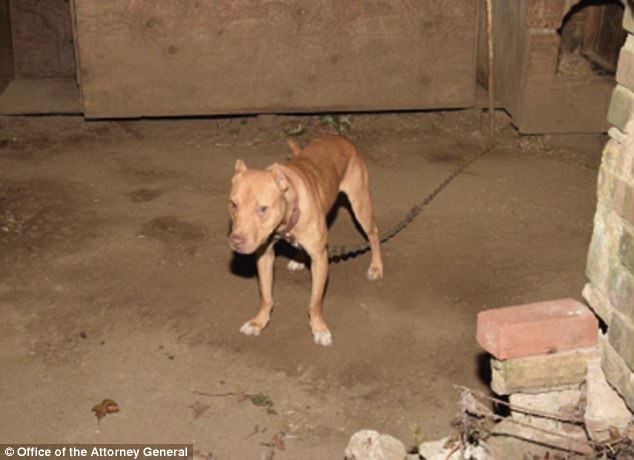 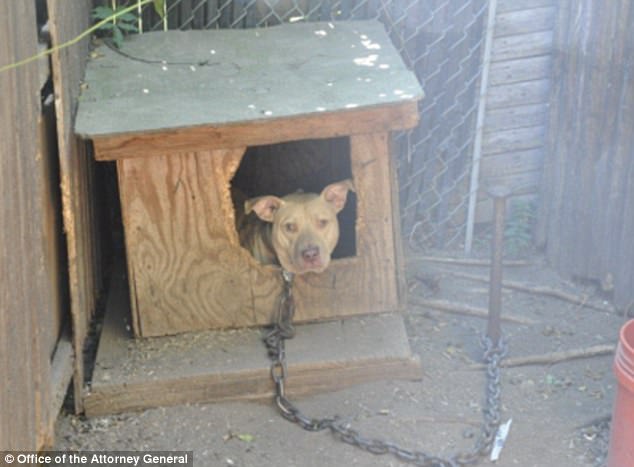 The dogs were found with fleas, dirty coats and long claws 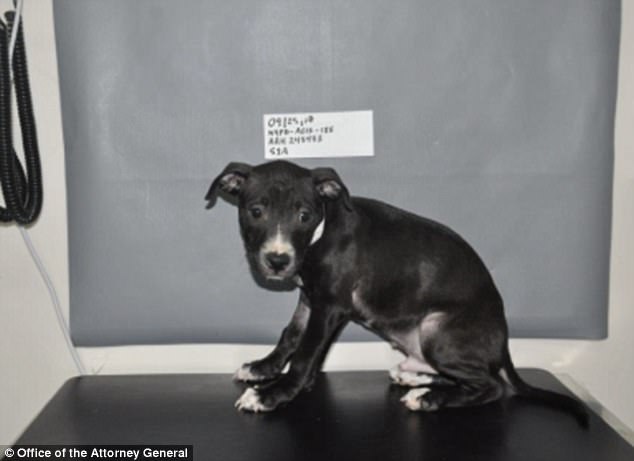 Wheeler allegedly touted Sophie as a champion dog fighter because of her bloodline as the daughter of another one of his pit bulls who had won many fights.

Police recovered dog fighting paraphernalia which indicated the sophistication of the breeding and training grounds.

The paraphernalia is often used to build strength in a pit bull’s neck and shoulders, to control its weight, and to increase its endurance and stamina, as a dogfight to the death can last longer than an hour.

Dog fighting is a crime in all 50 states. In New York, dog fighting and the breeding and training of dogs carry a maximum penalty of four years in jail and a fine of $25,000.

The dogs are currently being sheltered by the ASPCA in order to allow them to heal and hopefully be retrained and adopted.