The force is strong with this one! Adorable four-year-old dressed as Rey from Star Wars raises her hand to fend off Darth Vader and Kylo Ren – but gives Chewbacca a big hug

An adorable little girl lived out every Star Wars fan’s dream when she used The Force to fend off a parade of bad guys at Disney World in Florida.

Dressed as Rey from the Star Wars franchise, Bowie proved she’s just as tough when she took on some of the movie’s fiercest villains while visiting the amusement park in February.

In the viral video, the four-year-old excitedly stares down the Star Wars characters as they make their way towards her.

‘Bowie, do you see Darth Vader? Put your tough face on Rey!’

Bowie, 4, dressed up as Star Wars’ character Rey and used the force against bad guys while visiting Disney World in Florida 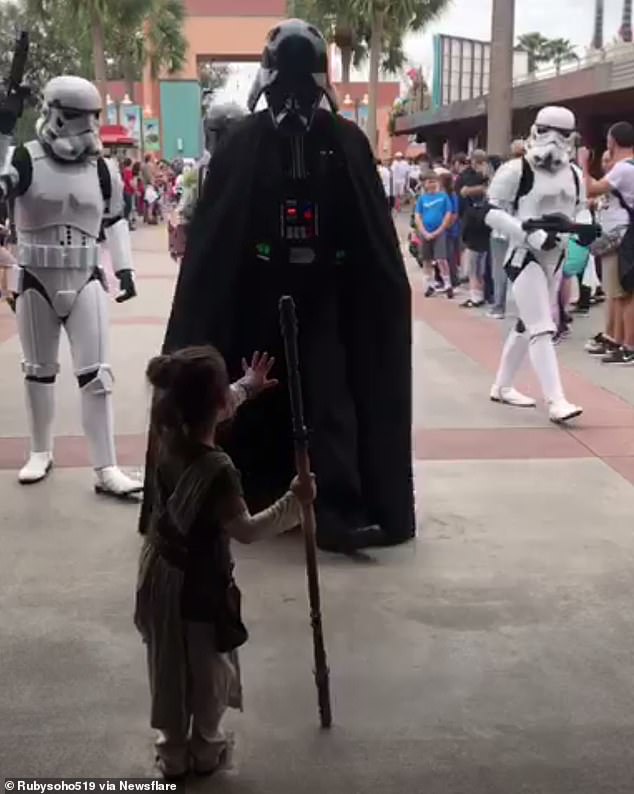 Hicks: ‘Bowie is four years old and fun fact, her birthday is May the 4th! She is the biggest Star Wars fan’ 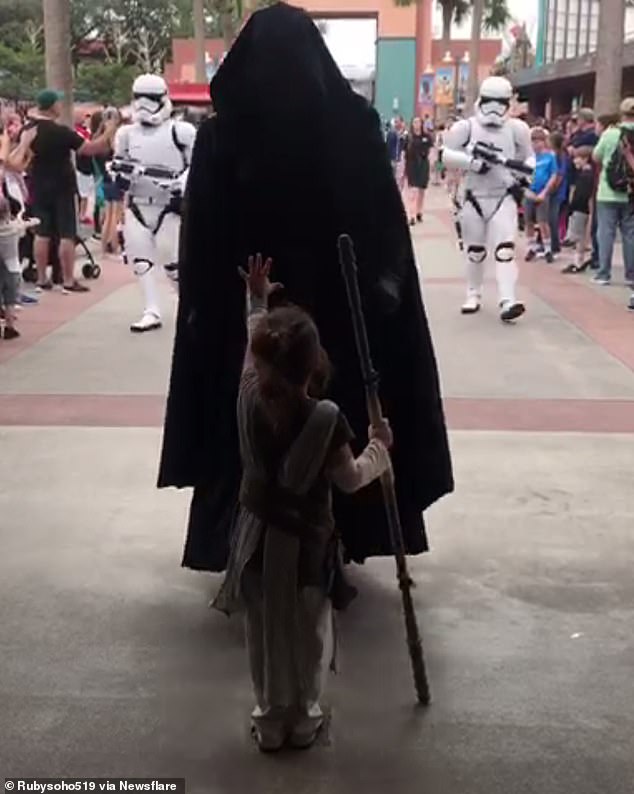 Bowie bravely faced off against fearsome villains like Darth Vader, Kylo Ren and storm troopers as they made their way through the amusement park 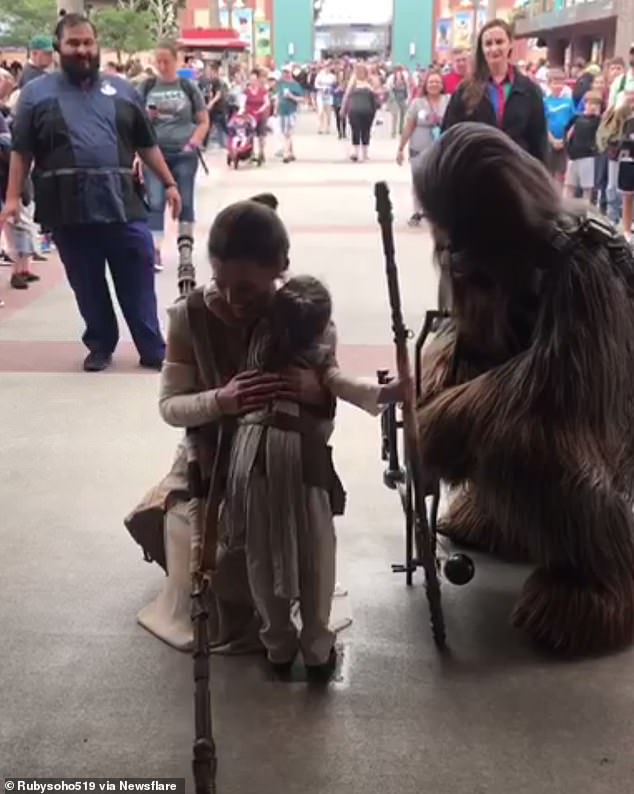 Bowie decided to spare Rey and Chewbacca, instead giving her heroes sweet hugs

Lifting her left hand, Bowie masterfully uses the Force to deflect the bad guys like Darth Vader, Kylo Ren and storm troopers as they approach the girl one by one.

Hicks said that Bowie has been a Star Wars fan her whole life.

‘Bowie is four years old and fun fact, her birthday is May the 4th! She is the biggest Star Wars fan.

‘We have raised her on the entire series since birth and watch at least two of the movies every week at her request.’

After a final stand off with a bad guy, Bowie’s heroes Rey and Chewbacca stop to greet the young fan.

Bowie decides to spare them, giving each a hug instead.

The precious moment went viral after Mark Hamill, the actor who plays legendary Luke Skywalker, posted the video to his social media accounts.

Hamill called the moment ‘adorable’ in his caption and dubbed Bowie a ‘Pint Sized UPF’.

Moe said: ‘I actually cried when I saw Mark Hamill posted Bowie’s video, he’s such an icon to our family and we adore him so much.’ 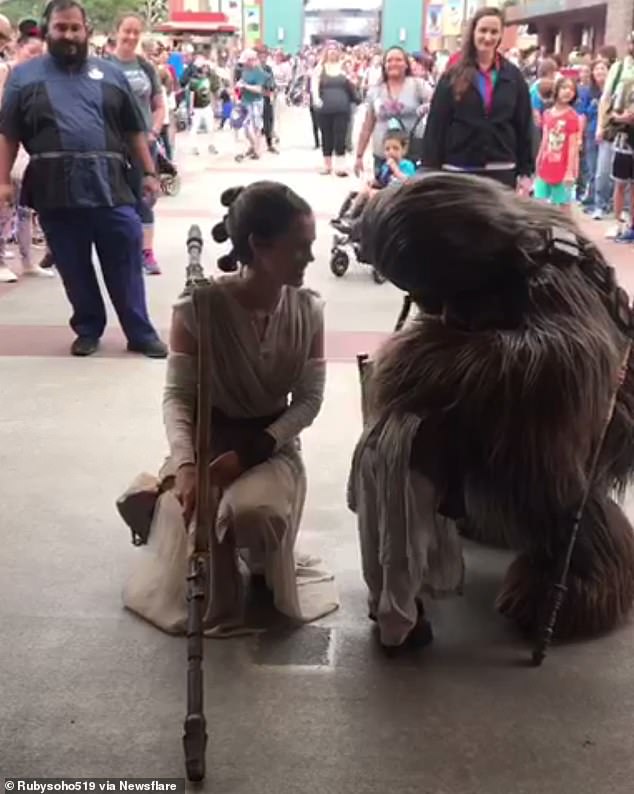 The video went viral after Mark Hamill, aka Luke Skywalker, posted the video to his social media accounts and amassed over 1 million views on Instagram