A four-year-old girl lost her life in a late-night go-kart crash when police say her father took her and his older daughter on a ride in Detroit and lost control.

Officials say the accident happened at around 3am Wednesday on the city’s west side.

The girl’s 29-year-old father was driving the go-kart with the four-year-old, identified by family and friends as Autumn Young, when he crashed the vehicle into a parked car in the 19300 block of St. Mary’s Street, reported WDIV. 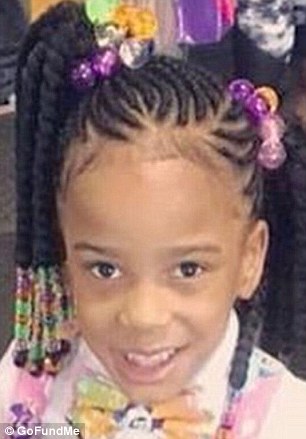 Autumn Young, 4 (left and right), died on Wednesday after police say her father took her on a go-kart ride that ended in a crash 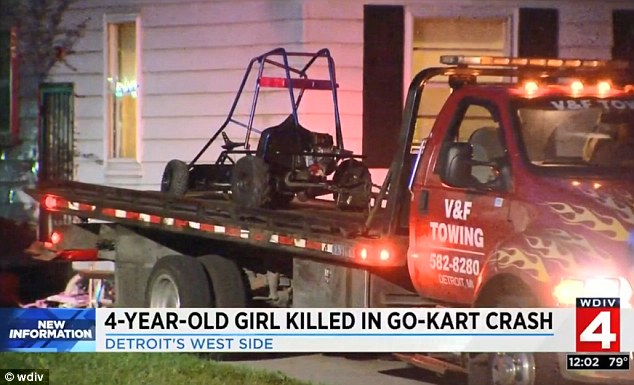 The 29-year-old man lost control of this go-kart and crashed it into a parked car on St. Mary’s Street

According to a relative, Autumn’s six-year-old sister was also along for the ride with their dad, reported Fox 2.

The impact of the collision reportedly sent the father and his daughters flying off the vehicle.

Family members transported Autumn to a hospital, but she died from blunt force trauma to the head.

Her father was taken to a hospital to be treated for non-life-threatening injuries, and his surviving daughter sustained bruises that did not require hospitalization, according to a police detective. 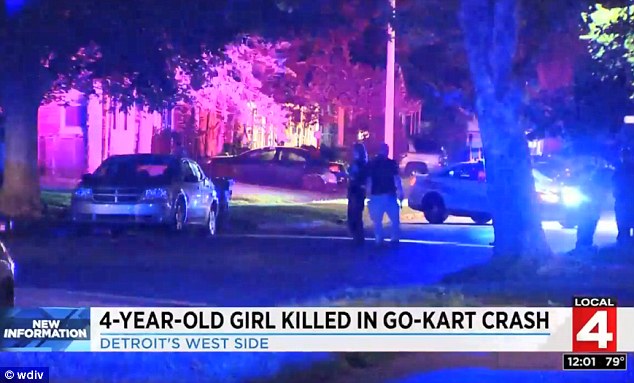 On Wednesday afternoon, the father was discharged from the hospital and taken into the custody of the Detroit police.

A request for a warrant will be submitted to the Wayne County Prosecutor’s Office.

Meanwhile, a family member has launched an online fundraiser to help the girl’s family with her final expenses.