4 yr old girl finds MULTIPLE colonies of stingless bees, thought to have died in the US 70 years ago

A  four year-old girl in California has discovered two colonies of stingless bees, which were thought to have disappeared in the U.S. 70 years ago.

Annika Arnout made the remarkable discovery at a location she has refused to disclose, in a bid to keep the bees at her ‘secret place’ safe, CBS News reports.

The stingless bees, which live in Brazil and are significantly smaller than a honey bee, were brought to the US in the 1950s in an unsuccessful bid to help boost the size of fruit and vegetable crops.

A 4-year-old girl, Annika Arnout, has discovered two colonies of stingless bees, thought to have disappeared in the U.S. 70 years ago 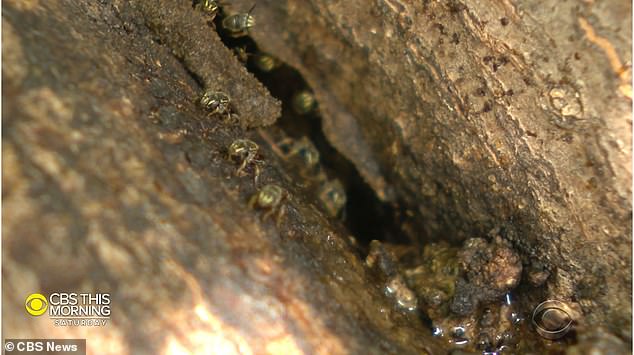 Arnout found the stingless bees in an undisclosed location, what she calls her ‘special place’

Dr Martin Hauser, a senior insect biosystematist at California’s Department of Food and Agriculture, who obtained specimens of the discovery, said the U.S. government contacted a Brazilian researcher decades ago to help pollinate crops around the country.

‘He [the Brazilian researcher] sent them in the ’50s to Gainesville, Florida, Logan, Utah, and Davis and Palo Alto,’ Hauser said. ‘And he said all the bees died in one year.’

‘They didn’t like the cold weather in Utah. They couldn’t compete in Florida,’ he added.

The bees – which despite their names, do have stingers, though they can not be used for defense – were also sent to Stanford professor Dr George Shafer for further analysis. 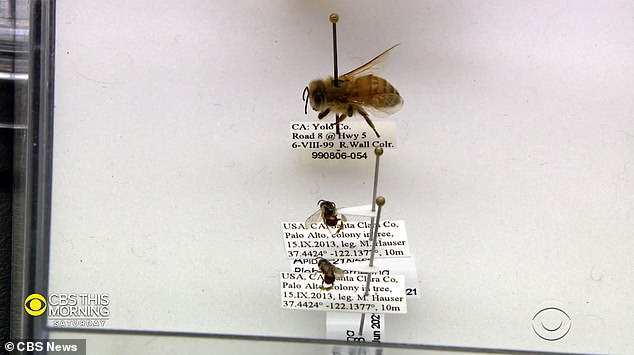 The experts are confident that these bees are descendants of the ones that were brought to the U.S. in the mid-20th century, as Hauser admitted he had not heard of them until 20 years ago.

He received an inquiry from a pest control person in Palo Alto, Richard Schmidt, who sent them to the Santa Clara County agricultural department for further examination.

‘I hadn’t seen them before,’ Schmidt told the news outlet.

‘They didn’t know what they were. And so, they sent it to the state.’

There are more than 300 species of stingless bees in Brazil, including this unnamed species, which was first described in 1900 by a German researcher.

Some have suggested the bees be known ‘Annika’s Bees’ in honor of Arnout.

About 20 percent of the neotropical stingless bees known to science are found in Brazil, with the vast majority of them capable of producing honey, according to a 2019 study. 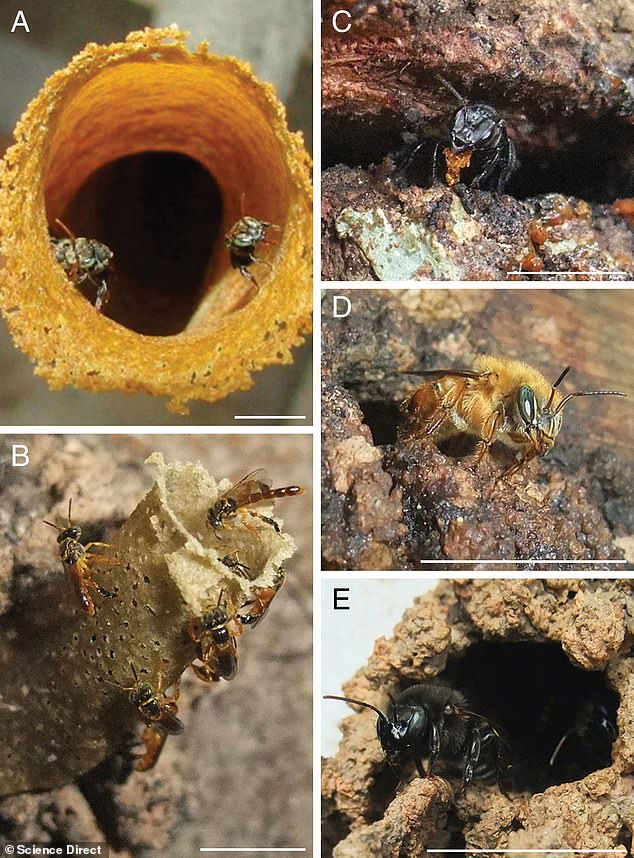 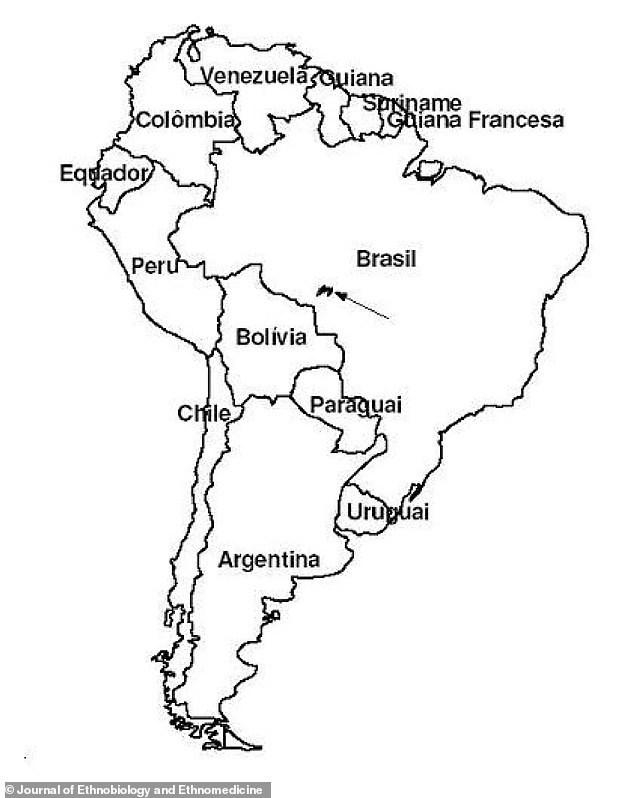 In 2008, scientists learned that stingless bees have ‘cultural significance’ to the Enawene-Nawe tribe in western Brazil, citing 48 species referenced by the tribe

In 2008, scientists learned that stingless bees have ‘cultural significance’ to the Enawene-Nawe tribe in western Brazil, citing 48 species referenced by the tribe.

In July 2020, scientists discovered that some species of stingless bees make honeycomb which resembles the molecular structure of crystals.

It’s likely there are many more species to be discovered, according to a 2014 study.

Pictures of the stingless bees discovered by Arnout were posted to iNaturalist by her caregiver, biologist Targe Lindsey.

Dr Hauser added he was ‘very impressed’ Annika has found two colonies, while ‘all the scientists found none.’

Upon meeting her, he gifted a bug book which he wrote: ‘To Annika, for many more discoveries to come.’