A mother-of-three has revealed how she almost ‘fainted with joy’ when she shared her first kiss with a man 40 years her senior, who she met while working as his carer.

Donna Brickell, 40, from Swansea, revealed in Take a Break magazine how she felt ‘miserable’ with her husband of 20 years, and left him after she uncontrollably fell for 80-year-old Eric Morgan.

The mother-of-three admitted she thought Eric, who is paralysed from the waist down, was 60 upon first meeting him and only discovered his real age after falling deeply in love with him. Still, she could not resist the attraction.

Donna eventually quit her job as his carer to be with her true love and moved in with him. In spite of their age difference of 40 years, the happy couple are now engaged and plan to wed as soon as her divorce is finalised.

Mother-of-three Donna Brickell, 40, from Swansea, revealed she fell for 80-year-old patient Eric Morgan while working as a carer. In spite of their age difference, the pair are now engaged and waiting for her divorce to be finalised to tie the knot 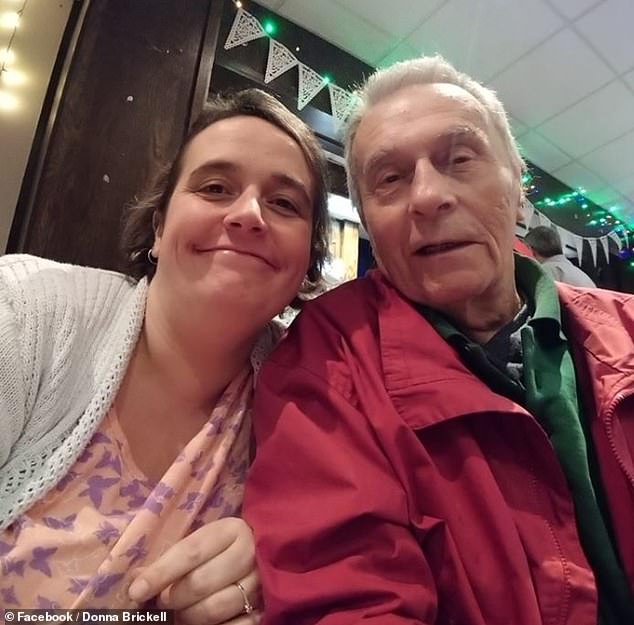 Donna revealed she only found out about Eric’s real after after she’d already fallen in love with him, thinking he was only 60 (the happy couple pictured together after their engagement) 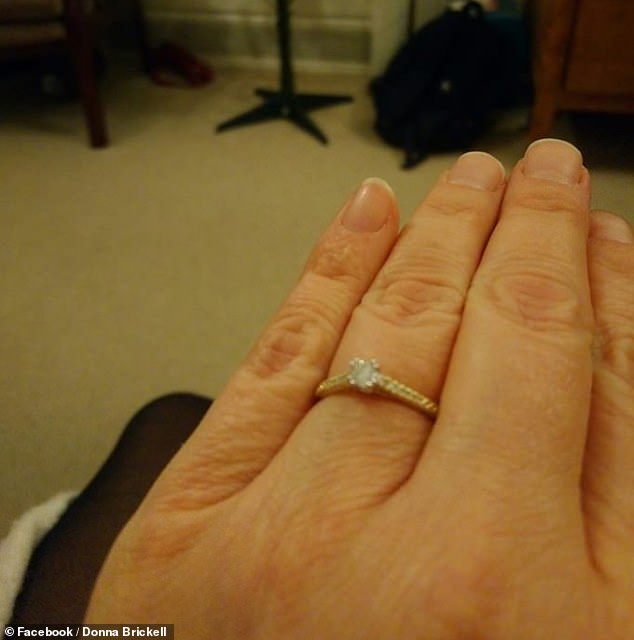 After months of friendship, Donna faced her true feelings for Eric. She had to quit her job as a carer to be with him and did so without a speck of hesitation (pictured: Donna’s engagement ring)

When she first met Eric, Donna was struck by how handsome he was, and did not suspect him to be more than 60 years old. They hit it off right away, cracking jokes all day.

Donna swiftly became smitten by the twinkle in Eric’s eye and his sharp sense of humour while she was his carer. She would even drive to his house after hours for a chat, which was forbidden by her employer.

She was still married to her husband, but the romance had fizzled.

The couple had admitted to each other they’d fallen out of love, but agreed to stay together for their three children. They led almost separate lives, and barely saw each other.

Ironically, after his wife’s first day caring for Eric, John joked that she fancied her patient, which turned out to be an accurate observation. 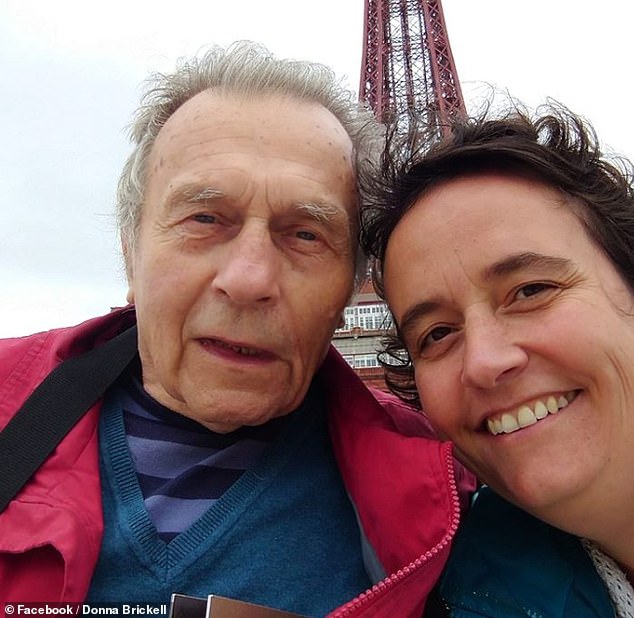 In spite of their 40 years gap, the couple are the happiest of lovebirds, and spend their time laughing together, going to the park and watching musicals

Donna recalled the tenders moments she shared with Eric at the dawn of their romance, laughing together and talking about their lives.

They eventually admitted their feelings to each other when Eric put his hand on her thigh, asking if this was OK, she was unable to resist.

‘I was a married mum of three, but I’d fallen in love with my patient, and I didn’t quite know what to do,’ Donna said.

It was then that Donna discovered Eric’s true age when she looked in his file at work and saw that he was 78, rather than 60 as she’d assumed.

But she was quick to overcome her shock, because they ‘fit together like a glove.’

Months of unbridled romance followed, with Donna visiting Eric regularly outside of work hours to watch musicals or head to the park. 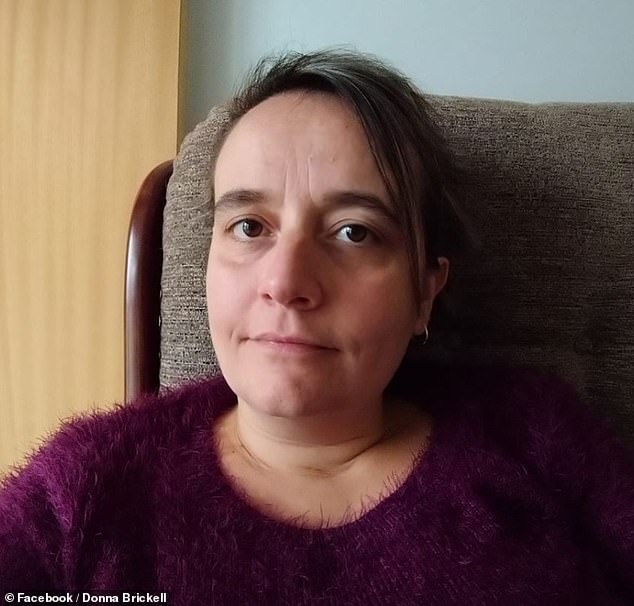 When they shared a passionate first kiss after a few months together, Donna recalled she almost ‘fainted with joy’ and was resolute to see the relationship through.

From her own account, no one cared about their romance, except her company, who had strict rules about carer-patients relationship. However, instead of giving her new flame up, she quit instead, because ending the romance was unthinkable to her.

Hell-bent on being with the man she truly loved, Donna had to tell her husband. The news came as a shock to John when she said she wanted to divorce him to be with her 80-year-old boyfriend.

Even when John exclaimed that the attachment was ‘disgusting’ and that he was sickened by her behaviour, the mother-of-three did not backtrack, and instead went straight from her home to her beau’s flat to announce they could finally be together. 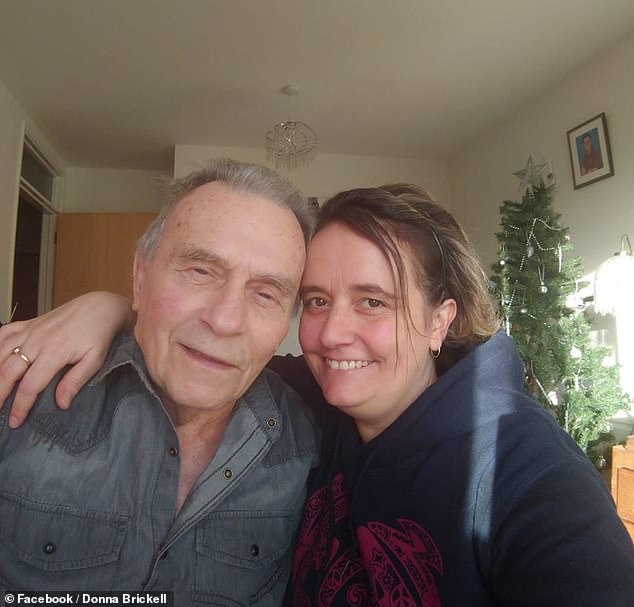 The mother-of-three’s husband of 20 years, John (not pictured) said her love for Eric made him sick when she announced she wanted a divorce 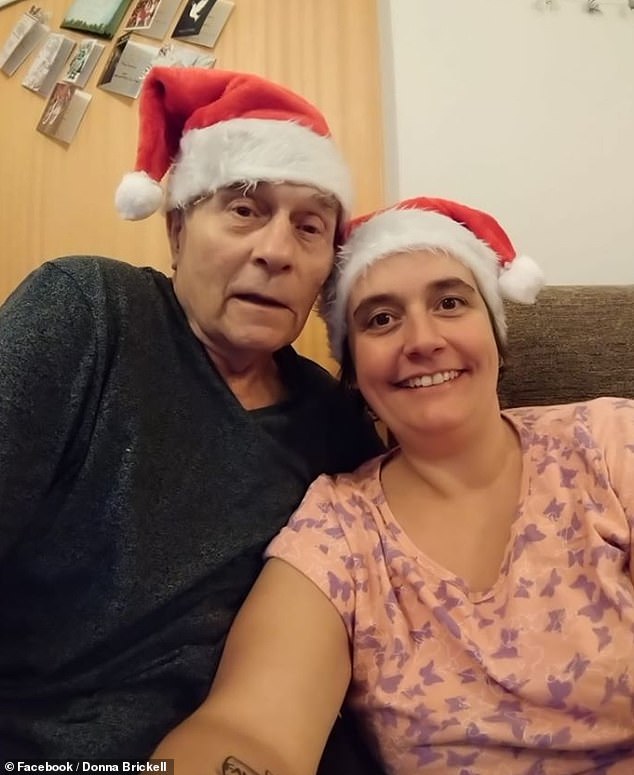 Christmas in love. Donna revealed Eric was her best-friend and that she would never regret her decision to turn her life upside down to be with him

She moved in with him soon after, and her middle son came with her while the other children stayed behind with John.

She also got to know Eric’s own children, who were happy to meet their father’s new girlfriend.

Smitten Donna said she loves everything about Eric, who has taught her that age was just a number. She added that she would never regret her decision, even if the couple only have a few years together.