This is the incredible moment a man dressed in a captain uniform kickstarts a Jagermeister domino effect that sees 400 shots poured.

The clip begins with an excited crowd cheering on the man, fully clad in a Naval Officer’s outfit, who flicks a tiny glass bottle of Jagermeister against a gigantic row of Jagers balancing on top of glasses filled with Red Bull.

He starts a chain reaction and suddenly the domino effect comes into play.

One by one the containers topple over with liquid flowing out into the glasses below.

The tumblers were pre-poured with the energy drink, which is the other key ingredient of the Jagerbomb shot.

As the pouring process takes place patrons are heard excitedly cheering in the background. 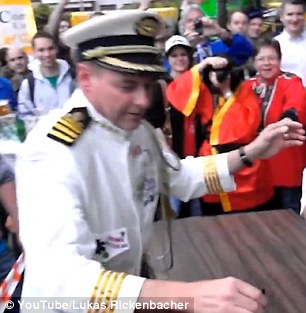 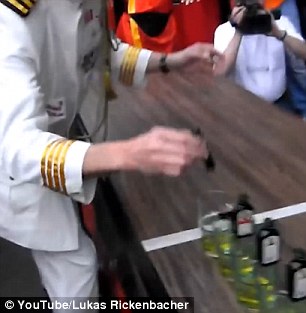 A man, fully clad in a Naval Officer’s outfit, flicks a tiny glass bottle of Jagermeister against a gigantic row of them balancing on glasses filled with energy drinks 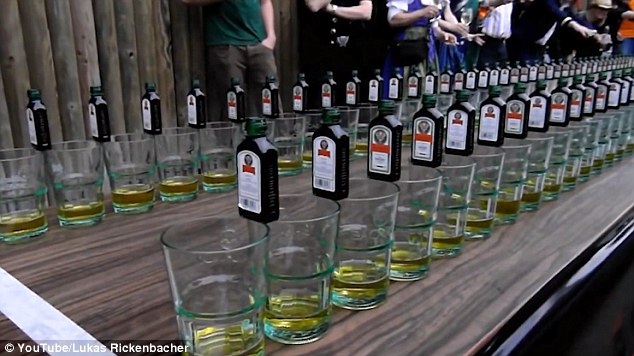 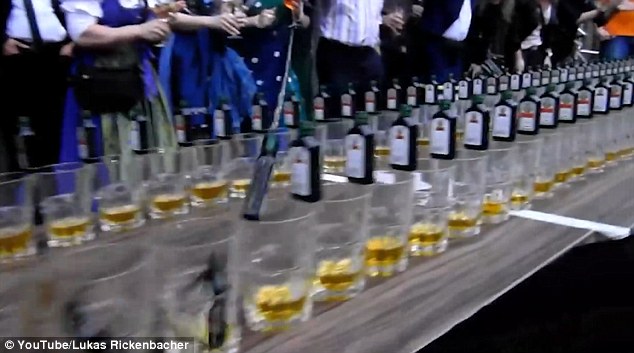 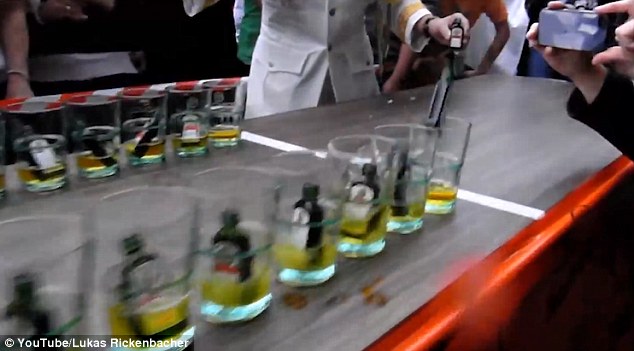 As the sequence comes to an end the crowd celebrate together, cheering, hugging and high-fiving fellow revellers

They also get their camera phones out to capture the feat.

While the set up presumably took a long time, it took just a minute for all 400 Jagerbombs to be made.