On November 17 of last year, Martin was at home with his wife and step-grandson, Dylan Davis-Martin, 11.  Dylan, who was mildly autistic started to have a tantrum, and hit his grandmother.  That is when Donald Martin pinned the boy to the couch, holding him down.

In a call to 911, Melinda Davis said of her grandson, ”He came home and he threw a fit. The police… they come here all the time for him. He threw a fit. My husband was holding him down. He got sick… and then I think he just passed out.’ 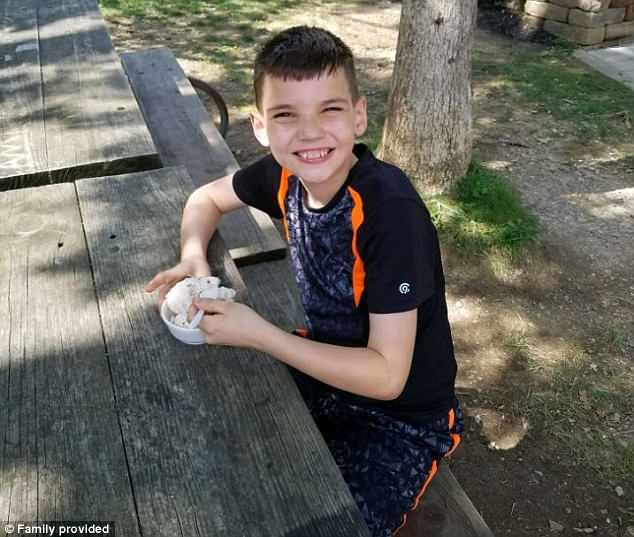 Dylan Davis, in a family photo, was mildly autistic and prone to tantrums, according to his dad

Dylan was pronounced dead at an area hospital.

Brown County Sheriff Gordon Ellis called the death a ‘family tragedy’ and told WKRC  My understanding was he was actually holding the juvenile down over the couch, the couch arm, restraining him and it appears that during the act of holding him down over a period of time there was a positional or compression asphyxiation.’

Shortly after the boy died, Donald Martin was charged with reckless homicide.   And he plead guilty on Thursday. 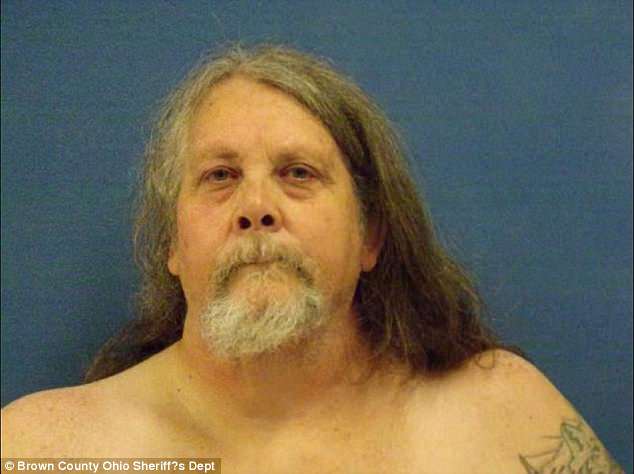 Donald Miller, 58, in his mug shot, faces up to three years behind bars when he is sentenced on May 8. 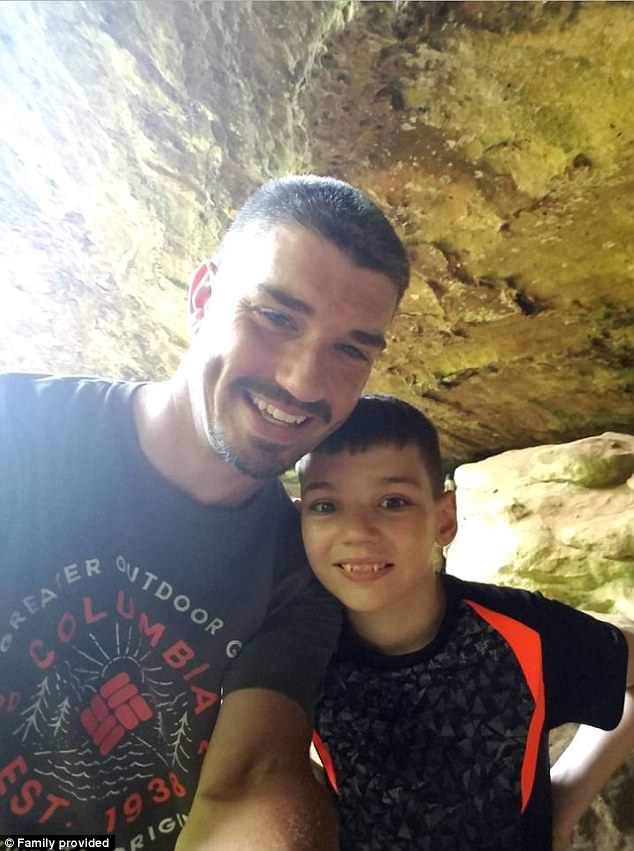 Sam Davis, left said that Dylan, right was a great kid and everybody loved him.

Dylan’s father, Sam Davis said that he fears that Donald Martin will get probation, and he doesn’t think that is enough saying,  ‘maybe some jail time. At least some jail time would have been appropriate but that’s just my opinion.’

The maximum sentence is three years in prison, but Sam has reportedly been told not to expect Martin to be jailed.

Prosecutor Zac Corbin told the outlet that it is up to the judge, but points out that Martin has no criminal record.  ‘So, the judge will look at that when he imposes a sentence and then do what he feels is justice.’

Sam Davis says no matter what happens, nothing will bring back his son, ‘he was a real good kid. He was a pleasure to be around. Everybody loved him,’

Martin’s sentencing is scheduled for May 8. 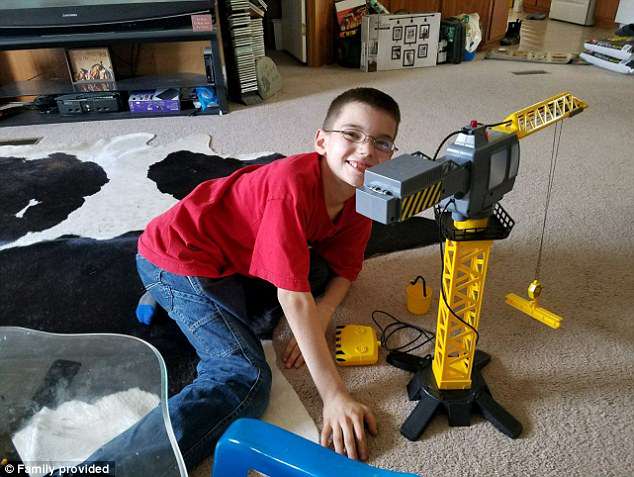 Dylan Davis, in a family photo, died after being pinned to a couch in his grandparents home where he was living.