SANTA CLARA, Calif. (AP) – The San Francisco 49ers will be without safety Eric Reid for this week’s game against the Los Angeles Rams because of a left knee injury.

Coach Kyle Shanahan said Monday that Reid injured his posterior cruciate ligament on Sunday in Seattle. Reid will not need surgery and will probably miss at least a few games.

Reid got hurt in the second quarter on a non-contact injury away from the ball on an incomplete pass. He came back for the start of the second half but then then left twice after aggravating the injury.

San Francisco 49ers strong safety Eric Reid (35) is tended to on the field after an injury in the first half of an NFL football game against the Seattle Seahawks, Sunday, Sept. 17, 2017, in Seattle. (AP Photo/John Froschauer)

The Niners’ other starting safety on Sunday also could miss Thursday night’s game against the Rams. Jaquiski Tartt has an injured neck and is questionable this week. 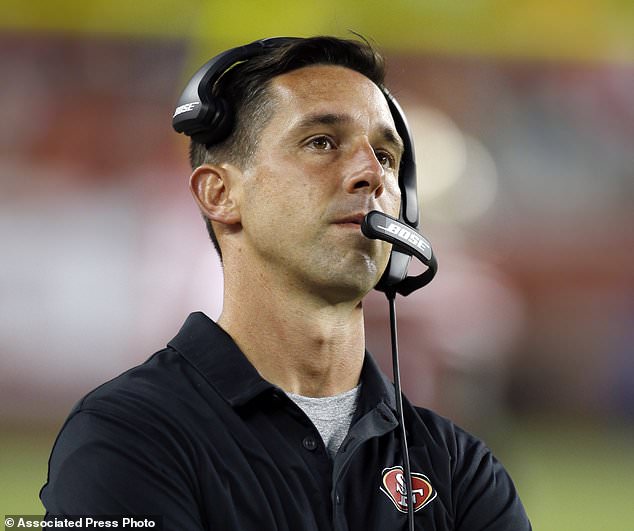 FILE – In this Aug. 19, 2017, file photo, San Francisco 49ers coach Kyle Shanahan watches from the sideline during the first half of a preseason NFL football game against the Denver Broncos, in Santa Clara, Calif. Kyle Shanahan was hired in San Francisco because of his success as an offensive coordinator. Two games into his tenure, the 49ers are still seeking their first touchdown. (AP Photo/D. Ross Cameron, File) 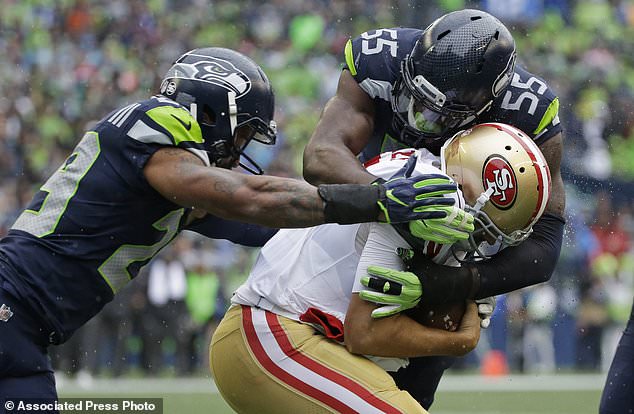