Abid Shah, 59, and Aeisha Shah, 48, were dressed in tracksuit pants and slides as they were escorted out of their palatial home in Sydney’s west by police on Thursday.

The couple promised to give the man a better life in Australia, but allegedly made him work excessive hours, confiscated his passport and threatened him with deportation – even though he had the right to work in the country.

Detectives scoured The Cake Merchant stores in Liverpool, Campbelltown and Bonnyrigg, before the couple were charged with human trafficking and slavery.

The Shah’s, who own five patisseries in western Sydney, are also accused of underpaying the worker – despite buying their home for an eye-watering $2.3million in 2013 and watching the value double over the next eight years. 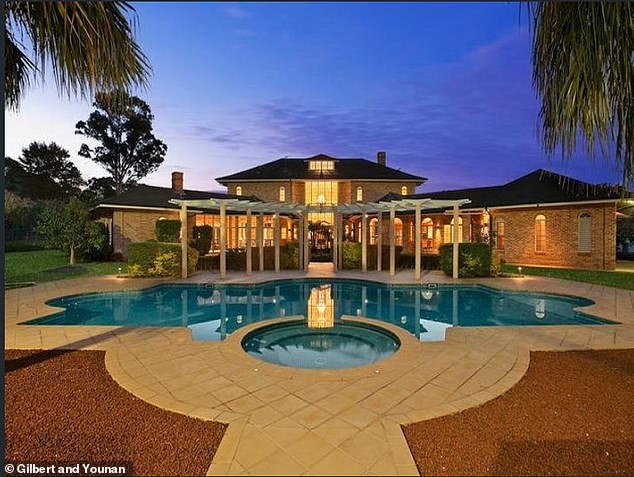 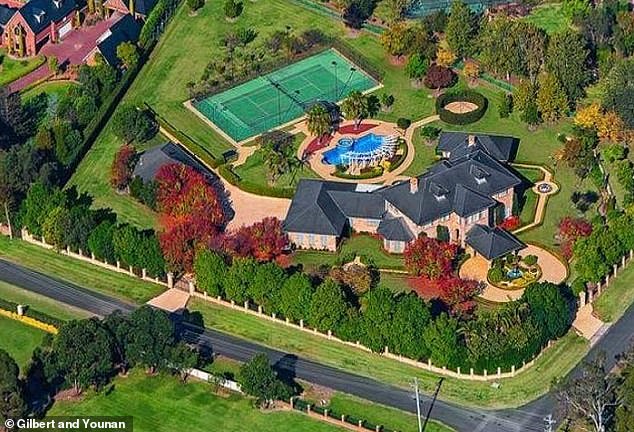 Sitting on one hectare of landscaped lawn, the expansive estate is surrounded by sandstone walls and provides a ‘lifestyle of unrivalled luxury and sophistication’, according to the online listing.

The property also includes a tiled pool, an apartment for guests and enough garage space for six cars.

The Shah’s were arrested after police received a report from the FairWork Ombudsman in March 2018 that alleged a worker had been mistreated at the cake shop. 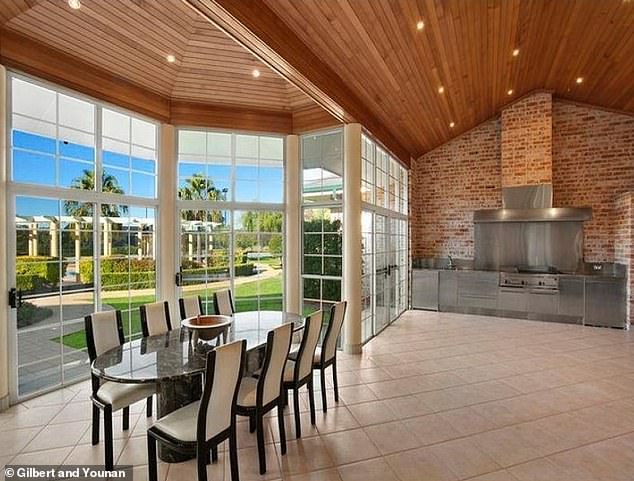 The couple are accused of underpaying the worker, despite living in a $4million home 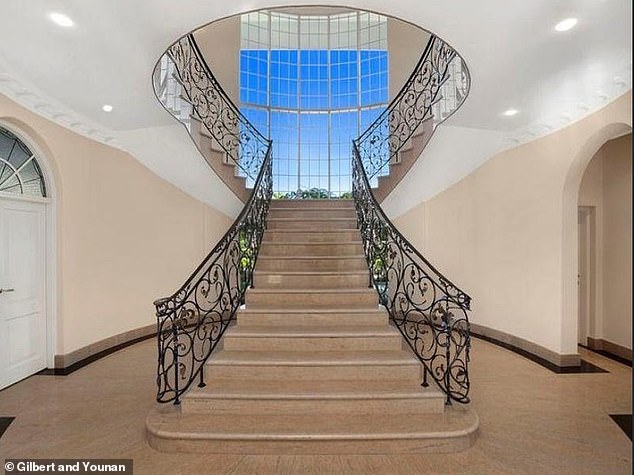 The home features sweeping marble floors, an apartment for guests, and enough room in the garage for six cars 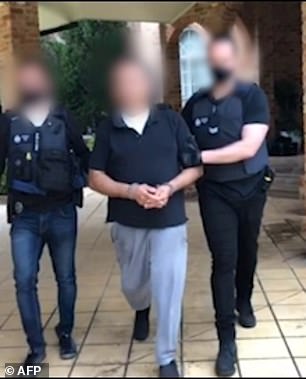 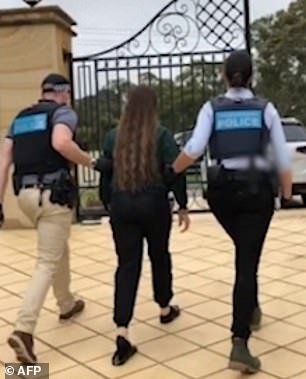 Pictured: Aeisha Shah being escoted out of her resort-style home on Thursday

Police also allege the 56-year-old monitored the employee’s phone calls to family, kept isolated from the community and denied him access to a bank account.

Mr Shah has been charged with conducting a business involving the servitude of another person and trafficking in persons – entry into Australia – deception as to sexual services, exploitation or confiscation.

Mrs Shah was charged with conducting a business involving the servitude of another person. 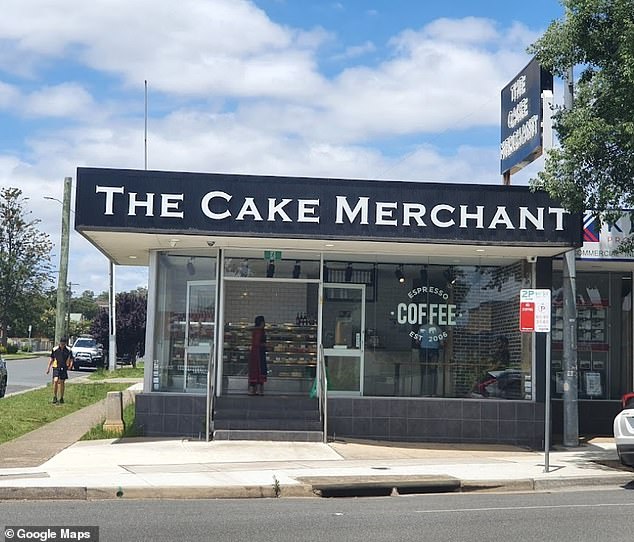 The Shah’s own five stores around Western Sydney. Police raided businesses in Liverpool, Bonnyrigg and Campbelltown 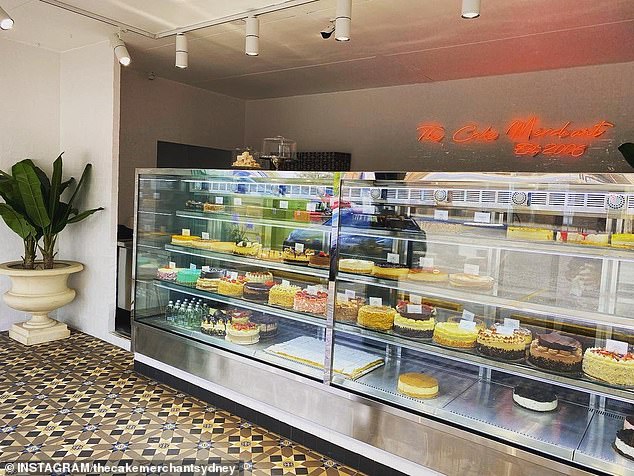 The alleged victim was an employee at The Cake Merchant (pictured), which specialises in cheesecakes

The pair were granted bail under strict conditions and will front Downing Centre Local Court on December 14.

AFP Detective Inspector Jeremy Staunton said more than 100 reports had been made by the public regarding human trafficking.

‘For the financial year 2020/2021, the AFP received 224 reports of human trafficking, slavery and slavery-like offences,’ he said.

‘So far this financial year the AFP has received 111 reports.

‘Human Trafficking investigators work tirelessly to help victims struggling through atrocious slavery-like situations and to ensure they are removed from harmful situations, and their abusers face the full extent of the law in Australia.’