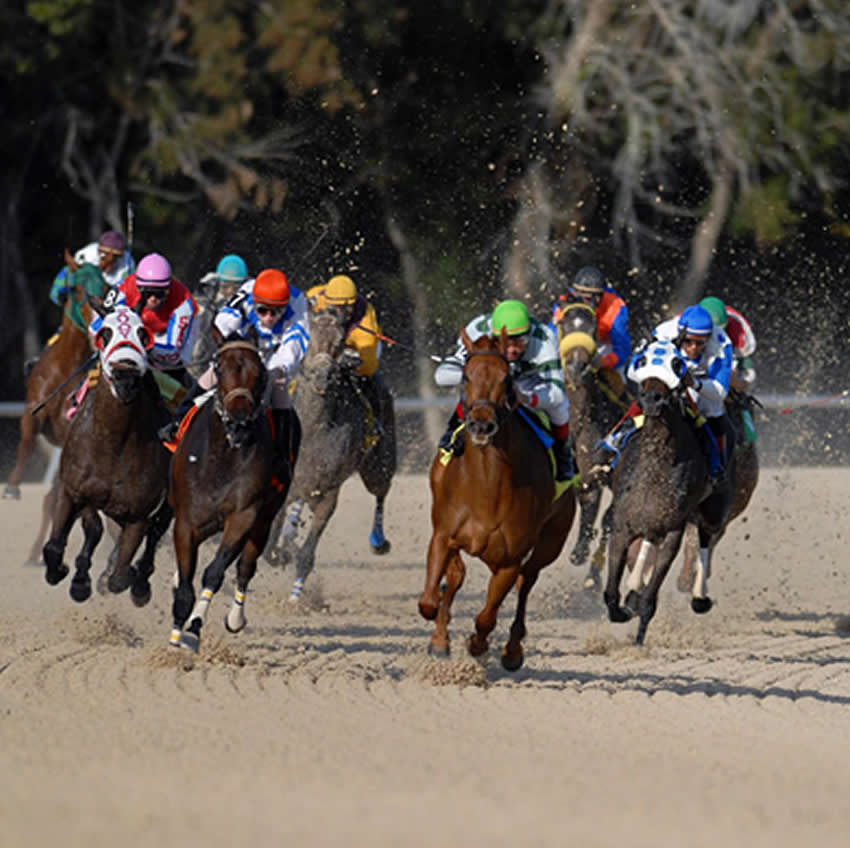 There is nothing quite like going to the track to see the races for the day. Horse racing is probably one of the oldest spectator sports in the world, it reminds us of Ancient Rome, and the King of old racing horses and placing bets in currencies long-lost.

A majority of nations around the world enjoy horse racing, and most English-speaking countries have venues that are jam-packed with spectators during the sporting season.

Whether you enjoy the races for the Preakness Stakes betting or just because you love the thunder of hooves on the track, let’s tell you about the 5 top racing tracks in the world!

Much like which jockeys or which horses are the best, the best tracks are also highly debatable. We have put them in order from 1 to 5, but we know that some may view things differently. However, these are just the generally viewed best tracks for the races.

Saratoga Springs is located in New York and was established in 1863. It is one of racing’s most revered venues as it has been home to some of the top racers in the history of horse racing.

Enough of the top horses in history have been beaten here to have the track nicknamed the ‘Graveyard of Champions’.  Man o’ War was actually one of the horses to be defeated here, and American Pharaoh as well.

Both of them suffered their only losses of the season on this track. While it may not seem as big as some of the other tracks, its reputation as being the place where champions are defeated has given it a lot of fame.

At number 2 we have the Churchill Downs in Louisville, Kentucky, established in 1875.

This racetrack is so significant that it plays the part in the biggest race in the U.S. The Kentucky Derby. This race is held on the first Saturday of May, and it brings more than 100,000 spectators to the track.

Recently the fever surrounding this Derby event spills over into the days before. Thursday and Friday before the Derby, there are also a lot of crowds and some top-of-the-range horses running.

It is no real surprise that the course of the Kentucky Derby has made it onto our list.

The Royal Ascot is found in Ascot in the UK, it was founded in 1711, and is probably the biggest track in the country.

The meet held here is far from just a few racing days in June each year, it is also one of the nation’s most revered social events as well, and even graces appearances from the Royal Family.

This includes Queen Elizabeth who owns everything high-level thoroughbreds. The racing quality is just as powerful as you would find anywhere else, and it attracts people worldwide, from Australia and America, most notably.

Santa Antia is found in Arcadia in California, it is a more recent track, established in 1934.

It is nicknamed the ‘Great Race Place’. Its first-ever handicap race was in 1935, and they started it with a humongous purse of $100,000 which was definitely more than enough to bring in the top dogs!

The track has also started to hold big events too, it has played host to the Breeder’s Cup 10 times already. Being located on the eastern side of Los Angeles, this track has a great position, and it is an ideal location for racing.

Since we know that weather can affect the races, in a very unchanging place like Arcadia, the location is perfect!

Some people may not agree with our 5th choice but bear with us here. We have Keeneland, in Lexington, Kentucky. This is another more recent track, established in 1936.

Keeneland is the home of two short meets each year. In the spring it holds the Blue Grass Stakes, which is one of the most important preparation races for the Kentucky Derby.

Then in the fall, there are several events that are used as stepping stones toward the Breeder’s Cup. Keeneland is actually one of the final tracks in the U.S. to have a public-address system strangely enough.